A controversial police investigation into a 2016 car-pedestrian crash that left one teen dead, another injured and a young man paralyzed on the Delaware Nation in southern Ontario, has been deemed satisfactory by the province’s police watchdog.

A car turned off an intersection regulated by a four-way stop and plowed into the trio.

The OPP said there was no sign the driver, Brayden Hopkins, then 21,  was speeding, had been impaired or distracted.

He was not charged.

But questions swirled around the quality of the police work and the investigation left the community and victim’s families with more questions than answers.

People questioned how the car could have just finished a turn after a four-way stop, it would have enough velocity to hit and launch 350 lb Baily Jacobs, 16, dozens of metres to her death, embed her then-24 year old half brother Tanner Whiteye in the windshield and keep going for about 100 metres before stopping.

People, including then-17-year-old Jordi Whiteye, who was also hit, felt investigators went out of their way to not properly investigate.

But a 33-page report by Office of the Independent Police Review Director (OIPRD) found that wasn’t the case and dismissed allegations of misconduct, neglect or shoddy work.

APTN Investigates found those witnesses for the story The Crash  both of whom had information that may have been pivotal to the investigation, had they not been ignored at the scene.

Tracey Whiteye is one of those witnesses.

The health and addictions worker lives near the crash site and ran to console the distraught driver.

Hopkins was a beloved hockey hero and former police cadet in the community and knew the three people he hit.

Whiteye was in very close contact with Hopkins for several minutes hugging him and trying to calm him down with deep breathing exercises, face to face.

Her observations that night could have been of useful to police but they didn’t speak to her, nor did they get her name and contact information to speak to her later. 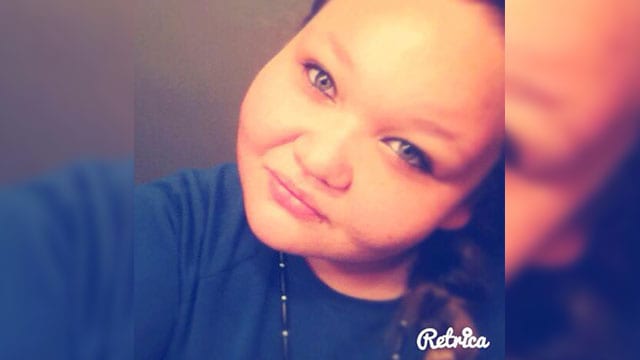 (Bailey Jacobs, died two days shy of her 17th birthday when she was hit at Moraviantown in November 2016)

Whiteye told APTN both the Delaware Nation police and the OPP seemed to ignore the driver for at least an hour before placing him in a cruiser to transport him to the Chatham-Kent detachment.

According to the OPP investigation, no officers noted a smell of alcohol on the driver or any other signs of impairment so they didn’t administer a breathalyser test.

According to the OIPRD report, their investigator spoke with the officer who eventually took custody of the driver and the officer reiterated they didn’t see or smell alcohol. With no witness reports to the contrary, had no grounds to administer a breath test.

The OIPRD report also says even if they found problems with the investigation, they’d have no grounds to do anything about it because technically, the local First Nations police force was listed as the lead agency, and the OIPRD has no jurisdiction over the Moravian Nation Police.

APTN obtained the investigation from the OPP.

All reports and notes were done by OPP officers — none was done by any of the three people who make up the First Nations police department.

Moraviantown Police Cst. Lance Stonefish, however, had previously told APTN that  the OPP was in charge of the investigation and told him he is  “not allowed to comment on anything.”

APTN retained long-time Winnipeg Police Service traffic investigator Damian Turner to review the investigation, looking for answers to the questions many people had. 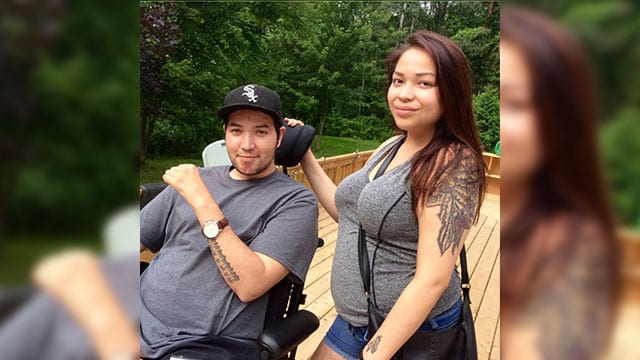 (Tanner Whiteye, was 24 when he was left paralyzed and Jordi Whiteye, who was 17 when the crash occurred)

Turner said if any of his officers handed him a report, they’d be going back to the scene.

“I would be shocked,” he said. “I would send them straight back to the scene to continue the investigation.

“But I would be incredulous that they would believe that was a proper and thorough investigation.”

He explained the problem with not immediately detaining a driver involved in a serious collision.

“The person who was driving the car and the condition they’re in at that time, if they have been drinking or have drugs in their body, their behavior, the smells, the way they look — that all forms evidence and that needs to be preserved and the only way to do that is to detain them while you conduct your investigation,” he said.

The OIRPD concluded though, that there was “extensive and well documented background in the collision Investigation.”

While no officers determined the speed of the vehicle or why the driver didn’t see three people walking despite having his high beams on, and why he didn’t stop upon impact, the OIRPD concluded “there is insufficient evidence to establish that (officer) misconduct occurred in this complaint. As a result, with respect to the allegation, the conclusion is: unsubstantiated.”

They also determined no neglect of duty occurred in this case.

Alma Jacobs, Baily’s grandmother, believes the OPP listed Stonefish as the lead to avoid being held responsible for an investigation they ‘went through the motions” for.

She’s angry the OIPRD didn’t bother to interview witnesses who had been ignored by the OPP and believes they’ll never get answers or justice.

Hopkins, is 24 now and playing hockey in Sweden.