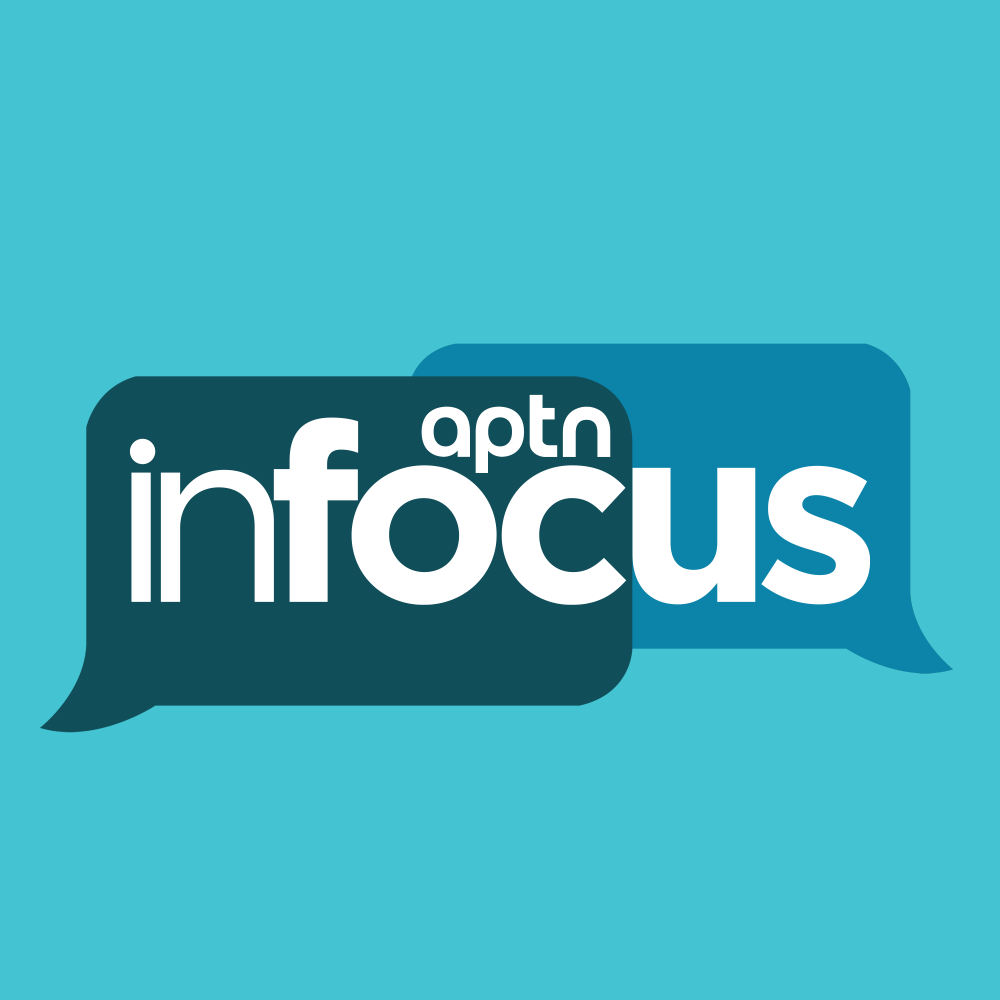 InFocus advances the latest news stories and puts them into perspective.

Join host Melissa Ridgen as she puts the news, viewers want to see “in focus”, providing in-depth analysis to give the ‘story behind the story’.

Informational and educational, InFocus provides a detailed examination of the issues affecting our communities.

To subscribe to the InFocus audio podcast, choose your player below or copy our RSS Feed.

Importance of Rez Radio during a pandemic

On the season finale of InFocus we’re discussing the importance of rez radio during this pandemic. We’ll get an update from a Brandon Manitoba couple who had their newborn taken on questionable grounds.

With many stressed during this new normal, join us as we put pandemic grief InFocus. Later in the show, we hear from two APTN Investigates reporters on how they discovered an untold Canadian shame.

How COVID-19 is impacting the Navajo Nation

On this week’s InFocus: How COVID-19 is impacting the Navajo Nation; getting surplus food to First Nations in need; women, children and two-spirits at risk during the pandemic; an update from our doctors panel; and we meet the three Indigenous journalists who will be telling your stories in the Okanagan region.

Your questions on COVID-19, answered

On this week’s InFocus we have a panel of Indigenous physicians from across the country weighing in on the COVID-19 pandemic including Dr. Marlyn Cook from Misipawistik Cree Nation in Manitoba, Dr. Dan Cutfeet from Alert Bay in B.C., Dr. James Makokis from Kehewin Cree Nation in Alberta, Dr. Veronica McKinney from Northern Health Services in Saskatchewan and Dr. Lana Potts from Siksika Nation in southern Alberta.

With schools closed during the COVID-19 pandemic, many parents have been thrust into the role of full-time teacher. On this episode of InFocus we ask how it’s going home-schooling your kids?

What tricks and resources have worked?

How the COVID-19 pandemic has impacted CFS

Imagine the COVID-19 pandemic meant you can’t see your child any more.

That’s the reality for many parents whose children are in foster care.

We’ll talk to some including a couple who are charged with kidnapping their children from a supervised visit.

They say because they were scared to leave their children in foster care during a pandemic.

Twenty years ago this week, APTN News aired its very first newscast back then it was called InVision News.

On this episode of APTN InFocus we discuss the past two decades of the world’s first national Indigenous newscast.

Coping with COVID: What are you doing to keep busy?

We’re three weeks into our lockdown and while some of us are going squirrely others have found fun or productive ways to pass the time in isolation.

On this episode, we’re putting coping with COVID InFocus.

We’ve got some great stuff to share with you and we want to hear from you too – what are you doing to keep busy? What tips do you have for keeping the kids entertained?

This April 1 episode of InFocus got appropriately foolish with some of the funniest Indigenous folks providing us with laughter.

The laughs kept rolling with videos by viewers, made while everyone is isolating from COVID-19.

What’s being done in communities to deal with the COVID-19 pandemic?

As the COVID-19 pandemic grips the world, what’s being done in our communities to help?

We speak to women making a difference and have plenty of advice on how you and your loved ones – and communities – can stay safe whether you’re in a remote community or an urban centre.

Well it’s happening. And there’s a new report in the Canadian Medical Association Journal discussing how it works, what the benefits are, and how it needs to reach more care facilities, nursing stations, clinics and urban hospitals.

We’ve got a team that’s doing this, joining us to chat about how it works and how it could be implemented where you live.

What effect could work camps have on Indigenous women once construction on CGL pipeline starts in B.C?

Ashleigh Cardinal is Cree from Goodfish Lake and has spent nine years working in the oil and gas industry.

Victoria Redsun is Dene-Cree from Barren Lands who has spent much of her life fighting the oil and gas industry.

Despite coming at it from different perspectives of the industry, both fear the effects that 14 work camps associated with the CGL pipeline will have on 20 Indigenous communities in northern B.C., particularly women and girls.

APTN InFocus discussed the arrests, the media coverage, the racism, government reaction, and the broader issues in the Wet’suwet’en conflict.

We were joined by Molly Wickham, the spokesperson for Gidimt’en Access Point; Ellis Ross, the Liberal MLA for Skeena in B.C. and a former Chief Councillor of the Haisla Nation; Dan David, a Mohawk journalist who was the first news director of APTN News; Sharlene Gale, the Chief of Fort Nelson First Nation in British Columbia; and Brett Forester, a reporter for APTN News.

Breaking The Base: Reporter shares how he infiltrated a hate group

It’s a news story that’s fit for a Hollywood screenplay.

A local news reporter infiltrates a hate group, finds at least one of the recruiters is a military reservist and shortly after he blows the lid off the story. Then the reservist vanishes only to surface five months later south of the border, caught up in an FBI sting involving a terrorist cell that’s plotting a violent white revolution.

Ryan Thorpe is the Winnipeg Free Press reporter who broke the story Homegrown Hate back in June 2019.

Who is eligible to be registered in your band and who gets do decide?

The question of who is eligible to be registered in a band – and who makes that decision is the focus of a short APTN News Perspectives series.

Correspondent Tamara Pimentel spoke to families who have children that are not included on a band’s roll for one reason or another.

There are other families who are having trouble registering their child with their bands.

Tamara shares the stories of two same sex couples who cannot get their kids registered.

But Ottawa has deemed only half – about 700 schools – are eligible.

The other half – some 680 schools, sanatoriums and other facilities – they said, weren’t entirely run or funded by the Government of Canada and are excluded from the settlement.

APTN InFocus sorted through what this all means.

Metis Infighting and over-representation of Indigenous people in prisons

The Legacy of Idle No More put InFocus

Idle No More, it would be called, was a leaderless groundswell of opposition that some say had been simmering for a while when it finally came to a boil.

In a sweeping, two-part documentary, producers, directors Tim Fontaine and Rick Harp look back on the movement; what triggered it, how it grew through social media, how it galvanized unrest, what effect it had on non-Indigenous onlookers and mainstream media, and what its legacy will be.

What are the lessons learned from the devastating fires in Australia?

In this episode of APTN InFocus: An Indigenous fire management expert is teaching traditional forest management practices to hopefully prevent a disaster like the Australia from happening here.

And Dakota Elder and Sundance Chief Wanbdi Wakita talks about the warnings this world has ignored, but what we can do now to learn from the fires devastating Australia.

Lateral violence a ‘colonial hangover’ we need to heal: prof

Lateral violence is violence and bullying directed against one’s own people or peer group and is prevalent in First Nation, Inuit and Metis communities. In this episode of APTN InFocus, we discuss why it happens and what we can do to stop it.

In 1939, the Manitoba government and RM burned down the Metis community of Ste. Madeleine to make room for settler’s cattle to graze. In this episode, we meet descendants of this tragic history.

Host and actor Whoopi Goldberg was wearing a red beaded jingle dress medallion on Monday’s show. She’d been gifted it during a chance run-in with MMIW advocate Connie Greyeyes.

Goldberg reportedly kept staring at Greyeyes’ medallion, which she bought from Daniels.

That and more in this episode of APTN InFocus.

In this episode of APTN InFocus: The province of Manitoba which has the highest rate of kids in foster care says it’s slowly changing the way the embattled system works.

According to the province, there has been a 35 per cent reduction in birth alerts issued for moms and their newborns and an 18 per cent overall reduction in the number of child apprehensions compared to 2018.

There’s been a shift in language from global warming to climate change to climate crisis – the words people are using to talk about how humans are impacting the health of the planet have become more urgent.

While there was a back and forth with the science for decades, scientists are almost unanimous now in saying climate trends over the past century are extremely likely due to human activities.

There’s little shock that Indigenous musicians are on the rise in number, reach and influence, but even long-time industry insiders had a bit of a jaw-drop when a new study revealed just how much the industry is contributing to Canada’s economy each year.

The National Indigenous Music Impact Study is the first of its kind, and was undertaken by APTN.

Reporting on our people: a media check-up is put InFocus

Substandard media coverage of Indigenous people or issues has been well-documented and criticized over the years but in this era of reconciliation, has it improved?

That’s the topic of this episode of APTN InFocus.

Canada has apologized to and compensated residential school survivors, and years later offered to settle with day school survivors, but thousands of former students remain excluded from both despite Canada’s insistence that it’s committed to truth and reconciliation.

On this episode of APTN InFocus, we talk to residential school survivors and their thoughts on the federal settlement.

Pipelines can be a boring and predictable back-and-forth between corporate interests and the activists that oppose them.

But what happens when the issue is tackled using elaborate pranks and hoaxes on non-Indigenous people?

That’s the tack of the satirical Indigenous Pipeline Council, whose members were guests on this episode of InFocus.

It’s the time of year we all love a good scare and there is no shortage of legends in our communities that’ll do just that.

Qalupalik — sea witches who steal children who get too close to Arctic waters.

As well as the warning – never whistle or sing under the northern lights.

She won for the New Democrats – the first time that party has won the seat since Nunavut became a territory 20 years ago.

Qaqqaq has worked various government jobs in the territory including as an employment adviser and wellness specialist, but she’s also a well-known activist and public speaker.

Housing crisis not fixable under current model, but can be made worse with bad government

It’s a problem that doesn’t go away, government after government, generation after generation. There’s a housing crisis affecting too many First Nations and the problem exists off-reserve too.

Is the problem getting worse? Getting better?

On the season premiere of APTN InFocus: A Brandon Manitoba family, who is in a bitter battle with Michif CFS over their five-month-old infant son, says the system is unfairly rigged against families who are forced to comply with unreasonable demands like unwarranted supervised visits.

They say if you try to fight back, you risk losing your child for good to the system.

Their baby is one.

Connect with the Show