Police have arrested a suspect in connection with a triple homicide that killed three members of a Metis family in Prince Albert, Sask.

The Prince Albert Police Service announced the arrest late Tuesday but did not name the man or reveal his relationship to the family. Police said he was known to the victims.

Found in a home Sunday were the bodies of Denis Carrier, 56, Sandra Henry, 56, and Bentlee, age 7. A five-year-old girl, Kendrah, remains in hospital in stable condition, police said in a release.

Police said the children’s surnames were being withheld at the request of surviving family members. Autopsies were scheduled to be completed later this week to confirm cause of death.

APTN News spoke briefly with the children’s mother Tuesday. She said they were of Metis heritage before declining an interview.

“The Prince Albert Police Service is not looking for any other suspects at this time,” the release added.

A GoFundMe account was opened to help defray funeral costs.

Meanwhile, police in a community several hours north of Edmonton continue to hunt for the killer or killers of two Metis hunters.

The bodies of Jake Sansom, 39, and his uncle, Morris Cardinal, 57, were found on the road early Saturday morning north of Glendon.

They two were shot to death.

The pair spent Friday moose hunting and fishing for food after Sansom lost his job due to the COVID-19 economic downturn, according to various posts on social media.

“I am a very motivated person i love to help others and i work my ass off to try and succeed,” Sansom, a heavy duty mechanic and volunteer firefighter, said in an earlier post on his Facebook page.

Condolences described Sansom as a gentle person with a big heart who would help anyone he could. He was married and had three young children.

Bonnyville RCMP are looking for more information about two trucks seen driving on Range Road 84 between 8 p.m and 10 p.m on Friday near where the men were killed.

Cardinal had five grandchildren and three stepchildren. He was also described as big hearted with a ready laugh.

A GoFundMe account was set up to help the victims’ families. 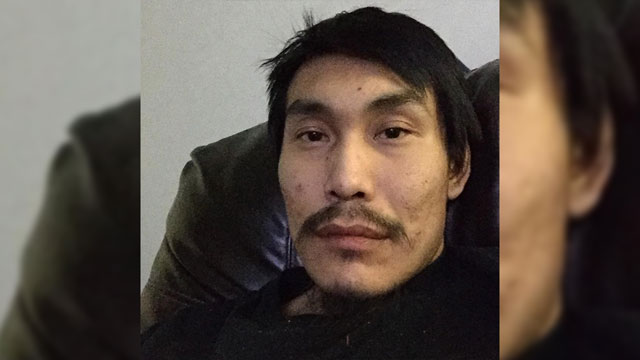 (Two women are suspects in the Winnipeg homicide of John Kirkwa of Nunavut. Facebook)

In Winnipeg, homicide police have charged two suspects in connection with the death of an Inuk man from Arviat, Nunavut.

The body of John Oohoonni Kirkwa, 33, was discovered in a garbage bin in a north Winnipeg neighbourhood by a homeowner on March 25.

APTN News has learned Kirkwa was in Winnipeg unrelated to medical or COVID-19 travel.

Police declined to reveal further details about what he was doing in the city or what led up to his death.

With files from Priscilla Wolf