Ronnie Cardinal stares down at the rubble of where his home once stood.

He lived off the land surrounding the home that housed himself, his wife and their four children.

“To come to my house and see it like this. I don’t know what to think anymore.” 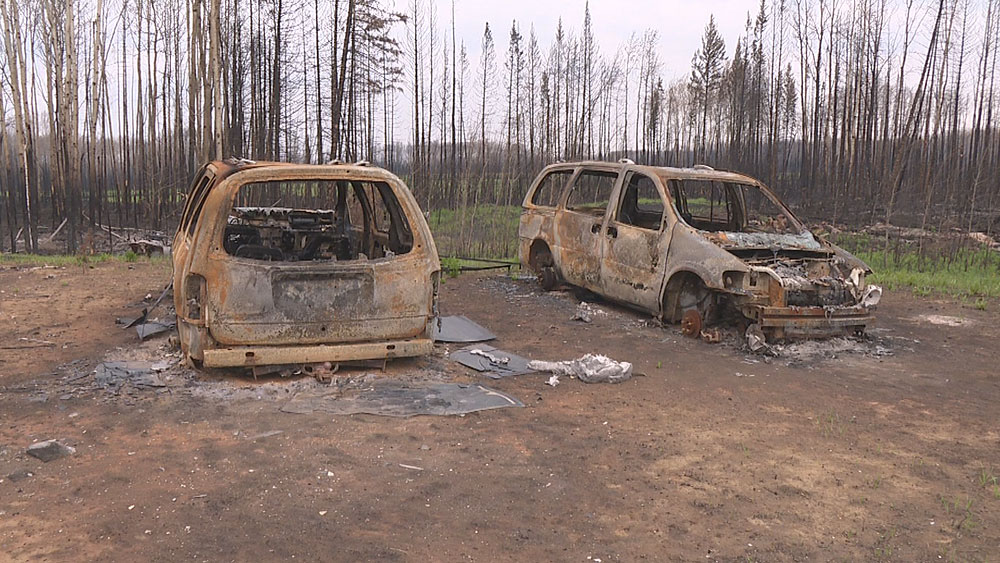 Down the road, smoke smoulders around his childhood home.

A massive wildfire in northern Alberta forced thousands from the Paddle Prairie Métis Settlement to flee their homes in May.

After a month of being evacuated, members have returned.

But many, like Cardinal, don’t have homes to return to – 15 houses burned to the ground.

Residents returned to a bittersweet welcome of Welcome Home signs, hugs and a starter kit of food and supplies to bring to their homes.

“A little choked up, happy to be here,” said Tina Badger, who evacuated to Peace River with her family. “It was very heartbreaking knowing that community members lost their homes. We were fortunate enough to not lose ours.”

Cardinal said he will be staying with family. Others that have lost their homes will have temporary housing available to them.

Vice Chair of the Settlement, Lori Wanuch said the Métis Settlement General Council have provided funding to begin the re-build of homes.

“We’re confident that the government is going to replace those funds,” Wanuch said. “They wanted to get the process flowing faster so we could get those 15 homes built.”

Cardinal said the past month has been a nightmare. And although his home will be re-built one day, nothing can replace a home full of memories.

“This was my home. I never left this place and it’s very hard to see it like this.”