You might not think of a children’s fish camp as a form of educational empowerment, but that’s exactly the case in the Yukon.

Last week, school children from a handful of Yukon schools were invited to participate in a day camp at Helen’s Fish Camp outside of Whitehorse.

The directorate will help First Nations employ more control over the education of Indigenous students in the Yukon, while also working toward its own school board.

At the camp, Indigenous and non-Indigenous children alike were invited to participate in traditional games and activities, such as drumming, sport games, medicine making and storytelling.

“It was so much fun because I love the outdoors and I feel like I’m getting to be with my friends,” said Brody, a fourth grade student at Takini School.

“We played hand games and went to see fish and then went to go see plants. I had fun,” said Teanna, another student.

Teanna’s grandmother, who’s also an education advocate for the directorate, said she’s happy to see her granddaughter and the other children learning outside of the classroom.

“Even though they’re small, we engage in all the traditional values and things that we have at home,” she said. “We have the knowledge, teachers and elders that do a lot of this explaining to children. It takes time, but eventually they enjoy it.”

Elder and storyteller Chuck Hume said teachings at the fish camp are important for preparing the next generation.

“Somewhere down the road you have to learn the life that we lived, where our stories come from, why we’re so close to looking after our countries.”

Last month, the directorate gave away 30,000 pounds of salmon to First Nation families as part of its nutrition program, and just recently helped secure $950,000 to purchase devices for students impacted by COVID-19.

Melanie Bennett, the directorate’s Executive Director, said it’s a much needed step towards self-reliance and autonomy.

“I think those are both opportunities to say changes are necessary, and you have First Nations that have said ‘here’s a body that can support us with it,” Bennett said.

While the directorate is targeted at First Nations students, Bennet said its objectives are meant for all Yukon children, and all children are welcome to participate in its programming.

“We don’t need to have the same model of residential schools, but on a First Nation pedagogy. We would have our own system with our own ways of knowing and doing, and that would be open to all.”

The directorate is now looking at introducing a mobile therapy unit, where children in rural areas could receive a range of therapies, as well as lifelong learning programs.

“First Nations have had our own ways of knowing and doing for a millennia, and it was lost for a number of reasons throughout history,” Bennet said. 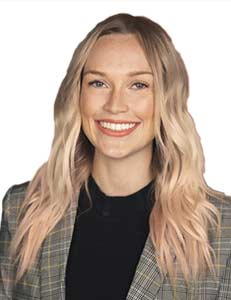