Willow Fiddler
APTN National
Hundreds of people were stranded last week in Manitoba and Ontario after an airline says it grounded its fleet to prepare for the busy travel season ahead.

But the grounding of the Perimeter Aviation’s fleet comes shortly after a regularly scheduled inspection of its 31 planes by Transport Canada.

By Friday, Perimeter issued a statement on its Facebook page explaining they were conducting a “voluntary inspection” on its fleet.

Chief Sharon Mason of Wasagamack First Nation said she was stuck for three days in Winnipeg. She took advantage of the flights Wasaya airlines was offering for one day only and finally got home Sunday.

Mason said passengers were being checked in at Perimeter on Saturday for flights that management had already cancelled and frustrations were growing.

“There were people getting really upset in the airport,” she said. “I was afraid at one point a fight was going to break out between a couple of guys because they were getting on each other’s nerves but they didn’t even know each other.”

Mason said people have complained about Perimeter for years.

“So now it’s even worse where people are saying do something, get someone else out here.”

Carlos Castillo, vice-president of commercial services for Perimeter told APTN in a telephone interview the company took advantage of the weather to conduct inspections in a preparation for a busy travel season.

He admitted that the timing of the voluntary inspections was not calculated properly leaving a backlog of passengers.

“It’s taking much longer than what we initially expected and those coming out of inspection one at a time at a much lower pace than we originally anticipated,” said Castillo.

Castillo did not say what the planes were being inspected for. 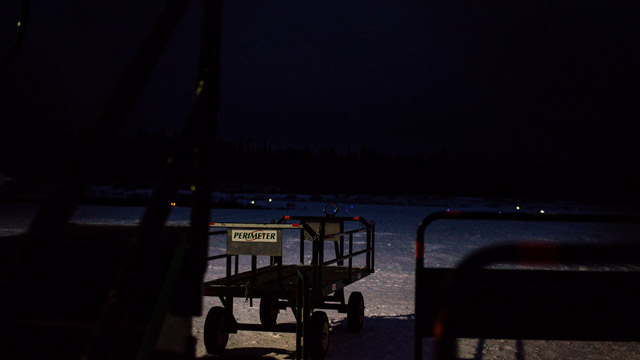 Perimeter said they were working with partner airlines in efforts to get passengers home, but Michael Rodyniuk, president and CEO of Wasaya Airways said their offer to help with planes wasn’t accepted.

Rodyniuk said the chiefs of Island Lake, Red Sucker Lake, St. Theresa’s Point and Sandy Lake, ON welcomed the opportunity for Wasaya to help get community members home, especially the elderly and sick.

Hundreds of passengers had been stranded for days unsure of when they would be flying home.

Perimeter has been providing daily updates on social media and while passengers are being compensated with accommodations and meals, chiefs from the communities affected just want their people home.

The airline is the only passenger airline to service the Island Lake communities of Wasagamack, St. Theresa’s Point and Garden Hill First Nations.

Mason said doctors had to leave on medivacs and patients hadn’t been moved in five days.

“We’re just lucky no one died.” 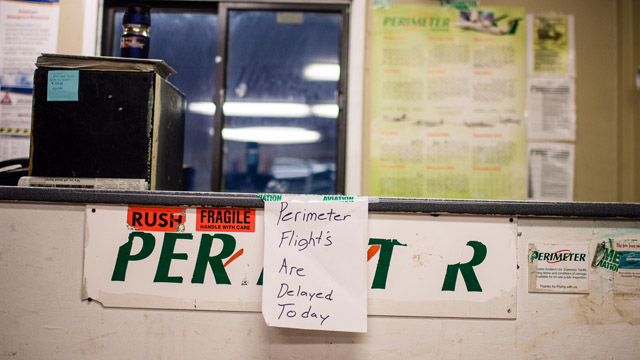 Wasaya Airways is a First Nations owned airline operating in northern Ontario. They don’t service any passenger flights out of Winnipeg but they are using the opportunity to look at expanding its services into northern Manitoba.

“Obviously there’s a need in these communities for another carrier or two to provide service,” said Rodyniuk.

“If you only have one carrier flying into a community you’re reliant 100 per cent on that community and especially in these First Nations communities that have air access only for most of the year, if something were to happen to an airline you’d be really out of luck so we’re looking at expanding into Manitoba being able to provide the level of service to those folks here in Manitoba.”

Perimeter operates passenger flights from Winnipeg, Thompson and Sioux Lookout to over 20 communities in northern Manitoba and Ontario.

Transport Canada said it recently conducted a regularly scheduled inspection and did not ground any of Perimeter’s aircraft. They added any safety deficiencies identified requires immediate attention to protect the public.

As of Monday afternoon, Castillo said everything has returned to normal.

APTN tried to book flights on Perimeter and was unsuccessful.

The McDougall inquest was delayed Monday in Winnipeg because the family couldn’t fly in from Wasagamack First Nation.