Delaney Windigo
APTN National News
Renowned Indigenous architect Douglas Cardinal says he was disappointed with Monday’s court ruling that dismissed his request for an injunction to stop Cleveland’s baseball team from using its name and logo in Ontario.

“I am deeply disappointed in the court’s ruling, however, today was a victory in that  at a national — and even international — level,” Cardinal said in a statement.

Just hours before the first pitch in game 3 of the American League championship series between Cleveland and the Toronto Blue Jays, Justice Thomas McEwan dismissed the legal challenge. McEwan did not give a reason but said he would later in a written statement.

In a courtroom packed with lawyers for Rogers Communications and Major League baseball, Cardinal argued the team name and logo, which includes the depiction of an Indigenous caricature called Chief Wahoo, is racist. 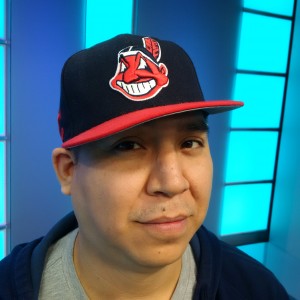 Cardinal was asking for a ban on commentators from using the name and a ban on the broadcast of the logo. Despite the looming opening pitch time, lawyers for Cardinal believed this was achievable.

Lawyers for Rogers Communications, the owners of the Toronto Blue Jays, broadcaster Sportsnet and the stadium where the team plays, questioned the timing of the court proceedings, arguing Toronto has been playing Cleveland since the 1970s.

Just last week Blue Jays broadcaster and Sportsnet employee Jerry Howarth made media headlines when he said he hasn’t used Cleveland’s team name in almost 25 years, after receiving a letter from a fan.

Cardinal’s lawyer Michael Swinwood told reporters later this was just the start and his client will proceed with his human rights complaint.

Cardinal is a world-renowned architect whose buildings include the Canadian Museum of History (formerly the Museum of Civilization) in Gatineau, Que., and the National Museum of the American Indian in Washington, D.C.

His advocacy also includes an effort to stop a development near Victoria Island on the outskirts of downtown Ottawa.

A number of U.S. media outlets posted stories about the injunction request including the New York Times and ESPN.com.