The deputy grand chief of the Association of Iroquois and Allied Indians says he has a clear message for Canada as he and other leaders from across the country head into the Assembly of First Nations’ Special Chiefs Assembly, which begins in Ottawa today.

“There’s stuff you gotta stop doing right now, because this is not any part of reconciliation,” said Gord Peters.

Prime Minister Justin Trudeau is scheduled to address the assembly Tuesday afternoon, hours after a First Nations youth-led rally on Parliament Hill that’s part of a growing movement to stop the Liberals’ planned Recognition and Implementation of Indigenous Rights Framework.

The government originally hoped to table a framework bill before Christmas in an effort to have new legislation in place by the fall federal election. Now, some are questioning if anything will be tabled by October.

Crown-Indigenous Relations Minister Carolyn Bennett, who will also address the chiefs Tuesday, has said the government won’t rush the framework and wants to co-develop it with Indigenous groups.

But even that prospect seems increasingly unlikely the way things have gone so far.

Meetings earlier this year with Indigenous groups to discuss the proposed sweeping policy and legislative reform barely got off the ground before First Nation leaders and grassroots people began speaking out against the framework plans and the Liberals’ approach to developing it.

In his Valentine’s Day announcement in the House of Commons, Trudeau said a framework would “include new legislation and policy that would make the recognition and implementation of rights the basis for all relations between Indigenous Peoples and the federal government moving forward.”

He said with new legislation and policies in place Canada would “recognize Indigenous governments, and ensure rigorous, full and meaningful implementation of treaties and other agreements.”

But before long suspicion grew as critics noticed a disparity between Trudeau’s promises and the department’s approach during meetings with Bennett as the minister criss-crossed the country to meet with First Nations people.

By the end of summer chiefs were lining up at the AFN’s September framework policy forum in Gatineau, Que. to scorn Bennett.

An AFN summary report of that forum calls the government’s engagement process a “divide and conquer strategy” and accuses the feds of not being transparent about what it was hearing from First Nations.

According to the report the sessions “fell short of full, fair and meaningful participation and were rushed.”

Association of Iroquois and Allied Indians (AIAI) leaders have unanimously condemned the framework, calling it “a threat to the inherent rights of First Nations.”

They said the government “continues to emphasize the supremacy of the Canadian Constitution and constrains the possibility for true self-determination among First Nations.”

In June Ontario chiefs also rejected the framework and called on government to do a “hard reset” on the engagement process.

“First Nations need to be leading the efforts on anything that affects their inherent and treaty rights,” the chiefs said.

The government says it has met with approximately 1,662 individuals at more than 100 engagement sessions since February.

Data provided to APTN News by CIRNA shows almost half of the individuals were women, but only around 29 identified as elders and around 90 as youth or students.

The department does note, however, that the figures “may not be perfectly reflective of participation.”

The minister’s office told APTN that 55 individuals participated in the meetings with Mi’kmaq, Wolastoqey and Peskotomuhkati chiefs in February, June and August.

Just one elder participated, according to the department’s records, and no youth.

Asked about the poor representation of elders and youth at the sessions the minister’s office explained in an emailed statement that invitations sent to “Indigenous partners included a direct prompt to the leader of the community-government that ‘Canada is prepared to reimburse eligible travel and related expenditures incurred for up to three individuals per community, with a request that at least one of these individuals be representative of women, youth or Elders.’”

“You’ve got to send a clear message of who you want to invite,” he said. “Don’t say there was only one elder attended when you don’t notify us you want some elders there too.”

Though the department continued meeting with groups into the fall, the last summary published on its “What We Heard” webpage—intended to keep the public abreast of its work—was six months ago. 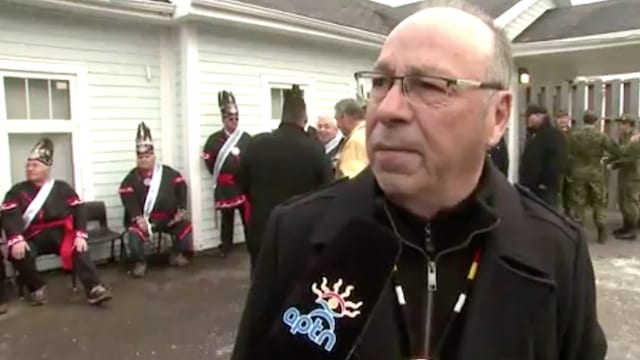 We’koqma’q First Nation Chief Rod Googoo said he wasn’t aware Mi’kmaq leaders were supposed to invite elders and youth to the framework engagement sessions, and that chiefs were only given a few days’ notice. File photo.

At the time of publication the most recent engagement session summary is for the week of May 31.

Bellegarde told APTN in a recent interview that First Nations “took offense” to the government’s approach in engaging with groups.

Putting U.N. Declaration ahead of framework

However, the federal Liberal government will continue on multiple fronts to reshape the relationship between Canada and Indigenous people, she said.

Bennett indicated in an interview with CBC this week that reform is also coming to speed up Canada’s approach to historical claims from First Nations.

All of the government’s policy and legislative changes come as part of its broader effort to transform relations with Indigenous peoples.

As the feds move forward on certain files, some First Nation groups are already putting forward their own proposals for how Canada can engage with them, and what an adequate approach to developing a broader rights recognition and implementation framework would look like.

The First Nations Leadership Council (FNLC) in B.C. has drafted principles and recommendations on how Canada should proceed with First Nations in that province.

The FNLC says any federal rights framework or associated legislation “must be directed at ending Crown denial of the existence of Aboriginal title throughout proper title and rights holders’ — respective First Nations — territories in B.C. Denial must be replaced by recognition throughout Crown legislation.” 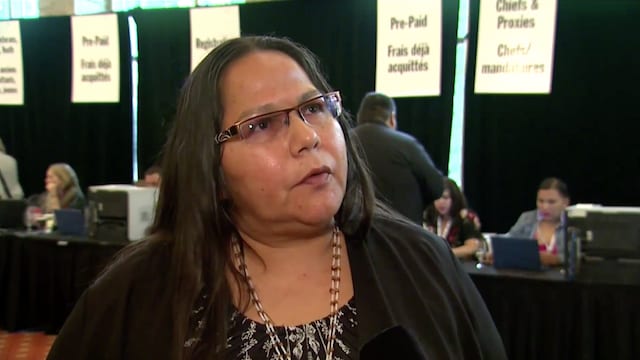 Neskonlith Chief Judy Wilson says First Nations in B.C. are working with the province to co-develop legislation to implement the United Nations Declaration on the Rights of Indigenous Peoples. File photo.

While questions linger around how Canada plans to get the provinces on board to hash out what changes to jurisdiction around services and title might look like, First Nations and the Government of B.C. announced last week they will co-develop legislation to fully implement UN Declaration.

“It’s all about free, prior and informed consent and self-determination of Indigenous people,” she said, adding it makes more sense to “implement UNDRIP and use that as our framework, than what Minister Bennett was pushing with the recognition and implementation of rights framework.

“If there’s a reset that needs to happen” with the federal government’s efforts to develop an Indigenous rights framework, “then UNDRIP can be a good pathway, a good step in the right direction,” she said.

With files from Angel Moore and Dennis Ward.