Jessica Deleary hauls jerry cans from her garage in Dettah, Northwest Territories, out to her snowmobile. She’s getting ready to go out on the land and leave the threat of COVID-19 behind.

“I’m feeling a little uneasy, anxious,” she says. “Being disconnected for a bit will really help. I am finding myself scrolling social media and it is driving me nuts.”

Deleary, a councilor for the Yellowknives Dene First Nation (YKDFN), has a history of pneumonia and worries about being so close to the city of Yellowknife as the novel coronavirus takes hold around the world.

After consulting as a family, she is doing what she thinks is best for her son and daughter.

”Being from YKDFN there was a really big pandemic way back in the day a long time ago. The Elders are saying just live off the land, go out in the bush, separate yourself as much as possible and try not to associate with others,” she said.

With a population of 41,462, there’s a lot of room to move around the 1,143,793 square kilometres available in the N.W.T. without worrying about running into anyone.

Even with the vastness, many isolated communities have issues with overcrowding in homes. Social distancing in many cases is non-existent.
Conventional ways of physical distancing employed down south, asking folks to stay home and self-isolate may not be effective.

Community members across Denendeh are taking matters into their own hands by going on-the-land during the covid-19 pandemic.

On Mar. 30, the territorial government and Indigenous Services Canada announced $2.6 million to pay for on-the-land initiatives.

“Many families in the Northwest Territories have already begun to move onto the land to cabins and camps where they can maintain safer physical distances than if they were to remain in their home communities,” said a joint release from the N.W.T. and the Canadian government.

“The funds will support many other families who would not otherwise be able to be on the land because of the financial burden of acquiring necessary provisions, such as wood and fuel, food, First Aid equipment, transportation and other items suitable to their situation and culture.”

Deleary welcomes the support.
“We are so isolated to begin with in the north so it is important that we have the finances to live on the land and not worry about running out of gas, food and other necessities,” she said. “This is my first experience with anything like this so there’s a lot of little items I need to take I wouldn’t have thought of.” 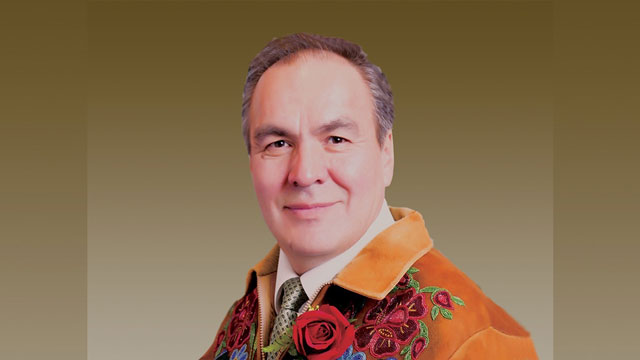 (Dene National Chief Norman Yakeleya welcomes the new funding for on-the-land initiatives to slow the spread of Covid-19 across the N.W.T. Photo courtesy of Dene Nation)

Norman Yakeleya, Dene national chief called the strategy, “the type of prevention that will protect the communities.”

“As Dene we want to set the path or we could say we want to set out a new trail in regards to how we keep our people safe and at the same time relearn new skills, new disciplines,” he said.
Yakeleya noted that each community will determine how they want to spend the money and will need to work closely with the territorial government on medical supplies the government can cover for individuals to get out on the land.

After two weeks of no new COVID-19 cases, Kandola announced a second person had tested positive having travelled from British Columbia back home to Inuvik. This individual did however self-isolate upon arrival.

Spring is the time of year for traditional hunts, nearing breakup season, some ice roads are beginning or have already shut down. Travel on the lakes will become dangerous for isolated communities in the coming weeks.

Yakeleya said that Dene Nation is proposing each community have an emergency coordinator stay behind to monitor people going on the land.

“Even to the possibility of asking the Canadian Armed Forces (CAF) to activate the Canadian Rangers in their communities to assist. And asking our community partnerships with helicopters to be on standby for any communities out on the land,” he said.

According to a Mar. 27 letter to members of the CAF, Canadian Rangers are being put on notice that they may be called to assist.

APTN News asked whether pre-existing restrictions such as the self-imposed moratorium on hunting Bathurst caribou in Łutsël K’é would be lifted.
Yakeleya responded that emergency essential services include food supplies and that Dene Nation will look outside the existing programs to assemble more community hunts.

“When you put a family out 20-30 km out on the land I don’t think the territorial or fed regulations will apply to them that much. In a community yes, but when you are in the bush you have to do what you have to do to live. You can’t say ‘what’s the regulation on this and carry a manual on this. But you also have to be responsible,” he said.

Deleary packed up the last jerry cans for the sleds and said she’s most excited to spend quality time with family.

“With schools being out I think it is a really cool time I can take to teach my kids bush skills,” she said.