The former common-law partner of the man accused of killing Christine Wood told a Winnipeg courtroom he asked her to lie to police for him.

Shirley Houle says she received text messages from Brett Overby, who is on trial for second-degree murder in connection to Wood’s death, asking her to say she didn’t know anything about his online dating account.

Houle was questioned by police on Feb. 1, 2017, shortly after Overby became a person of interest in the case.

Copies of a series of messages sent between Houle and Overby were called into evidence on Wednesday.

In one part Houle wrote, “Gotta go in tomorrow morning for a video statement.”

Overby responded, “Oh shit really?? Wtf? Wonder why. Im actually really nervous about this whole situation. Im getting like anxiety and shit about it..I don’t even know her.” 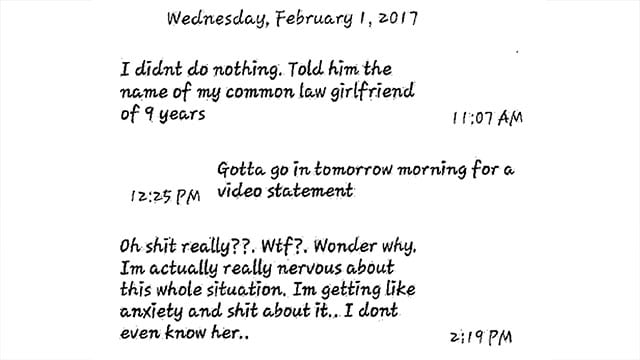 Later in the conversation Overby wrote, “Do me a favour, u don’t know about anything i do anymore k? I DIDN’T do anything, its just im really nervous and would like them to stop bugging me.” 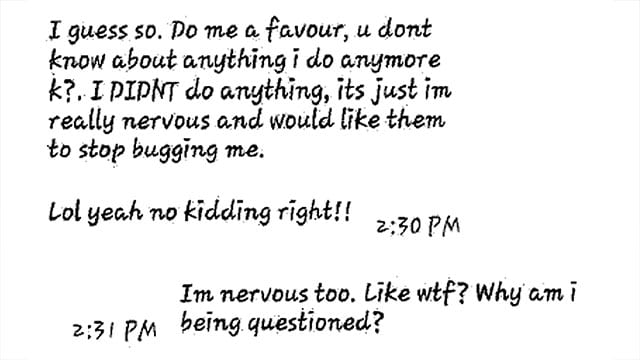 He went on to write, “U don’t know about POF either k.” 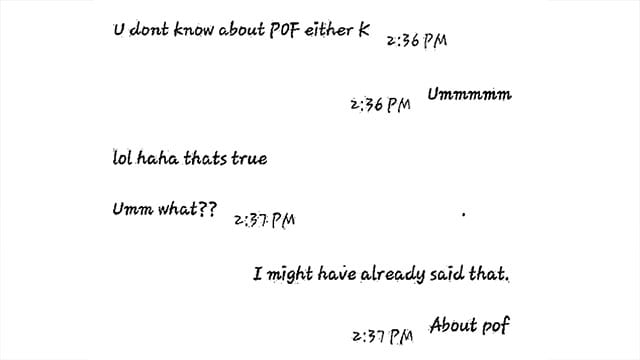 Houle says the couple were together almost 10 years before they broke up in March 2016.

She said they remained friends afterwards and Overby even asked her to help him with his profile for the online dating site PlentyofFish (POF).

On Tuesday, the jury heard Wood met Overby through PlentyofFish in August 2016.

The Crown argued Wood went to Overby’s home on Aug. 19, 2016 and that was the last place she was alive.

Wood was visiting Winnipeg from her home community of Bunibonibee Cree Nation when she went missing.

Her parents last saw her at a hotel. She told them she was going to meet up with friends.

Court previously heard two messages sent from Wood’s Facebook account led them to Overby’s home in January 2017. Police were able to trace the IP address used as one belonging to Overby.

Thomas Guenther, one of the detectives assigned to Wood’s case, testified on Wednesday police were eventually able to determine only one device – believed to be Overby’s cellphone – was connected to his WIFI on the night in question.

Police executed a search of Overby’s house on Mar. 22, 2017 where he was arrested. He was later charged on Apr. 7.

Wood’s remains were found in a shallow grave in a rural area outside of Winnipeg on June 1, 2017.

Houle told the court she ended her friendship with Overby after he was arrested.

At the end of her testimony the Crown asked her to identify a male in a series of photos.

Houle appeared taken aback after opening the folder. She curtly responded, “that’s Brett.” She confirmed the photos were taken in Overby’s home.

The Crown showed the same photos to Melinda Wood, Wood’s mother, on Tuesday. She identified the woman in the photo as Christine. 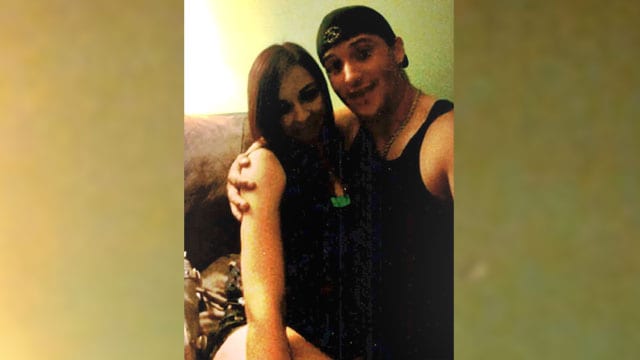 The photos are undated and information about where they came from has yet to be disclosed.

It appears the clothing Wood is wearing is the same clothing her parents last saw her in.

Both Melinda and George Wood testified Christine bought a green bandeau top, a navy lacy top and dark denim shorts on the day she disappeared.

Overby has pleaded not guilty.

The trial is expected to run until May 17.