Through an outdoor initiative project called The Healing Project, Winnipeg locals are incorporating Indigenous culture to the city and creating safer streets for pedestrians and bikers.

Part of the project is building ten cedar planters which line the downtown streets of Rover Ave.

The planters are filled with vegetables, traditional herbs and medicines.

According to project manager Janell Henry, bringing the neighbourhood together is what the project is all about.

“They’re actually a COVID response to the open street so that there is more room for people to walk around,” said Henry. “But they also double as a pathway for language revitalization and bringing Cree and Ojibway back into the landscape.” 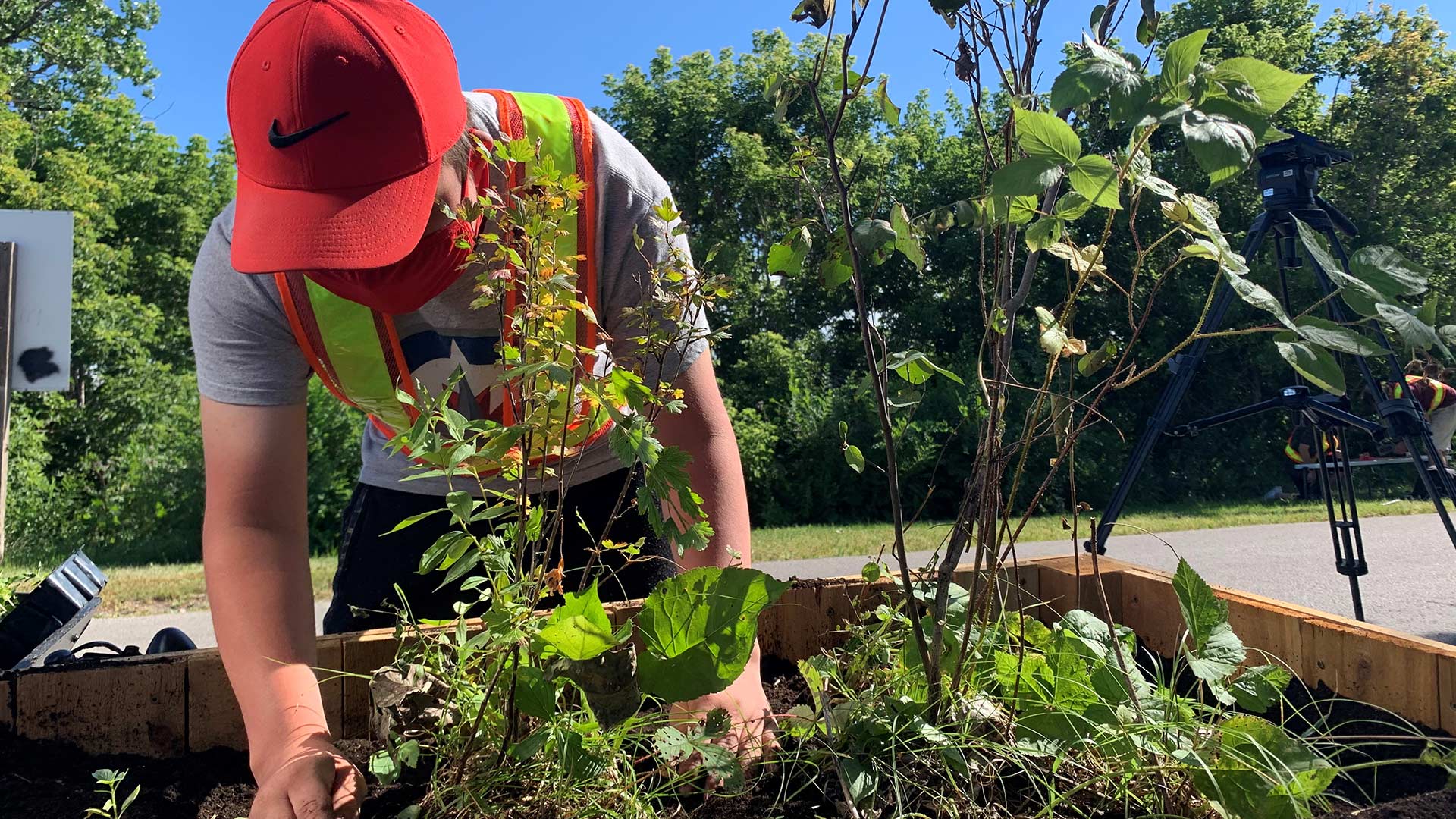 Anders Swanson, executive director of the Winnipeg Trails Association, says because of the pandemic, it was fundamental for the project to go ahead.

“We started the program to take care of a lot of issues, and then a pandemic hit. Suddenly people were needing to get outside really badly and needing to get healthy,” said Swanson. “So this street can be a drag strip, we’ve known this for almost two decades now and we’ve been saying it for a while. People have their strollers and with their kids and someone goes flying by with a car and it ruins what this place could be.”

Henry says the planters are also a way for people to learn about culture heal.

“We all know that Indigenous people have experienced profound trauma on this land,” said Henry, “So what we are doing is healing the lands and healing the people by collectively healing the trauma.”

The boxes will be up until early September, and Winnipeg Trails Association hopes to continue the program next summer.