A judge may have granted Alton Gas an injunction to clear an access road to a contested site in Nova Scotia, but don’t tell that to Madonna Bernard and Paula Isaac.

The company says water protectors are trespassing and preventing access to the work site.

The protectors say the land is unceded territory.

“As l’nu to be told what to do by a corporation that don’t even belong here in the first place, so, no I’m not, I’m not leaving,” says Bernard.

For years, community members have been opposed to the Alton Gas storage project. 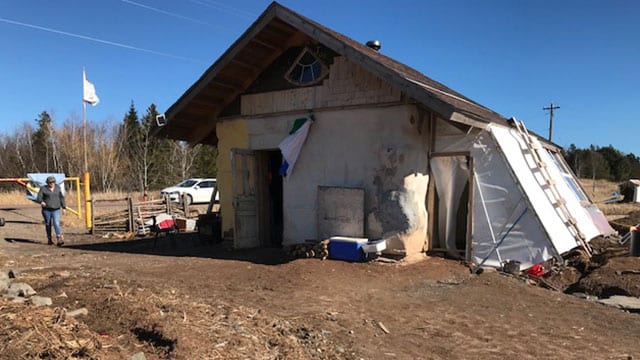 It proposes to carve out salt caverns to store natural gas, and then dump the salty brine into the Sipekne’katik River.

“We’re protecting the river from these corporations coming in and doing what they want to do,” says Bernard.

“They want to throw all that salt brine into the river where the bass spawn, where all the fish spawn here.

Another protector on the site says stopping the project is to protect the entire ecosystem.

A judge granted a temporary injunction on the basis that the water protectors were trespassing and blocking access to the company’s work site.

It is in effect until a permanent injunction is decided in court. 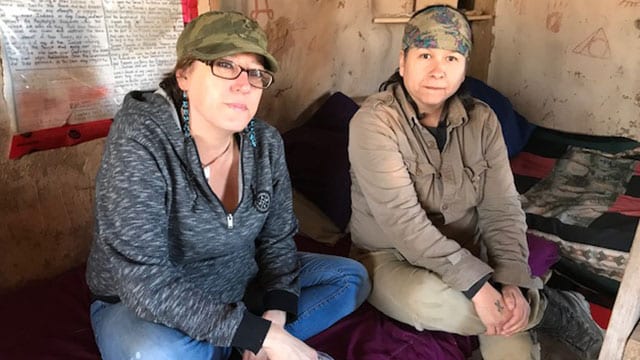 The grandmothers and Elders have asked the women to stay at the treaty camp which is on at the entrance to the Alton Gas work site.

“It’s always been matriarchal and when our grandmothers and our Elders tell us what to do, what the next steps are,” says Bernard.

Two of the women are at the camp in shifts, and there is always someone onsite.

Bernard and Isaac say they  are protecting the past and the future of the Sipekne’katik River.

“I’m going to sit here until the grandmothers tell me otherwise there’s nothing, there’s nothing legal that the RCMP can do to enforce them taking us out of here because everything we do is legal and justifiable in our sovereign laws, in our treaty laws,” says Bernard.

A date will be chosen for a hearing for the permanent injunction.