Ossie Michelin
Special to APTN National News
On the shelf Ungava Gin stands out. Its liquid is bright yellow, not clear like most gin, and adorning the bottle in a decorative fashion are Inuktitut syllabics. The label indicates that the spirit is flavoured with northern botanicals such as cloudberries, Labrador tea, and juniper. These are all medicines that would be familiar to most Indigenous Northerners.

Ungava recently made the news in Quebec for being sold to an Ontario based company for $12-million.

François Legault of Quebec’s CAQ provincial political party, lamented seeing a recognizable Quebec brand leave the province. For Inuit, we saw yet another company use our imagery as part of their marketing strategy, while at the same time, demonstrating they knew very little about us, and which province this company is from make very little difference.

Ungava was a product I wanted to like. It was visually appealing, it tasted nice (although I didn’t taste any of the botanicals mentioned on the label), and it was something, as an Inuk, I could get behind. It definitely wasn’t Inuit made I could tell, but it was Inuit-inspired.

Then I discovered their marketing campaign. The more I saw, the more disgusted I became.

A friend pointed me to one of their videos (which has now been removed from their social media and youtube) which featured male vocalists throat singing the word Ungava repeatedly, and purple cartoon Inuit paddling First Nation style canoes loaded with northern ingredients for gin making. At this point, I realized that Ungava Gin knew next to nothing about the people whose imagery they were using.

If anyone knows Inuit, then they will know traditionally we use the kayak and not canoes. It’s not like the kayak is some obscure vessel either. Kayaking is an Olympic sport! Also if anyone knows anything about throat singing, they’ll know that it’s something Inuit women do, not men. These were really easy things to get right, so their errors were glaring

And it just got worse…

Ungava Gin’s brand ambassador Joshua Groom, travels around the world getting women of various countries to dress up in skimpy “parkas.” When Inuk singer Tanya Tagaq pointed out the women below were not Inuit, Ungava’s twitter account responded that they were sorry for the confusion and that the picture was taken in Singapore, missing the point that the issue wasn’t the race of the women, but the brand sexualizing Inuit and mocking Inuit culture in their dresses, while demonstrating that Inuit and other races are can be totally interchangeable for their purposes.

Taking a closer look at the bottle, and after confirming it with some fluent Inuktitut speakers, besides the syllabics for the word Ungava on the main label, the rest of the writing was just gibberish. It was like the designers thought that the language had no meaning and they could just include a bunch of interesting looking shapes as decoration. 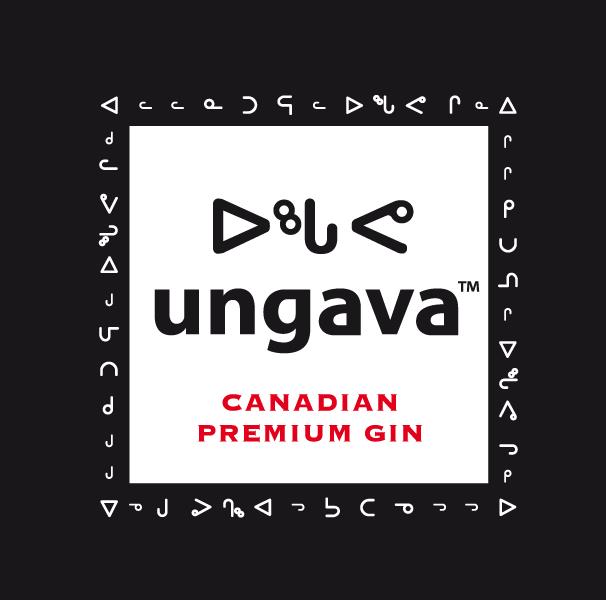 It’s just lazy marketing. These companies can’t be bothered to create their own recognizable imagery so they mine the culture of Indigenous peoples looking for some sort of shorthand that will say to customers, “North,” “Nature,” “Wild.”

Multimillion dollar companies like Ungava Gin can afford to invest more resources to do better than that. There is no excuse. For a company that claims on their website to operate “with total respect for the environment and Inuit traditions,” this, like the skimpy parkas in their marketing campaigns, doesn’t seem to fit. 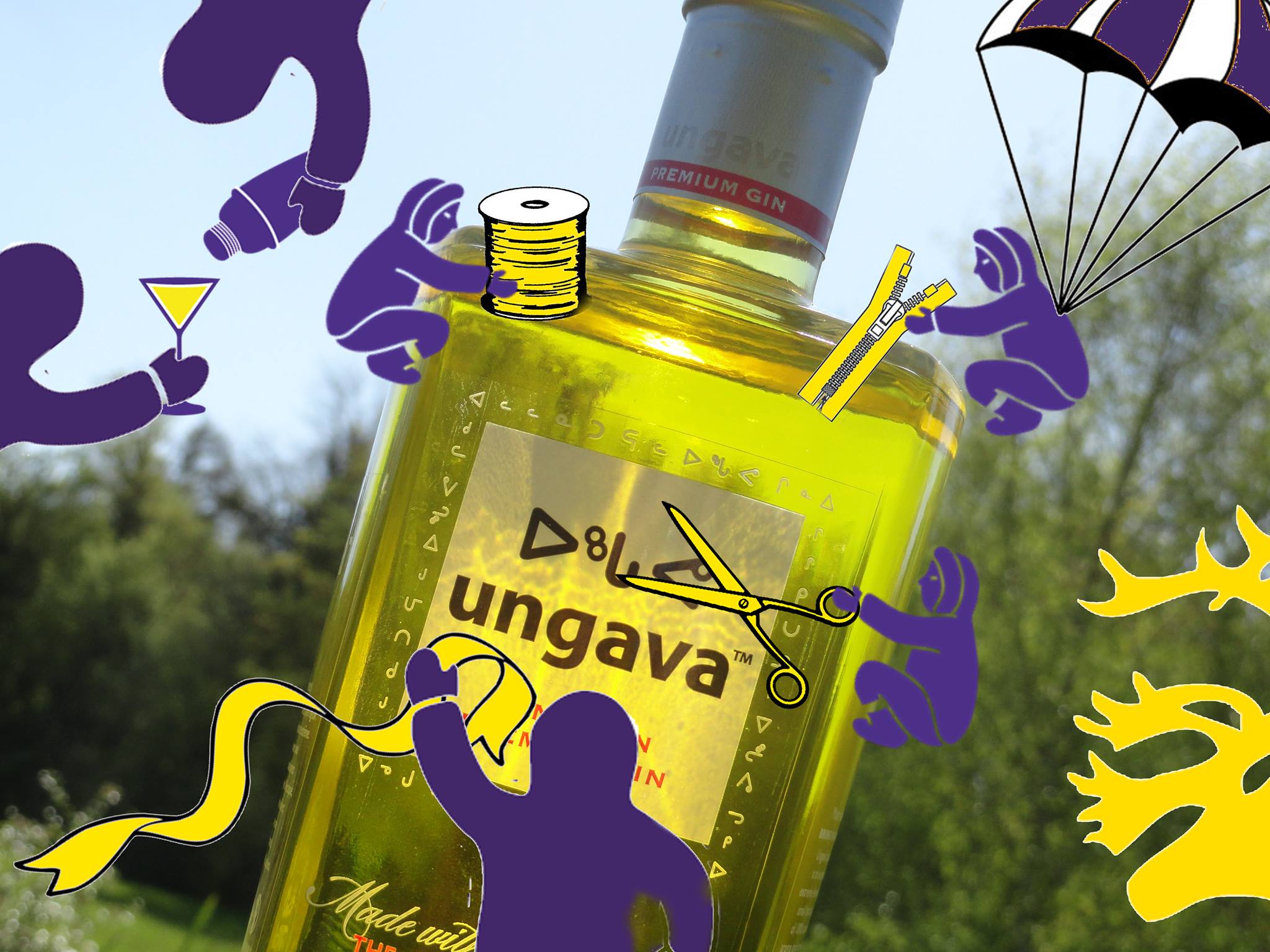 It’s not fun being portrayed again and again as some sort of mythical creature from legend, from a different time. It divorces us from our agency as people in the public eye. It makes us appear to not be real, or at least not real anymore. And once we are no longer real, we no longer have a say in how we are portrayed, or what outsiders can do with our culture.

As an Indigenous person, I’ve heard the criticism more times than I can count. “If this is racist then everything must be racist,” or, “I don’t understand how this is racist so therefore it is not racist at all,” or, “you’re too sensitive don’t worry about it,” and other things to try to shut down the conversation. Sometimes it comes from trolls online and sometimes it comes from well- meaning friends.

I want those people to know that it’s not just this ad campaign right now that’s my problem. My problem is the larger culture that allows this to happen again and again and again. No one in Ungava’s entire team thought to speak up and say “hey, this might be a bad idea!” That’s the issue. This is a company marketing Inuit to over 55 countries as some sort of primitive snow sprite instead of real human beings. 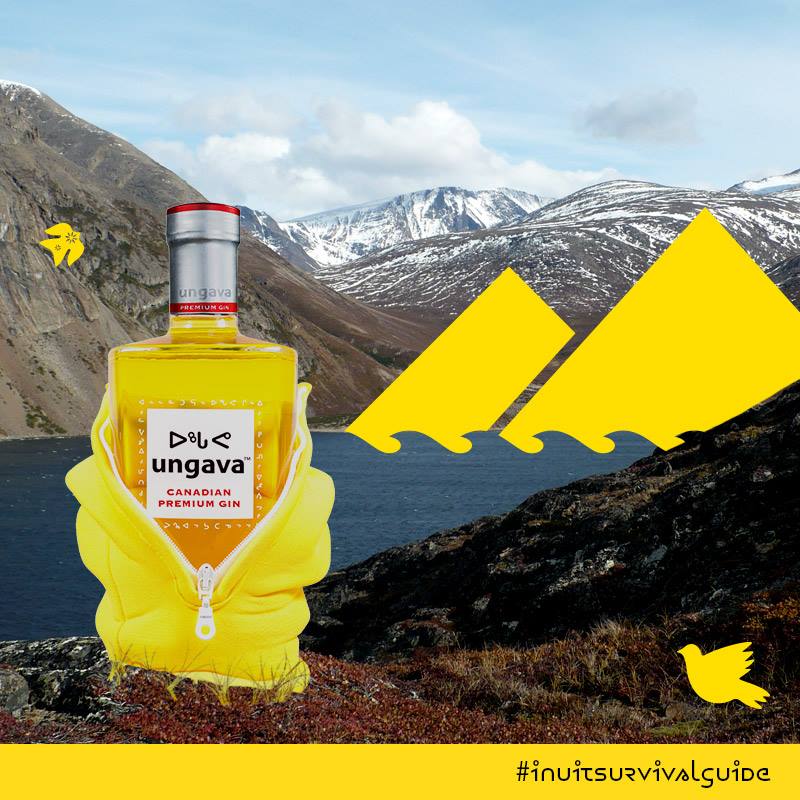 If this only happened once or twice it wouldn’t be so bad, but it happens over and over. And if this was the most offensive form of racism Inuit had to deal with, life would be pretty sweet right now. But neither of these are the case. The Ungava Gin incident is just a drop in the bucket and it’s been pouring for years.

We are fed up, and we now have the internet to voice our frustrations. These conversations will be had with or without the companies using our images and our names and will continue until they come around and start either work with actual Indigenous people in a meaningful way, or just leave us and our iconography alone.

After much public complaint online, in a corporate statement Ungava has recently posted that they did not intend to offend anyone and will be removing the material from their social media and looking for ways to be more inclusive of Inuit. It’s a start. I’m waiting to see how they will follow through on this, but I just wish we didn’t have to do all this in the first place and that the corporate sector will realize it’s not ok to rip off Indigenous cultures.

It feels like it’s just a matter of time until another company gets in trouble for copying and pasting Indigenous culture into their marketing materials. That is why it is so important that we voice our distaste now and hopefully if we do it enough companies will finally start to clue in, and maybe we just might have some effect on corporate culture. 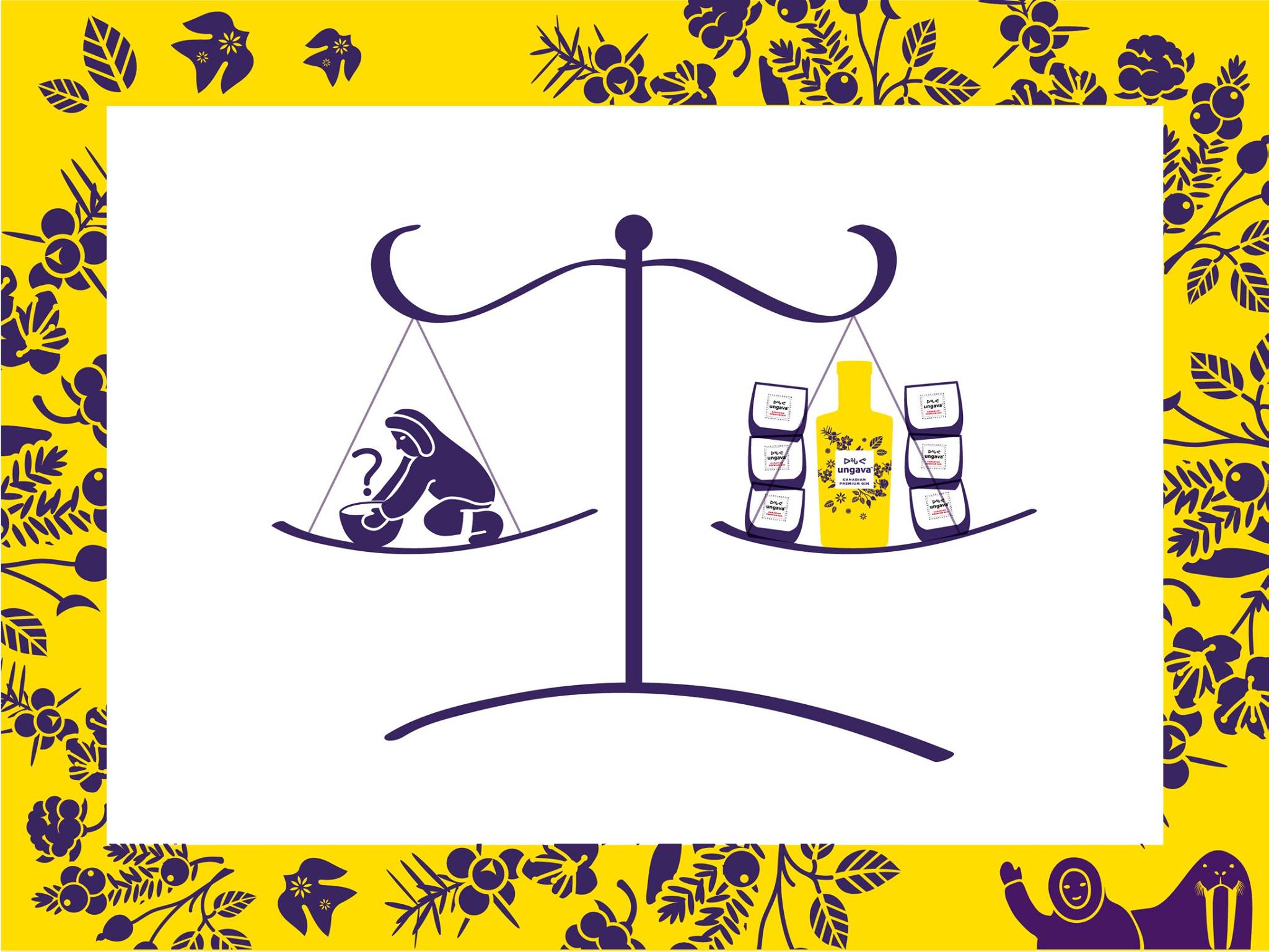 The TRC recommends that businesses, and not just government, adopt the UNDRIP and its principles. Article 31 of the UNDRIP states “Indigenous peoples have the right to maintain, control, protect and develop their cultural heritage, traditional knowledge and traditional cultural expressions, as well as the manifestations of their sciences, technologies and cultures, including human and genetic resources, seeds, medicines, knowledge of the properties of fauna and flora.”

The declaration states in no uncertain terms that it is the State that must recognize and enforce this. Ungava Gin, and companies like it has clearly go against the UNDRIP and the TRC recommendations. This brings into question just what is the role of Ottawa in all of this? Is this something the Federal government should create regulations around? And if so how will it be enforced? Or is this just more lip service that lack action?

While I don’t think it is the Feds responsibility to police this kind of thing, they do hold a moral authority and can denounce this to the world along with Indigenous People. They also have the ability to foster a healthy corporate climate that engages with Indigenous people in a meaningful and equal way.

Ossie Michelin is an Inuk freelance journalist who splits his time between Montreal and Labrador. He tells stories in all kinds of media about Indigenous People and the North with a capital N.