Warning: This story contains a graphic image of Neil Stonechild and how he was discovered.

The Federation of Sovereign Indigenous Nations (FSIN) in Saskatchewan says there is still a need for an independent agency to investigate complaints about police conduct.

The organization sent out a release Wednesday which marks the 15th anniversary since a report was released into the death of Neil Stonechild in Saskatoon.

“Our leadership want to see a Provincial oversight authority implemented,” said FSIN Chief Bobby Cameron. “We can no longer allow the police to investigate themselves.  That’s where true change comes from.”

Stonechild was a Saulteaux First Nations teenager who was found frozen to death on the outskirts of Saskatoon on November 25, 1990.

The boy was in the custody of two Saskatoon police officers the evening before his body was discovered.

An inquiry, called 13 years after his death, concluded that there was not enough evidence to say that the two officers who had him in custody, also left him to die on that freezing night.

The inquiry did find that “The investigation was superficial at best and was concluded prematurely… The Saskatoon Police Service acknowledged the serious deficiencies in the investigation.” 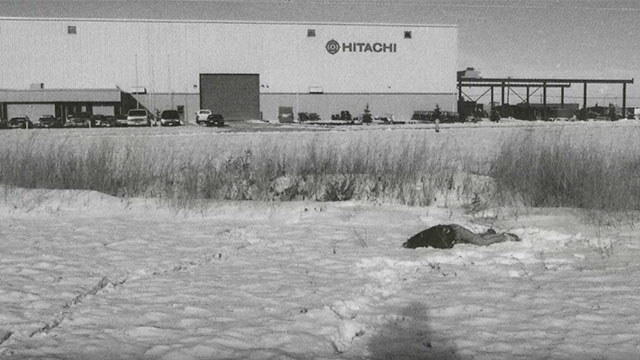 (17-year old Neil Stonechild lies in a field on the outskirts of Saskatoon.)

Cst. Brad Senger and Cst. Larry Hartwig were fired by the Saskatoon police in 2004 but were never criminally charged.

The FSIN said in the statement Wednesday that there has been progress on how the Saskatoon police, and police in general work with First Nations in the province.

“We have come a long way in 15 years but there is always room for improvement,” said FSIN Vice Chief Dutch Lerat in the same statement. “We urge the Ministry of Justice to improve upon the public complaints process with emphasis on creating a civilian-led oversight authority.

“Saskatchewan is one of the last Provinces that has this type of authority.”

According to the release, the FSIN Chiefs-in-Assembly passed a resolution calling for the creation of this oversight body in May 2019.

While there has been improvements in the relationship between police and First Nations people in the province, few would dispute the fact that more work needs to be done.

The RCMP were heavily criticized over how its officers handled the case of Colten Boushie.

The 22-year old from the Red Pheasant Cree Nation was shot to death on a farm he drove onto with friends near Battleford, Sask. on Aug. 9, 2016.

Farmer Gerald Stanley was charged with second degree murder but acquitted by a jury after a 10 day trial.

The case set off a storm across the country about the treatment of Indigenous peoples at the hands of the police and the justice system.

Priscilla is Cree and a member of Mistawasis Nehiyawak in Saskatchewan. She has worked with APTN National News in the past as a reporter in Winnipeg, host for an entertainment segment, and the 2010 Winter Olympics. Wolf is an alumni of the INCA –Indian Communications Arts Program at FNUC & has a BA of Indigenous Studies from the University of Regina. She brings over ten years of experience working in media across the prairie provinces.