More than 100 people gathered outside Winnipeg’s children’s hospital to show their support to the family of Hunter Straight-Smith.

He has been in hospital, in critical condition since then.

“They’re very distraught with what has happened with Hunter,” said Darryl Contois, a spokesperson for the family. “They’re lost in words. They’re heart is hurting and our heart is hurting with them.”

“My heart broke when I was beside him,” said Contois. “I too have kids and to see a baby laying there that did no harm to no one really broke my heart.”

Contois says the family is preparing to take the child off life support.

“He (Hunter) was very talkative. He always asked questions,” said Contois. “Out of the blue he would always ask you anything and he always had a smile.” 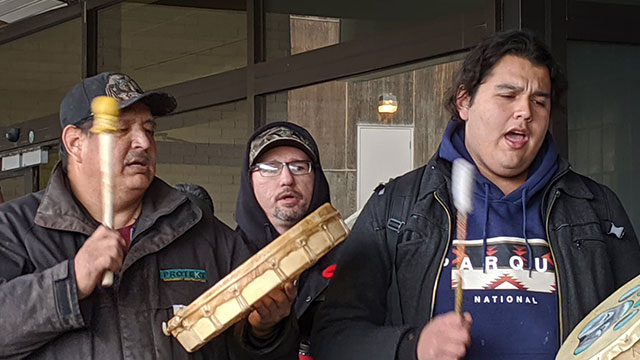 She said she didn’t know the family before this week but reached out to offer her support.

“I think that for everybody to come together in a circle and centre themselves and talk about it. That’s the only way we’re going to get through this.”

“Certainly if an individual passes away as a result of an assault we’ll look at upgrading charges,” said Jay Murray with the Winnipeg Police. 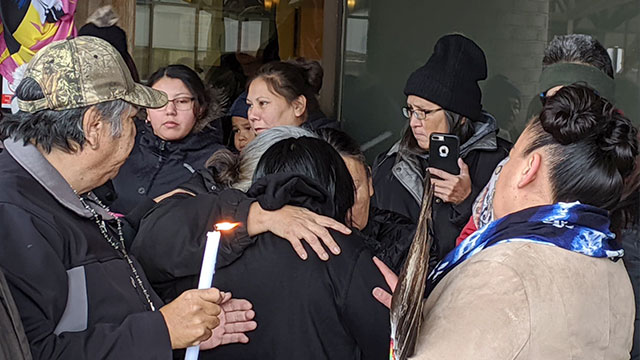 Mother of Hunter Straight-Smith being embraced.

Jensen was previously in a relationship with Straight-Smith’s mother.

Police say the accused assaulted the mother early Wednesday morning in a different location before Straight-Smith was attacked.