A civil liberties group is describing COVID-19 social restrictions in the Northwest Territories and other jurisdictions in Canada as too broad.

“While we appreciate that public health management in the Northwest Territories is deserving of deference to local expertise, the Constitution sets a higher standard for necessity, clarity and proportionality for orders than is found in this one signed by Dr. Kandola (Public Health officer for N.W.T.),” Deshman wrote in the April 17 letter.

“This order limits peoples’ constitutional rights and freedoms in a way that is overly broad and disproportionate.”

Deshman told APTN News the main concern of the CCLA is the government hasn’t been clear about what people can or can’t do.

“Ultimately when the law is unclear it’s left up to frontline law enforcement to decide who and when and how they will enforce those vague provisions and that opens the door to discriminatory enforcement and arbitrary decision-making,” Deshman said.

Deshman said vague definitions in the public health order leave too much room for interpretation.

Deshman noted Canadian’s unprecedented limits are still in the early days and there are other jurisdictions whose legal flaws they are looking to address.

The CCLA has also contacted Nunavut about its emergency orders – specifically for the territory allowing “warrantless entry” into homes by police, and the city of Ottawa for issues around access to public parks.

The CCLA has not yet heard back from the territorial government.

“It is critical, particularly at a time that individuals’ basic liberties are being so severely curtailed, that orders are carefully and precisely drafted,” the CCLA wrote.

“Failing to do so undermines the legality of the order, creates confusion, and opens the door to arbitrary and discriminatory enforcement.” 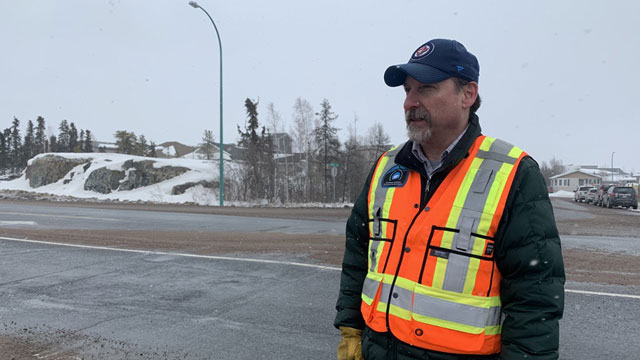 This weekend in Yellowknife, the compliance and enforcement task force public health officers handed out information about the new N.W.T. specific health orders, informing residents on rules such as mandatory self-isolation upon entering the territory and restrictions on gatherings.

He said although the force was only assembled two weeks ago, they’ve already received several tips from the public.

“Complaints are related to the mass gatherings. We are getting complains about self-isolation challenges; those are the sorts of things we are looking to clear up,” Baetz said.

According to a government website, officers will give a person a warning before moving to harsher penalties such as a $1,500 ticket or court summons that could result in a conviction and $10,000 fine from a judge.

To date, there have been no fines or court cases.

Baetz said the highly-visible checkstop in Yellowknife is to educate the public, with similar initiatives planned in other communities across the North.

“I think with any new regulation or any new law or order there is a degree of people not sure what they mean. You try to write them as clear as possible but there is always a need for that educational component,” he said.

A public hotline was established along with a website to submit complaints around violations. Baetz said investigating officers are from the regions they police and will work with municipal and RCMP to conduct their job safely.

“I think we have the ability and the wheels in motion to triage, do fact checks and we prioritize properly depending on the kind of complaint, the source of the complaint and how things lay out in terms of the facts we need to double check,” Baetz said.

Currently, all five COVID-19 patients in the territory have recovered.

Tahltan Nation in B.C. encouraging members to hunt bears a...