A new report says a woman is killed every other day in Canada – and that figure is even higher when the victim is an Indigenous female.

“Indigenous girls and women continue to experience disproportionate rates of femicide in Canada,” said Myrna Dawson of the University of Guelph.

At least 148 females were killed in 2018 – ranging in age from two to 94 – by males, said the report entitled #CallItFemicide.

The perpetrators were present or former intimate partners, said Dawson, noting “a significant proportion of these women are killed by men they were dating.”

It is the first annual report for the one-year-old Canadian Femicide Observatory for Justice and Accountability, which built its database using media reports on violence against women.

Women in remote and rural areas were most at risk.

As were those in Nunavut, Yukon, New Brunswick and Manitoba.

Along with the highest rates of death, researchers found Indigenous women rated the least amount of daily news coverage when they died. 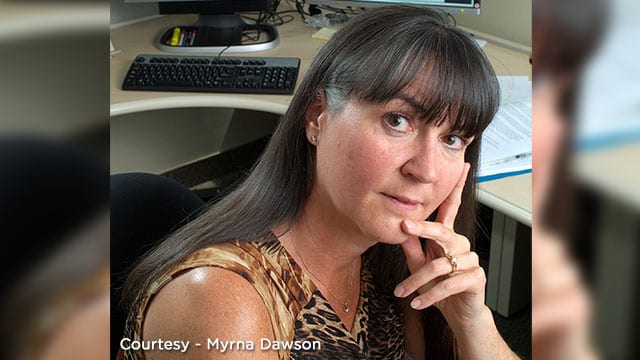 Myrna Dawson is director of the Canadian Femicide Observatory for Justice and Accountability.

Now a move by some police services to no longer publicly identify victims is a concern, said Dawson, a professor and the organization’s director.

“We talk at the end of report that being one of the things we need to focus on, as well as how the crimes are portrayed in the media,” she added in a telephone interview Wednesday.

Dawson said that means including context like social, structural and systemic factors instead of simply blaming the victim for “risky behaviour.”

She added, “we want to help inform prevention and maybe combat some of the attitudes that were ongoing and perhaps contribute to some of these crimes.”

The observatory was established in response to a call by the United Nations’ Special Rapporteur on Violence Against Women for greater tracking and awareness around the world.

Dawson said she has been conducting research on femicide for two decades in Ontario, with a special focus on how courts sentence perpetrators more leniently if they were in an intimate relationship with the victim.

To her that’s a damaging – and potentially deadly – stereotype.

“There is growing recognition of impunity for perpetrators particularly for some victims and in Canada those are indigenous women and girls,” she said.

It’s also a form of systemic discrimination, which was highlighted in the interim report of the National Inquiry into Missing and Murdered Indigenous Women and Girls (MMIWG).

“I wish I could say it was a surprise,” she said in a telephone interview.

The inquiry’s final report, which is due at the end of April, is expected to shed light on why Indigenous women and girls face such high rates of violence and death.

It will also make concrete suggestions “as one of our witnesses said, ‘To stop the war on our women’,” Buller added.

One of the 2,000 witnesses to testify before the inquiry was Hilda Anderson-Pyrz of Manitoba, whose sister Dawn Anderson died in 2011 in what the family suspects was foul play but official results say otherwise.

“Government could really work towards creating those safe spaces and opportunities for women and girls to feel safe,” she said.

“The reality is women are vulnerable lots of times and find it difficult to leave.”

She suggested money also be spent on education programs that teach how to have healthy relationships.