Indigenous groups and organizations across Canada are taking preventative measures to help educate and prevent the spread of COVID-19, or the coronavirus as it’s more commonly known as, in communities.

The World Health Organization (WHO) confirmed as of March 6 there are more than 98,000 reported cases globally and 3,380 deaths.

The Public Health Agency of Canada has determined the public health risk associated with the virus is low for the country.

There are 51 confirmed and presumptive cases in Canada. They have been reported in British Columbia, Alberta, Ontario and Quebec – with none confirmed in Indigenous communities.

However, that hasn’t stopped Nunavut’s Department of Health from developing protocols to confirm if someone has contracted the virus.

If a patient goes to a health centre or health facility within Nunavut and healthcare providers believe they have symptoms relating to COVID-19 the provider must get in contact with a public health officer to determine whether that person has to be tested, Dr. Michael Patterson told APTN News.

Patterson, who is the chief public health officer for Nunavut, said a handful of people have been tested in the territory but all came back negative.

The WHO says the disease can be spread person to person through small droplets from the nose or mouth when a person with COVID-19 coughs or exhales. Those droplets land on objects or surfaces around other people. If those people touch the same objects or surfaces they may then catch the virus.

The organization does not believe the virus can be transmitted through the air.

Nunavut is no stranger to infectious diseases. The territory is living with high rates of tuberculosis.

Part of this is related to the problem with a housing shortage and overcrowding in homes.

Patterson said factors like overcrowding increase the risk of viruses and diseases being transferred to others, but he credits isolation as playing a role in decreasing the risk. Smaller communities in the territory are only accessible by air.

Patterson added Nunavut is moving toward a whole of government response.

“This is not just a department of health response,” he said.

On the research side of things, a team from Winnipeg was recently awarded a grant to study countermeasures to pandemics, and how they relate to Indigenous communities. 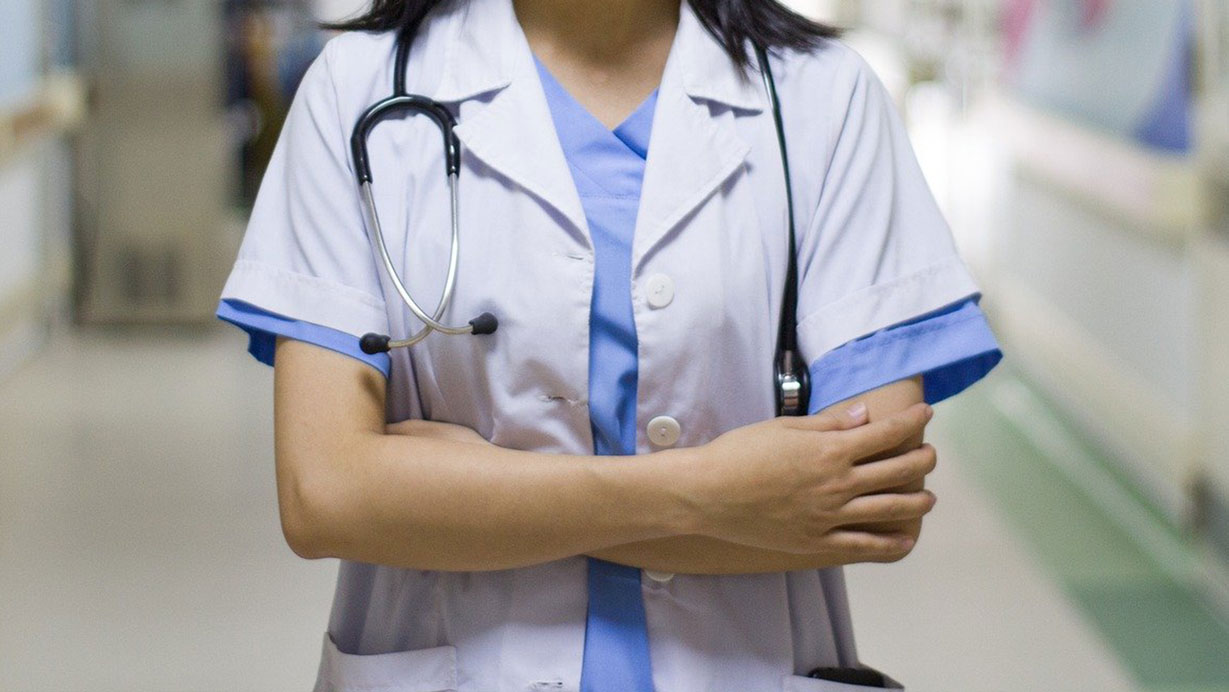 The project is called “kitatipithitamak mithwayawin: Indigenous-Led Planning and Responses to Coronavirus (COVID-19) and other Pandemics Then, Now, and Into the Future.”

It’s being funded through the Canadian 2019 Novel Coronavirus (COVID-19) Rapid Research Funding Opportunity competition. The federal government announced the competition at the beginning of February.

The team of researchers hopes to work with communities to develop effective and culturally appropriate measures.

“Within First Nation communities there’s schools, health centres, band offices, and the concern is whether or not they together [to form] one response,” said Myrle Ballard, one of the co-applicants.

Instances like these will be included in the research.

“We want to look at the gaps regarding policies in response to pandemics and we want to identify what gaps are there and the lessons learned on whether or not First Nations people are prepared to handle the pandemics,” said Ballard.

Prime Minister Justin Trudeau announced the creation of a cabinet committee on COVID-19 earlier this week.

The eight-person team is working with the Public Health Agency of Canada to prepare for the health and economic impacts of the virus, according to a release from the PMO.

“We can anticipate that there will be an outbreak in one of our Canadian communities. This is a virus that knows no borders and that is growing,” said Health Minister Patty Hadju at a news conference Wednesday.

“Each day there are countries that have new cases, new outbreaks, new situations. Obviously we’re working diligently together with provinces and territories to prevent that from happening but the reality is this is an evolving situation.”

British Columbia reported the first community case, this week, meaning the virus was not contracted through travel.

In Australia, the federal government has introduced a national Indigenous taskforce to develop an emergency response plan for Aboriginal communities to combat the potential spread of COVID-19, according to a report from The Guardian.

When APTN pressed the prime minister’s office on whether Canada would consider doing the same a representative responded, “the work that is undertaken by this cabinet committee is to ensure that all Canadians, and Indigenous communities, are safe and prepared for all eventualities. That is why Minister of Indigenous Services Marc Miller is an alternate member of the COVID-19 Cabinet committee.”

They went on to say Indigenous Services Canada is working closely with the Public Health Agency of Canada to help provide support to First Nations’ leadership with awareness and preparedness activities.

Several Indigenous organizations are looking to do their own part as well.

The Manitoba Metis Federation (MMF) is currently developing its own strategy to combat a potential outbreak.

“Our citizens often have difficulty navigating and accessing the health care system at the best of times,” said Frances Chartrand, Minister of Health and Wellness for the MMF, in a statement.

“I want to ensure they have the information and tools to properly manage a potential outbreak of this deadly virus.”

The Federation will be performing “extensive outreach” to some of its more vulnerable citizens, including Elders.

The Assembly of First Nations developed a fact sheet and distributed it to communities.

The sheet contains information around symptoms and prevention measures including washing your hands and staying home while sick.

The organization says it remains in daily contact with the First Nations and Inuit Health Branch, as well as, “liaise with public health officials on significant updates and resources to create accurate messaging to First Nations.”