The Taku River Tlingit First Nation is hoping to expand its hydroelectric power station and to share the clean energy with others living in the Yukon.

Peter Kirby, a member of the community and CEO of the Tlingit Homeland Energy Ltd., says he hopes to expand the power plant from providing power to his community to selling clean energy to the Yukon through Yukon Energy.

“When we built this project we thought, there’s more energy in this creek,” he said. “We know the Yukon area well, we know the potential for projects in the Yukon region, and we know this project is exceptional to meet the needs of the Yukon.

“We are ready, willing and able to have a conversation with supporters of the project and the potential customer Yukon on what that would mean in terms of energy purchase agreement and we hope to be there in the next few months.” 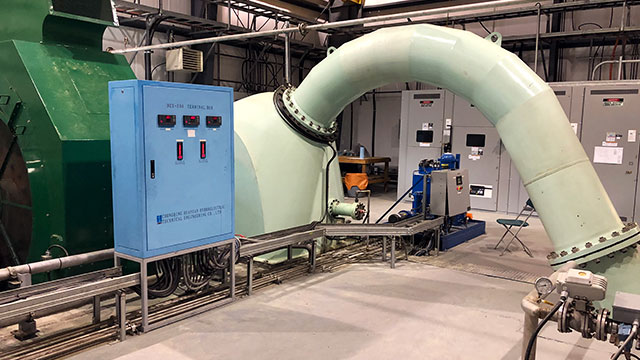 (Constructed in 2009, the Atlin hydroelectric power station has been providing the community with clean energy. This station currently has an installed capacity of 2.1 Mega Watts)

The hydroelectric station currently has an installed capacity of 2.1 mega watts of power.

The community peaks at 1.4 mega watts with the remaining power being stored in a load bank.

If the expansion plan gets the greenlight, the installed capacity would grow to 8.5 mega watts.

He says that hydroelectric power is better long term but states that there are many hurdles to work through before negotiations can start.

“There’s the technical feasibility. What does it take to bring that amount of power up to the Yukon, and up to Whitehorse? What kind of transmission lines do we need?

“So there’s the technical piece and then there’s the financial. Do the numbers make sense?,” he said.

Even with all the hurdles ahead, Kirby said he’s ready to do the work that needs to be done and remains proud of where the project started and where it could go.

“I’m very proud of the work that we did in this community, our whole community,” said Kirby.

“I’m very proud of what’s happened in our community since then.”