One of the schools is in the remote community of Old Crow, located just above the Arctic Circle.

With only 270 residents Old Crow is the most northern community in the Yukon.

The Chief Zzeh Gittlit school is one of nine field testing the new “Our Voice, Our Stories” curriculum.

The three part unit teaches students about traditional ways of life, residential schooling, and reconciliation in an age appropriate way.

Before the material could be introduced into the classroom, teachers had to participate in a two day workshop.

The goal of this workshop was to get the teachers familiar with the content and to discuss protocols with how to bring this up to the students.

Nicole Birkeland is the grade 5 teacher at Chief Zzeh Gittlit and was a part of the workshop. 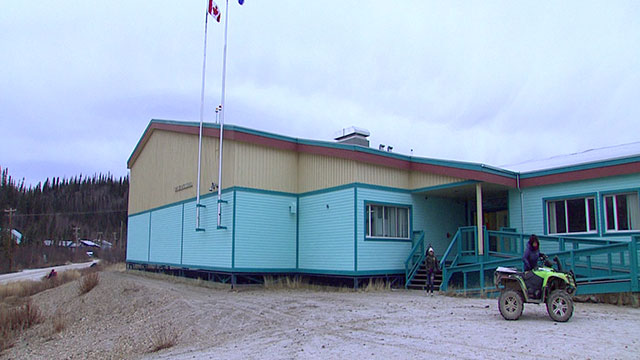 Resources include books, videos, and a compilation of stories from around the territory.

Tabatha Chiasson’s has a daughter in grade three and an older son attending school in Whitehorse.

She supports the new material being taught in school.

“It’s teaching children that kind of behavior is not okay. If kids are aware of that, they’re more likely to come forward if something happens to them”

“Our Voices, Our Stories” is still in the draft stage.

Once the nine schools conclude the field test, the new curriculum will be implemented into all Yukon elementary schools for the 2020-21 school year.