The Yukon territory remains under an air quality advisory and there is no end in sight.

162 wildfires in Alaska and 39 in the Yukon continue to burn out of control blanketing the U.S. state and Yukon. 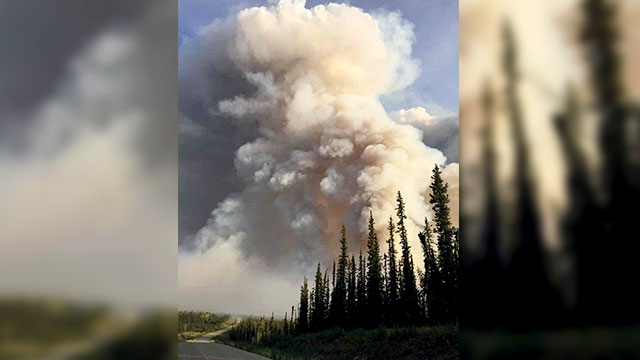 (There are 162 fires burning in Alaska and 39 in the Yukon. Photo courtesy: Peter & Margie Kormendy from Dawson City)

The advisory was issued on July 2 by the Medical Officer of Health, Dr. Andy Delli Pizzi.

Pizzi says that although the smoke is denser in some areas of the Yukon, it should be okay for healthy people to be outside.

“I think it’s important for people to know if there’s an advisory. The most important part of that is those who are at higher risk of more severe health outcomes are more aware and to avoid exposure to wildfire smoke if possible,” said Pizzi.

People that suffer from respiratory illnesses or are pregnant should take extra precautions when engaging in activities outside.

Elderly people and young children are also at risk of symptoms like trouble breathing, eye and throat irritation and coughing.

If symptoms occur, Pizzi warns individuals move their activities inside,

“Those who are participating in activities outdoors, if they experience symptoms like if they start to have the irritation or if they have more severe symptoms then that’s an indication to kind of move it indoors,” Pizzi said.

“When the smoke isn’t too bad it’s okay for healthy people to you know give it a try and but also take it easy.” 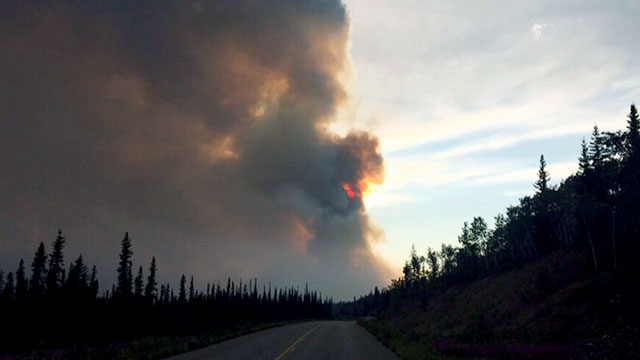 (People that suffer from respiratory illnesses or are pregnant should take extra precautions when engaging in activities outside. Photo courtesy: Peter & Margie Kormendy from Dawson City)

With 39 fires still burning around the Yukon, there has been no set date to when the advisory will be lifted.

Some areas of the Yukon are better than others.

Wind and rain are some factors that could help alleviate the smoke, but the chance of thunderstorms could still bring the risk of more wildfires. While firefighters attack the fires, it doesn’t look like the efforts have slowed the burning down.