On April 19, 2017, the two women were found dead in MacIntosh’s home in the McIntyre Subdivision of Whitehorse.

In a video statement posted to Facebook on Monday, Yukon RCMP Chief Superintendent Scott Sheppard offered his condolences to the family and friends of both women.

“This was a difficult investigation involving all the technical and investigative resources the Yukon RCMP could bring to bear–including assistance from other RCMP divisions,” said Sheppard. Sarah MacIntosh in an undated photo.In March the RCMP opened a cold case unit to work on a growing list of unsolved homicide cases in the territory.

Since 2000, there have been 35 homicide investigations with 10 that remained unsolved.

Angel’s body was discovered in a wooded area outside of Whitehorse in 2007.  Her death ruled as a homicide.

After her death, 51-year-old Wendy Carlick would become an advocate for the murdered and missing.

Friends of 53-year-old Sarah Macintosh’s describe her as a person who had a heart of gold and a soft soul, who would never hurt anybody.

Sheppard acknowledged the unwavering support and encouragement the RCMP received from both families as well as Chief Doris Bill and the Kwanlin Dün First Nation.

“These investigations are exceptionally complex and they take significant resources and time. I would like to thank the families and community leaders for their patience and understanding,” said Sheppard.

Sheppard hopes the arrest will allow family and friends to have a better understanding of what happened to Wendy and Sarah.

Chief is scheduled to make his first appearance in court on May 29. 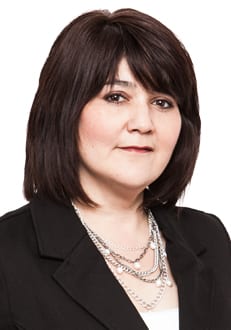