Madelaine McCallum is originally from Ille lacrosse, Saskatchewan, but has called Vancouver home for many years.

McCallum, 36, is an accomplished dancer, model and performer and teaches the next generation self-empowerment workshops.

Despite all the success in her career, she’s had to face a lot of challenges – and her latest challenge is a battle to save her own life.

When she was 17, she noticed small cysts in her breast.

Three years ago, one of those cysts started to grow and she went in for testing.

That’s when she was told it was a tumour.

“When you think of the word tumour you instantly panic and I would’ve got it cut out right away,” she said. “But then with the process of more tests and then trying to get into a surgeon right away and then fear as well because if you think if you are going to get this huge lump cut out its pretty scary.”

“I had a lot of fear around it in that first year.”

She went in for a lumpectomy and after testing she was diagnosed with Phyllodes Cystosarcoma.

A year after surgery, she felt a strange tingling sensation in breast.

That sensation grew into another tumour which was growing at a faster rate then before.

On July 24, 2018 she went in for a mastectomy but this time she was determined not to be afraid.

“I stopped all that negative stuff that I was doing earlier in the year and said ok I’m really just going to survive this I’m going to be a warrior about this and I’m not going to be a victim to this anymore,” she said.

Despite being brave – Madelaine said it took an emotional toll on her.

“I’ve cried in the bathtub, like hating myself, and my body and feeling so weird like when they take something from you,” she said.

She was advised to take radiation after surgery but her radiologist told her that her type of cancer had a high chance of coming back and radiation wouldn’t totally eliminate it.

After weighing her options she decided on traditional healing instead of radiation. 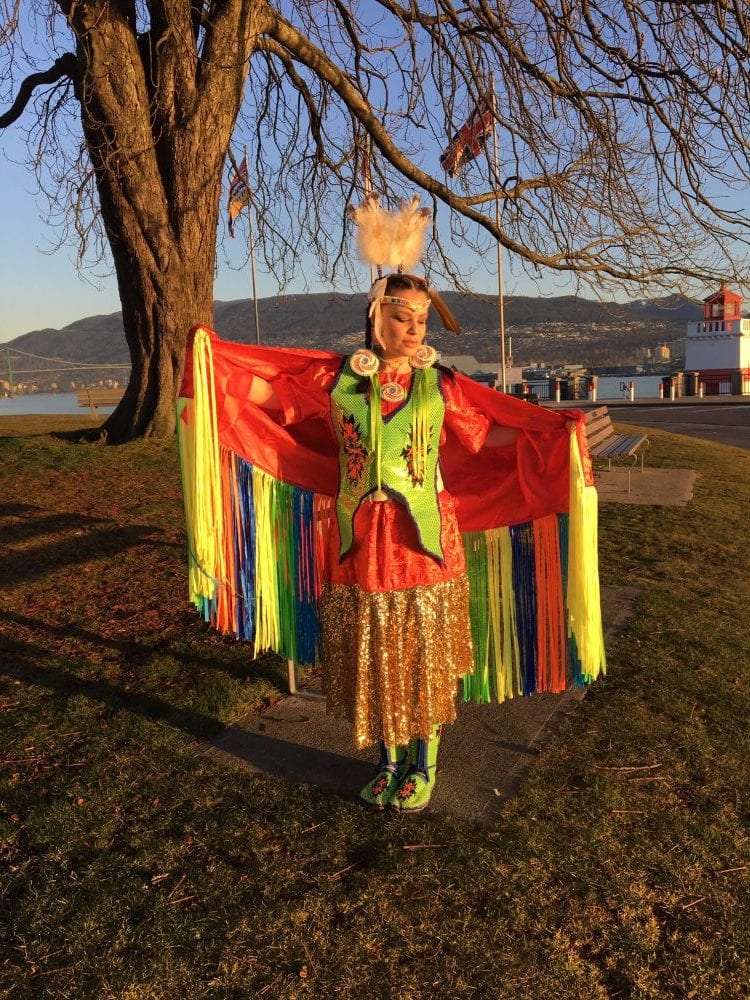 According to Statistics Canada – it’s estimated that one in two Canadians will be diagnosed with a type of cancer in their lifetime.

It also accounts for 30 per cent of all deaths in Canada.

Using traditional medicine instead of mainstream treatments has been controversial in the past.

But the president and CEO of the B.C. Cancer Foundation Sarah Roth says if its working then it’s a good thing.

“I think like any illness every individual feels differently and has a different approach to their illness so B.C. cancer certainly wants to make sure they are doing everything possible to help a cancer patient at the end of the day patients have choices and we support a patients choice to do whatever he or she wants to do,” said Roth.

McCallum said that she know she’s fighting a hard battle but she’s using reishi mushrooms and chaga from northern Saskatchewan to help her.

Along with some help from healers and ceremonies.

“I brought in a medicine man from the United States,” she said. “His name is JR Fox and he does Yuwipi ceremony and he did one for me previous to my surgery and we bring him to the community and I invite my family and supporters and then we all do these prayers then we do the ceremony then we feast as we did a long time ago.

“I will go back to Sundance as I’ve been a Sundancer I didn’t finish my four years so I will have to back and finish that and sweat lodge trying to make sure I start smudging.”

After six months of continued prayers, ceremony and medicine, Madelaine McCallum was told she is doing well.

By all accounts she knows she’s beaten the odds and resumed her passion for dance.

She said she will never forget what she went through but will wear it like a proud badge of honour.

“In Sundance we have a day that we do the sunrise ceremony and the sun is what gives us life you know that light and they always say when you are going through something face the sun,” she said.