When Clarence Iron was a tsiboy – that’s small boy in Cree – he used to listen to hockey games on the radio.

There were only six National Hockey League (NHL) teams back then and he got stuck rooting for the Toronto Maple Leafs.

“All my friends picked a team and I was the last,” said Iron, a radio broadcaster who grew up in Saskatchewan’s Canoe Lake Cree Nation.

“Little did I know the last time they won the Stanley Cup was 1967.”

Iron had the same dream as many 12-year-olds across Canada – maybe one day he’d play in the bigs and make it to the NHL.

But then his father died, and Clarence was apprehended and sent to an Indian residential school.

He was ordered to forget everything he was – a young Indigenous boy who loved his family and their culture – and conform to the colonial immersion program that aimed “to kill the Indian in the child.” 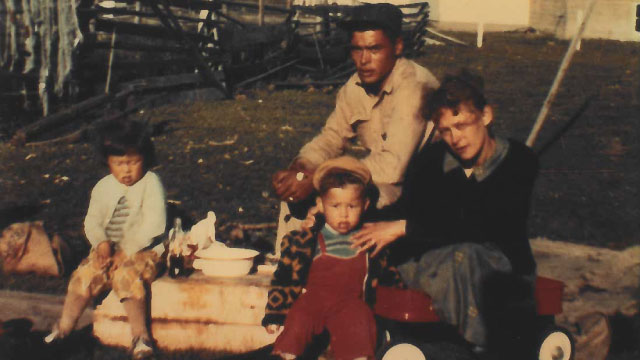 (Toddler Clarence Iron with his sister Rita (left) and his parents Ernest and Irene. Submitted photo)

The hundreds of schools funded by the federal government and run by church groups left a legacy of pain and destruction from which many First Nation, Metis and Inuit children never recovered.

But Iron survived with his language intact to revisit his dream of, well, not playing but doing the play-by-play for the big league.

After decades calling games for radio in Saskatchewan, Iron is now also part of the on-air team of Rogers Hometown Hockey in Cree on APTN with Earl Wood, John Chabot and Jason Chamakese.

They’re part of a partnership to broadcast more NHL games in Cree over the course of the next three seasons after doing so well in their inaugural broadcast last year. 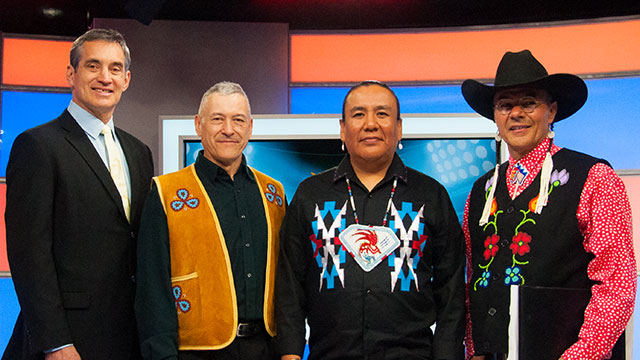 “People are excited. Even non-Aboriginal people are listening,” said Iron, who called the Winnipeg Jets versus Chicago Blackhawks game Sunday night on APTN.

“It’s a high number and they tell me, ‘Clarence, I didn’t know what you were saying but we did watch the whole game because you were exciting.’”

Iron doesn’t have a “colour man” beside him in the booth but he does have a spirit guide.

“I want to give praise to my God. That’s the Number 1 thing that gives me the confidence,” the 58-year-old said in an interview.

In fact, he knows he would still be searching for a place and a purpose if it weren’t for leaving drugs, alcohol and violence behind.

“I don’t think this opportunity would have happened if I didn’t straighten my life out. I was angry – angry that my dad was murdered (and it wasn’t investigated).” 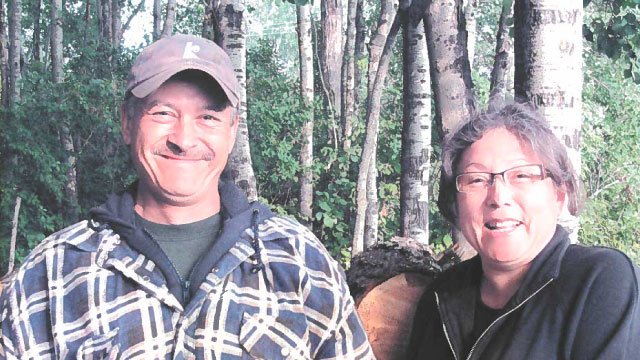 After residential school, Iron was sent to the former Charles Camsell Hospital in Alberta as a tuberculosis patient. The substandard care given Indigenous patients is now the subject of a class-action lawsuit.

After stints in the oil patch and other workplaces, he said he served time in jail for assault. Then his lawyer botched his claim for compensation as a residential school survivor.

“A lot of things didn’t go right. But I’m putting that behind me,” he said. “My thinking has changed.

“I’m not scared no more. Before I don’t think I’d be talking to you; I wouldn’t be calling play by play, because of me praying and going to church.”