Brittany HobsonAPTN NewsThe family of a First Nations man who was shot and killed in Winnipeg on New Year’s Day says their hearts are broken over his death.Adam Travis Martin, 31, was found just after 6 a.m. in the city’s Elmwood neighbourhood.Martin was found outside a residence in the neighbourhood and transferred to hospital where he later died.Angela Martin says the family is in shock after the death of her brother.“Adam was a great man…he didn’t deserve to be killed,” Martin told APTN News through Facebook messenger.“He loved the outdoors. He lived for trapping, hunting and fishing. He spent [the] majority of his life out in the bush.” 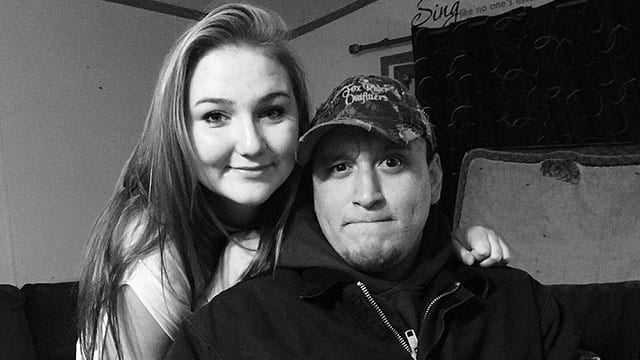 (Angela Martin with her brother in an undated photo. Courtesy of the family)Martin says her brother was a father of two children.The family is originally from Sagkeeng First Nation but grew up in the northern Manitoba community of Gillam.Martin says her brother was just visiting the city.Adam Martin is the city’s first homicide of 2019.Police say regardless of the date a family is dealing with a tragedy.“Really the date in arbitrary,” Const. Rob Carver told reporters Wednesday. “It’s 6 o’clock in the morning on a frigid day, someone’s been shot and killed. A family’s been traumatized.Police have released few details surrounding the homicide.As the family tries to deal with the loss, Martin says she will remember her brother as someone who loved life.“If anyone was down he would always find a way to brighten up the situation and get a laugh from anybody no matter what was going on.”