A trailblazer in the indigenous film community has died at 59.

The multi award-winning filmmaker from the ‘Namgis First Nation was surrounded by family when she passed away on May 17.

“Barb was an incredible visionary whose commitment to telling her people’s stories enriched us all,” said long-time friend Teresa Marshall, who worked on six of Cranmer’s films.

“She was an entrepreneur, she was very family oriented and committed to her culture. She loved to travel and share her culture around the world.”

Her movie credits include: ‘Namegan’s Om Dlu’wans Awinagwisex (We are One with the Land), I’tusto (To Rise Again), T’lina (The Rendering of Wealth), Qatuwas (People gathering Together), Gwishalaayt (The Spirit Wraps Around You), Laxwesa Wa (Strength of the River), Mungo Martin: A Slender Thread and Potlatch: To Give (Pt 1 & 2) and Our Voices, Our Stories. 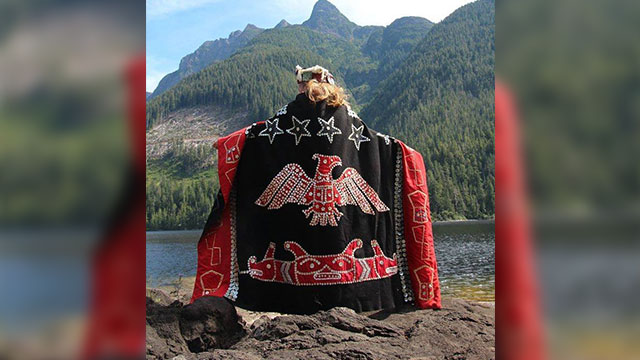 Cranmer’s traditional name was “Lakwalogwa,” which means hollering at her people to feast.

She was an athlete at a young age, and enjoyed working on a fishing boat with her dad – starting out as a cook and then drum operator.

For the last 18 years she was instrumental in helping organize Seafest, a music festival in Alert Bay that attracted performers from around the world. She was an elected councillor for her community and helped increase economic development and tourism.

One of the famous tourists to visit Alert Bay was Oprah Winfrey in 2007. Winfrey later received a traditional name – “Noxsolaga” – meaning wise one.

“It was like a bird that was finally free. She would want us to grieve in a healthy way – full of love,” she said.

“There were 17 eagles flying around the hospital during her last moments. We are really blessed but our hearts are sad.”

Barb co-owned a store in Alert Bay called Culture Shock with sisters Andrea and Donna. She was a big part of the T’sasala Cultural Group, and worked with Sanala – a cultural healing organization.

She will be remembered for her generous spirit, her infectious laugh, and her love of music and dance.