A group of people who are homeless and living in a tent city that was dismantled by Vancouver police have banded together and created a new one.

The former tent city was in a vacant parking lot owned by the Port Authority.

For the 200 residents they know their time here is limited.

“I think its just about breaking us up as a community,” said Kris Janelle. “I think they want us all together as one voice they want spread out so they can picked off one at a time I guess it’s a lot safer here being in a group.” 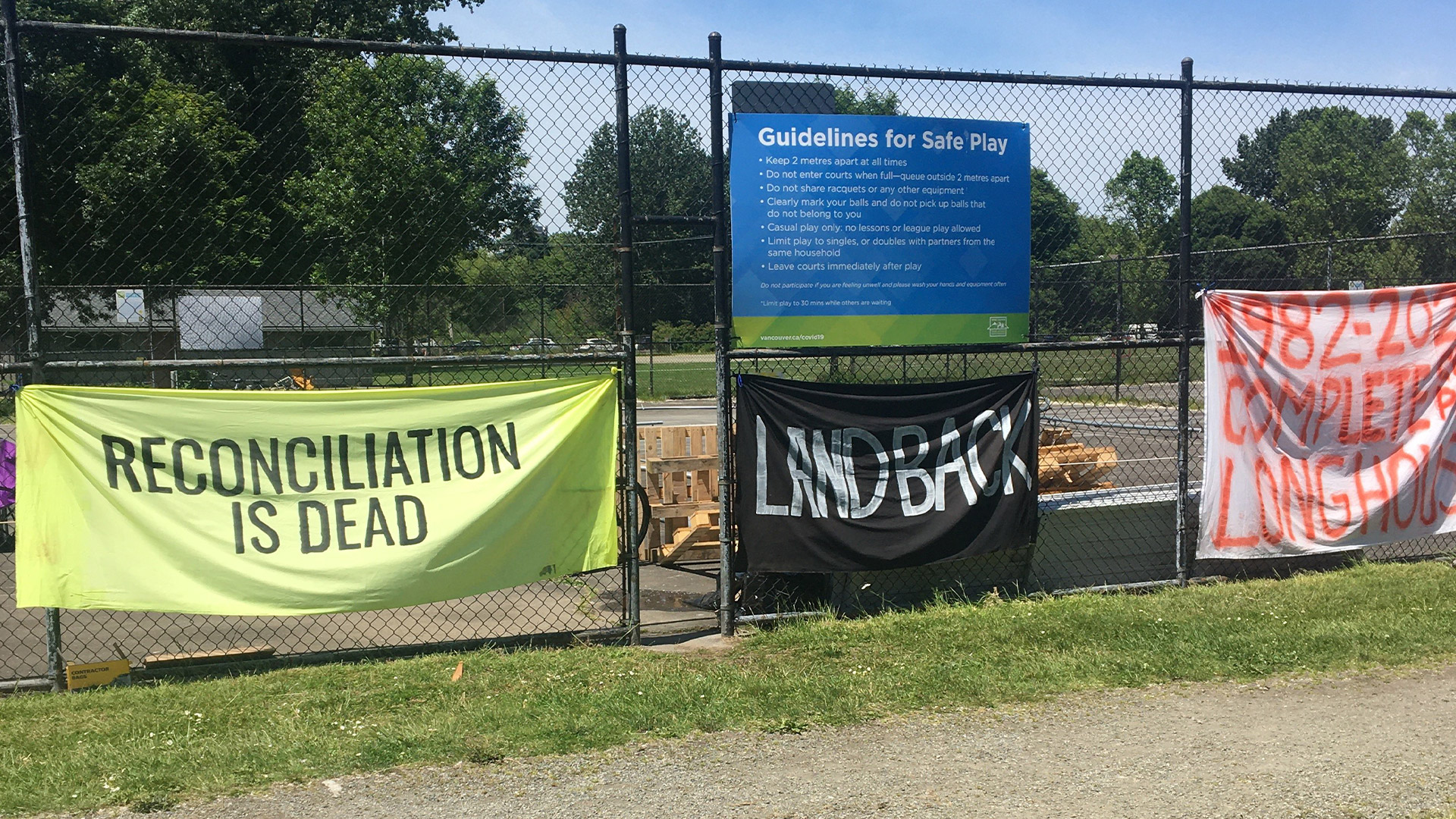 People here say despite the city wanting to get rid of them, they won’t give up the right to build their own community until they get permanent housing.

On Tuesday June 16 police moved in at 6 a.m. and a stand off lasted all day. Approximately 50 people sat in a circle surrounding Veronica the sacred fire keeper. As supporters on the other side of the chain link fence chanted –

“No justice, no peace,” they chanted.

In the end, 46 people were arrested and kept overnight.

With no offer of housing from the city, the group moved locations to Strathcona Park in east Vancouver. Making this their third location. They now have access to running water and a promise by the Vancouver Parks Board that the washrooms in the park will be kept open 24/7.

Volunteers have also stepped up including four chefs who prepare meals for everyone three times a day. Tables are adorned with free clothes, masks, sanitizer and narcan kits in case of an overdose.

Elder Veronica is once again the sacred fire keeper here.

She says an ember was brought from the old site to start the new sacred fire. She ensures everyone makes an offering of medicines into the fire and says a prayer when they arrive. Everyone is welcome including animals.

“Knowing I have huge crews behind me coming together ready and willing and have the skills and the professions to look after this community,” she said.

Indigenous film festival based out of Manitoulin Island go...

Probe into systemic racism in B.C. healthcare due in month...

Mother speaks out after son’s arrest by Saskatoon po...