Colleen Whitedeer’s brother vanished over a year ago. He was last seen near a bridge in Prince Albert

Jaydon Flett
APTN National News
Like she has done in Prince Albert, Sask., Colleen Whitedeer smudges each piece of red fabric before she ties them to a bridge in her hometown of Saskatoon.

Whitedeer hopes the red ties help raise awareness for Indigenous men who are missing, like her brother Timothy Charlette.

“He didn’t live a glorious lifestyle, but he was still a human being,” she said.

The Red Dress and the Red Ribbon campaigns are well known across the country.

Many started after an RCMP study showed that there are nearly 1,200 Indigenous women and girls have gone missing or murdered in the past three decades.

Now, a different kind of campaign is taking off.

“Like the women, the men are just as important,” said Whitedeer. “They deserve a voice, they deserve justice.” 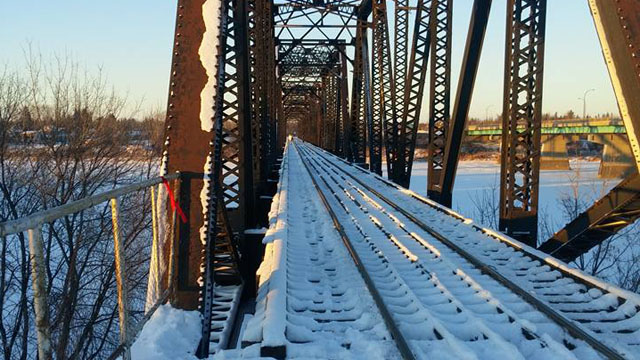 Charlette, was 27 years old when he was last seen with his girlfriend near the train bridge in Prince Albert.

Her death is not considered suspicious.

Whitedeer says Adam was a good friend of the family’s, and she’s glad that case was closed within 48 hours.

But, her brother has still not been found, and she thinks his disappearance should have been taken more seriously by Prince Albert police.

“Had he been the Mayor’s son, would they have closed the file? Would they have gotten the dogs involved? It’s been hard on my family, especially my mom, having had another brother who was murdered,” said Whitedeer.

That brother was Russell Whitedeer, murdered in Alberta in 1998.

She hopes by donning the bridges in Prince Albert and Saskatoon with red ties, it will raise awareness of her brother’s disappearance.

They know they’re not the only family searching for a son. 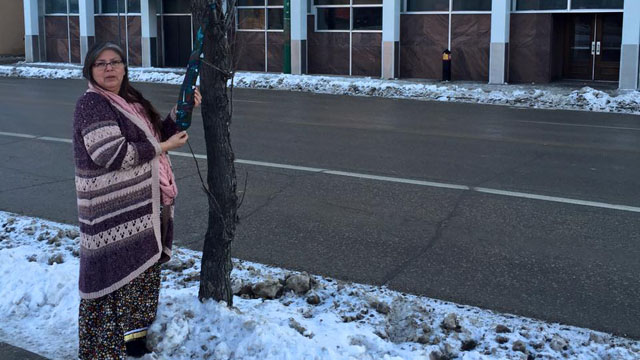 Lydia Daniels ties a necktie to a tree outside the Marlborough Hotel in Winnipeg, one of the places her son Colten Pratt was last seen.

Daniels has spent the past year looking for him.

She has started the Necktie Campaign in hopes of finding closure in his case and others.

“These symbolic ‘ties’ affirm our commitment we will never give up our search. The ties signify our hope and faith.” Daniels posted on facebook.

She has since started wrapping the neckties around hydro poles in downtown Winnipeg.

Pratt was 26 years old when he disappeared.

Police previously said Pratt was last seen leaving the Marlborough Hotel in Winnipeg on the evening of November 6, 2014.

But new information suggests he may have last been seen at the bus shelter on the corner of Redwood Avenue and Main Street in the early hours of November 7th, 2014.

While there are walks and campaigns for missing and murdered Indigenous women, and now a national inquiry, Daniels decided it was time to raise awareness for the Indigenous boys and men who have been murdered, or who are missing like her son.

That means, for over three decades, at least 70 percent of recorded Aboriginal homicide victims were men. 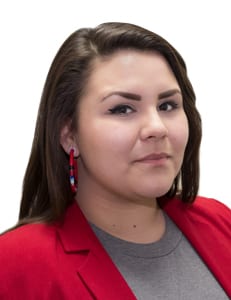