The Tsilhqot’in Nation in the Cariboo Region of British Columbia’s interior is back in court Tuesday.

The nation is fighting a decades long battle against Taseko Mines Ltd (TML).

“We have no choice but to stand up against Taseko,” says Chief Joe Alphonse.

“The B.C. government sure isn’t doing anything so we have to.”

The Vancouver based mining company is pursuing an injunction against the Tsilhqot’in for exploratory drilling.

The Tsilhqot’in people are historically known as strong warriors.

“This is what we have, what you see behind me and we’re going to keep fighting for that,” says James Lulua Junior. 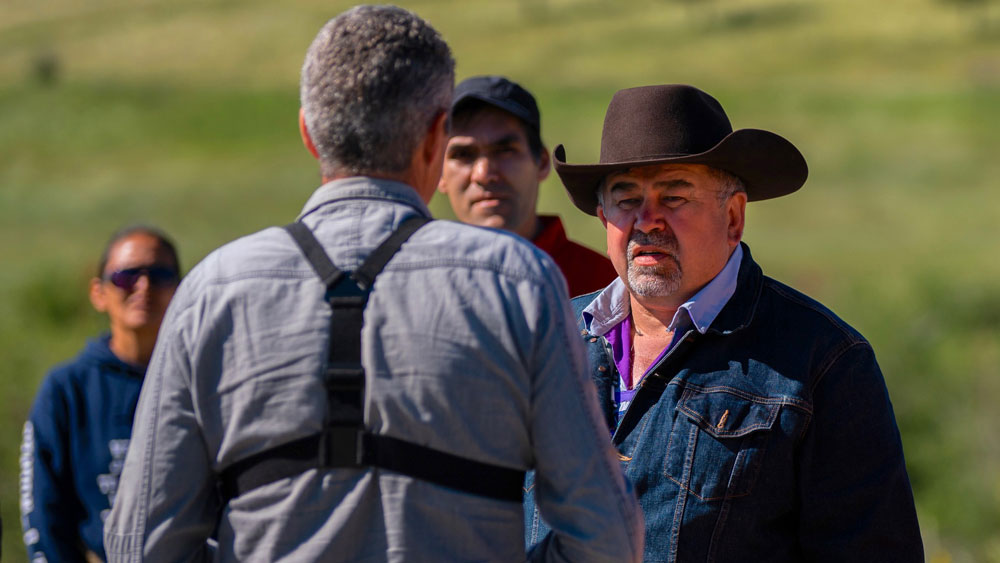 Today the Tsilhqot’in are known as the only nation in Canadian history to win Aboriginal Title to lands outside of a reserve.

In June 2014, the Supreme Court of Canada granted a declaration of Aboriginal title to the Tsilhqot’in Nation for almost 1,900 square kilometres of their lands.

But not all of their traditional lands.

The ruling acknowledged Indigenous nations can claim occupancy and control over vast swaths of land beyond specific settlement sites, and provide more clarity on Aboriginal title and set out the parameters for government “incursion” into land under Aboriginal title.

That part is still being worked out.  Meetings with both levels of governments haven’t provided much clarity yet.

And after 25 years of fighting for Title Rights, they still have a fight on their hands.

For the past five years they have been in and out of court defending their traditional territory against Taseko’s mining ambitions. 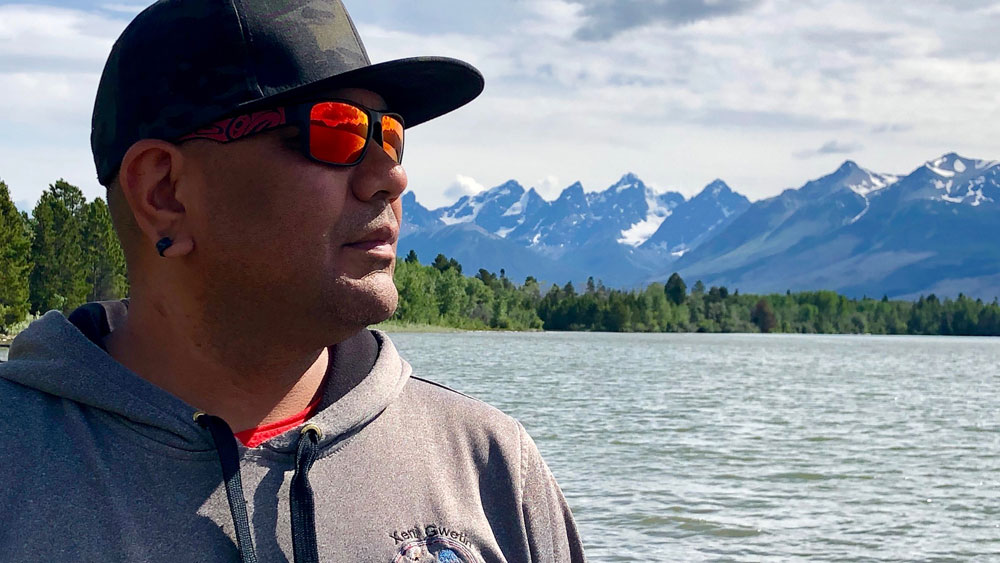 The Tsilhqot’in say they’re not opposed to all mining or economic development.

They sat down with the company early on in the process, but feel this is the wrong project in the wrong place.

“I think we have been playing very fair, we have let them in there before to play fair,” says Lulua.

Taseko wants to build an open-pit copper and gold mine at Teztan Biny, also known as Fish Lake.

The lake is just outside the Aboriginal title lands, but is inside Canada’s only court declared areas of proven Aboriginal Hunting and Trapping Rights.

In 2012, the B.C. Court of Appeal gave the Tsilhqot’in sweeping rights to hunt, trap and trade in its traditional territory.

Lulua says the Tsilhqot’in have every right to say no to the project.

“No matter what, just because it’s outside of title it’s still our traditional area and we are still going to fight for it,” says Lulua.

The province approved Taseko’s mine in 2010, but the federal government rejected the proposals twice, because of serious effects on the environment and Tsilhqot’in culture and rights.

The first, called the Prosperity Mine Proposal, included draining Fish Lake and turning it into a tailings pond.

In 2014, TML came back with a new proposal leaving Fish Lake as is with a plan to build a tailings facility upstream from the pit.

A major concern is the impact the project will have on water quality and seepage.

“Where Fish Lake is located it sits on a table above Taskeo River and Taseko Lake,” says Lulua.

“When you have probably the strongest sockeye run in Canada, North America, probably even the world and if anything ever happened at that mine it would kill that.” 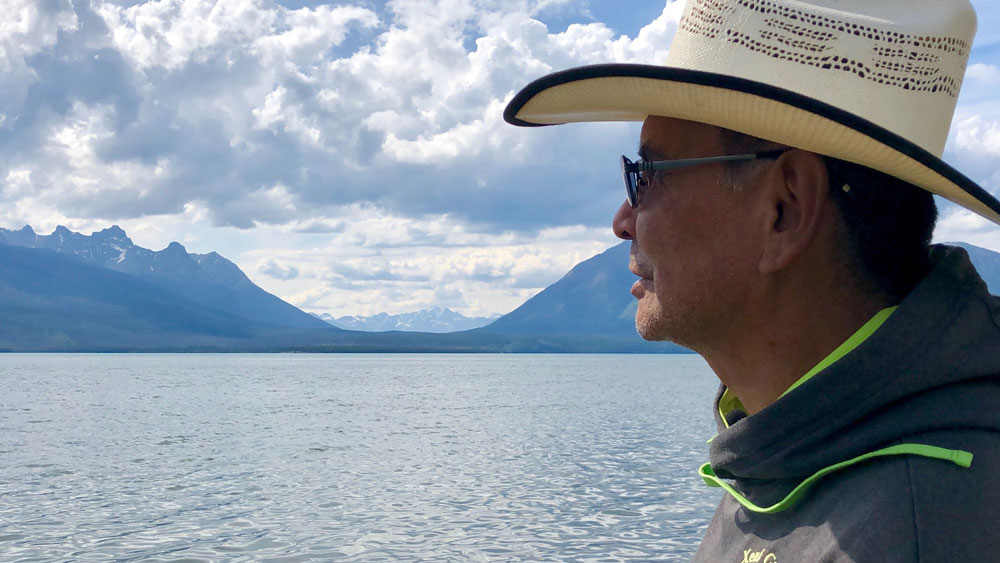 David Setah, also from Xeni Gwet’in, says the second proposal is no better than the first.

“It’s nothing better to us I mean there’s a lot of things they don’t see under there, they don’t know what is gong to happen,” says Setah.  “We pretty well know there is a lot of underground water that shows up around that area, winter time you can easily see it.”

“They haven’t done that study to see if the underground water is going to come out and leak into Taseko Lake.”

Despite both proposals being shot down by Ottawa, the B.C. government issued Taseko an exploration permit in 2017.

“The next step in the process is the Mines Act permitting process which is a much more technically detailed process and that is where you do a bunch more, probably about 40 million dollars worth of additional engineering work to prove up your design, says Battison. “We’re drilling 3-4 inch diameter holes to pull out rock samples, rock core to determine its drainage characteristics and we’re gathering soil samples from test pits that we would dig with a backhoe.

“It’s gathering information that would be helpful to everybody.”

But the Tsilhqot’in don’t want anything to do with the project and that means they’ll have to head back to court.

Lulua says he believes the company’s strategy is to bankrupt his Nation.

“It’s David against Goliath and we’re David and the fight is going to keep going on until we have no more funds,” says Lulua

“But no matter what, if we run out of funds it doesn’t mean we can’t go up there and stand in their way.” 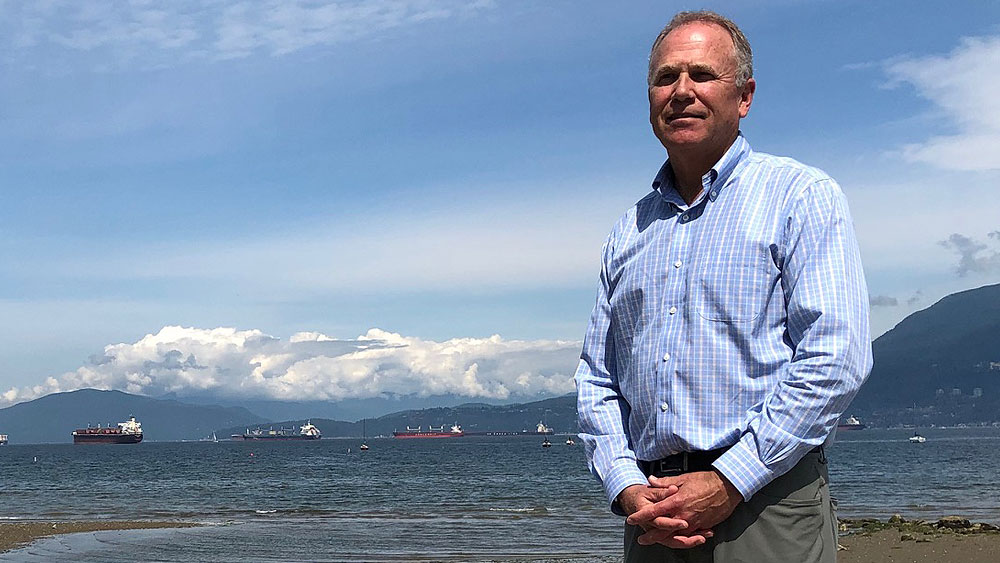 And that is exactly what they did in early July.

On the very first day. Taseko was to bring in heavy equipment, after fighting in court for two years, the Tsilhqot’in peacefully sent the flatbed truck away.

But that doesn’t mean Taseko is backing down.

On July 5, TML filed a notice of civil claim and an application for an injunction.

They say they have a legal right to be there.

“We have a lease out there, a 25 year lease on that piece of property and we have certain rights and interests that are attached to that lease and we want to exercise those rights and interests and develop that asset,” says Battison. “The province of British Columbia has approved it, they would like to see that mine go ahead because it is a large and important mine.

“It is the largest undeveloped gold copper deposit in Canada and ranks among the best in the world. It represents an enormous opportunity for people and for First Nations.”

Chief Alphonse says the Tsilhqot’in National Government (TNG) is planning more court challenges of their own, but don’t feel it’s fair or legal that they should be forced to.

“We have proven Aboriginal Right and have proven Aboriginal Title and no body else has done that, yet every industry, government and non-aboriginal person tries to minimize what that means,” says Alphonse. “For B.C. to continue to issue permits without our consent or involvement in our opinion is illegal and that is the real issue here.

“The courts need to determine what winning Title really is, what spending millions of dollars actually gets you.”

The Tsilhqot’in are calling on British Columbia to pull the permits and to uphold the United Nations Declaration on the Rights of Indigenous Peoples.

But the nation doesn’t expect much.

The Chief believes the province is worried about being sued.

“We are in a high stakes poker game right now,” says Alphonse. “If B.C. were to pull the pin on the permits then Taseko can turn around and sue for loss.

“If this is the treatment that you get after proving Aboriginal Rights and Title, then there is no hope for any Indigenous person in this country.”

APTN News contacted the premier’s office but no response was received when this article was published.

1 thought on “Tsilhqot’in Nation accuses the B.C. government of acting illegally, back in court to protect land”