Debbie Baptiste says she was hopeful when she went into the trial of the man accused of killing her son.

Hopeful that she would find justice for Colten Boushie, a 22-year-old Cree man who was shot and killed on a farm near Biggar, Sask., in August 2016.

But after two weeks in court and 13 hours of jury deliberation, she left angry.

Farmer Gerald Stanley, who admitted he fired the gun on the day her son died, was found not guilty of second-degree murder. He walked away a free man.

“I just have to keep living a nightmare over and over again,” Baptiste said in an interview this week.

“It doesn’t get better. Time did not heal.”

Saturday marks the one-year anniversary of the controversial, high-profile verdict in the Stanley trial. A pipe ceremony and candlelight vigil are planned in North Battleford, Sask., and Boushie’s family members are expected to share their thoughts about the last year.

Stanley took the stand at his trial and testified that his gun had gone off accidentally. He said he was firing to scare off some young people he thought were stealing from him after they drove onto his property.

Boushie was sitting in the driver’s seat of a Ford Escape when he was shot in the back of the head.

Public reaction to the acquittal was immediate and intense.

While some rural property owners, fed up with high crime rates, saw justice in the verdict, social media also lit up with rage and grief.

Prime Minister Justin Trudeau tweeted that he empathized with the pain felt by Boushie’s family. Jody Wilson-Raybould, federal justice minister at the time, pledged that Canada “can and must do better.”

The next day, rallies were held from coast to coast. A protest camp quietly set up on the lawn of the Saskatchewan legislature and stayed there for more than six months.

Within two months of the verdict, the federal government brought forward legislation that proposes to abolish peremptory challenges, which allow lawyers to reject potential jurors without having to provide a reason.

Such challenges were criticized during the Stanley trial for allowing the defence to exclude visibly Indigenous people during jury selection.

“If they go through, these are probably the most fundamental changes to the jury system that I’ve seen in 30 years of teaching criminal justice,” said Kent Roach, a law professor at the University of Toronto.

Roach, who recently published a book about the Stanley case and its racial and historical context, said the trial received worldwide media attention because of the push by Boushie’s family for change.

Roach believes there ought to have been a coroner’s inquest into Boushie’s death. It could have examined what happened against the backdrop of racism, rural crime, policing and treaties, he said. 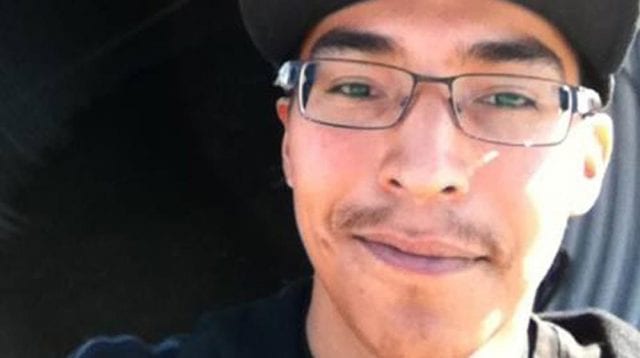 February 9, 2019 is the one-year annivesary of the controversial verdict in the death of Colten Boushie (APTN file).

“What I fear is that we will continue to have polarized opinions about this case and that, with the exception of these controversial Criminal Code amendments, it may actually fade into history as just … another example of where Canadian justice has failed Indigenous people.”

One year after the acquittal, Baptiste has lost hope she will ever have justice for her son, but is still looking for “change in the justice system – that we have equal rights in that courtroom.”

She wants a public inquiry.

The provincial government, saying the trial laid bare the facts of the case, has rejected that.

Saskatchewan Justice Minister Don Morgan who, along with Premier Scott Moe, met with Boushie’s family after the verdict, said the province wants to expand restorative justice and culturally sensitive programs.

“We should never forget the tragic death of Colten Boushie and how it changed the lives of two Saskatchewan families forever,” Morgan said in a statement.

Alvin Baptiste, Colten’s uncle, wants a law firm established that would be devoted to helping Indigenous people through the justice system. He also wants a museum in North Battleford to teach people about First Nations history in the region.

But no matter what changes may come, Baptiste knows she faces one unending reality.

“That will never change.”