A new report released by two environment groups says sea lice on farmed salmon are now resistant to the pesticide used to commonly treat the problem.

Salmon from Atlantic Canada are held in pens on the B.C. coast.

“The spring of 2018 saw parasitic sea lice on both farmed and wild juvenile salmon in Clayoquot Sound reach levels never before seen in the province of B.C.,” states a new report called Lousy Choices.

The report, written by Alexandra Morton of Raincoast Research, and Karen Wristen of Living Oceans, claims that sea lice in Clayoqout Sound have become resistant to the pesticide SLICE and that industry regulators failed to protect wild juvenile salmon.

Morton has been studying sea lice in British Columbia for 20 years and says it’s not easy to reduce sea lice.

“Sea lice have an exceptional ability to become resistant to drugs and other treatments,” she says. “That is why fish farms don’t belong where wild juvenile salmon are migrating through.” 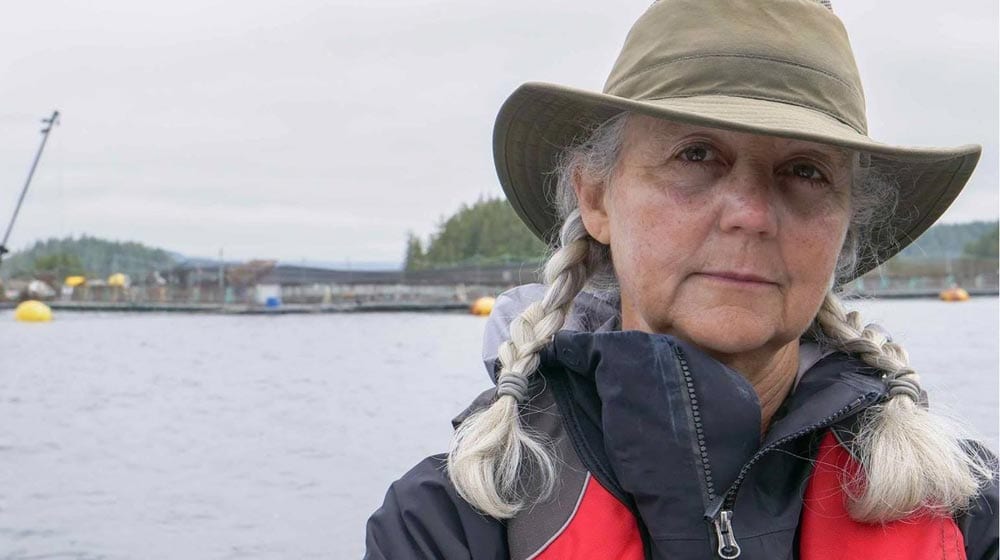 Clayoquot Sound is located on the west coast of Vancouver Island and has one of the densest concentrations of open-net salmon farms in B.C.

Earlier this year seven of those farms were infested with sea lice, a parasite that occurs naturally in the wild, but flourishes in small crowded open-net pens.

The infected farms are located on wild salmon migration routes which can pose a serious threat to wild juvenile salmon on their way from freshwater to the open ocean.

“Salmon feedlots make it easy for lice to thrive, multiply and mutate,” says Morton. “They ride on salmon, grazing on the mucous layer covering the skin.

“I’m sure the sea lice on the farmed fish are not a problem because these are great big five to 10 pound fish covered in scales, but wild juvenile fish are tiny with no scales.”

Under the Federal Department of Fisheries and Oceans (DFO) regulations, salmon farms must ensure adult fish are not infected by more than three active sea lice.

But Cermaq reported their fish were infected by up to 30 in April.

“As part of our commitment to transparency and meeting the toughest third-party certifications, including the ASC standard, we publish information about the environmental impacts of all our farms, not just those in the certification process.

“The loss of efficiency of SLICE had a role to play in the levels of sea lice, but the abundance of sea lice in the region was due to unusual hot, dry weather that affected water quality,” says Linda Sams, the sustainable development director of Cermaq Canada. 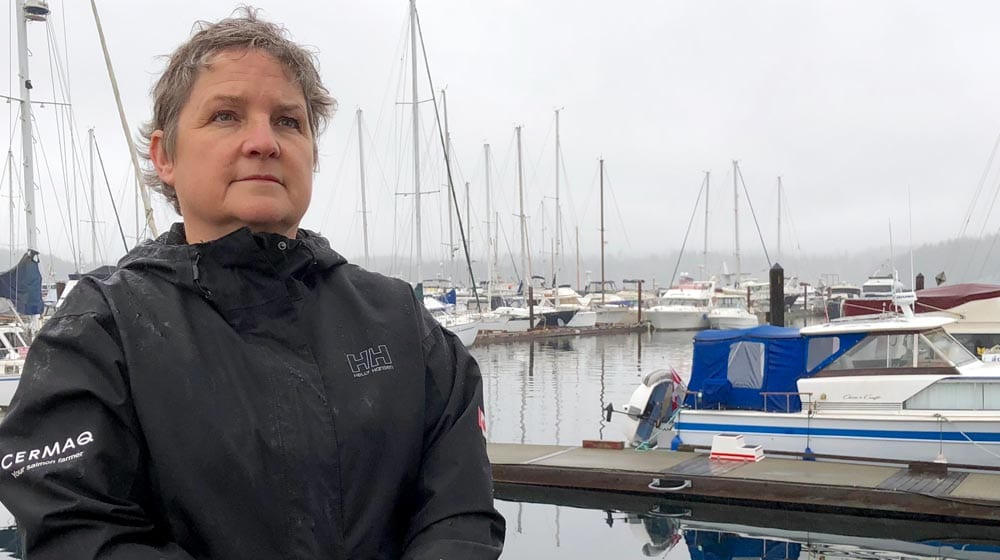 The fish were treated for sea lice using both SLICE and hydrogen peroxide baths, but Sams says the fish were humanely euthanized due to overall poor health.

“At the end of the day the responsible thing to do there was close that site down,” she says. “And it was a hard decision because it’s a big business move for us to do that.”

The outbreak occurred during the critical migration period when young salmon are leaving Clayoquot’s rivers.

According to the report, 96 per cent of wild juvenile salmon in the area were infected with an average of eight lice per fish, some as many as 50.

And it only takes 1 to 3 lice to kill the young fish, according to the report.

“It makes me very angry that DFO allowed this to happen,” says Morton. “There is no way they did not know about this problem because myself and other scientists have been telling them for 18 years.”

“In the very beginning they told me that they needed made in B.C. science so I turned my home into a research station, invited every scientist that would come, and we have now cranked out over 30 scientific papers on the impacts of sea lice in B.C.” 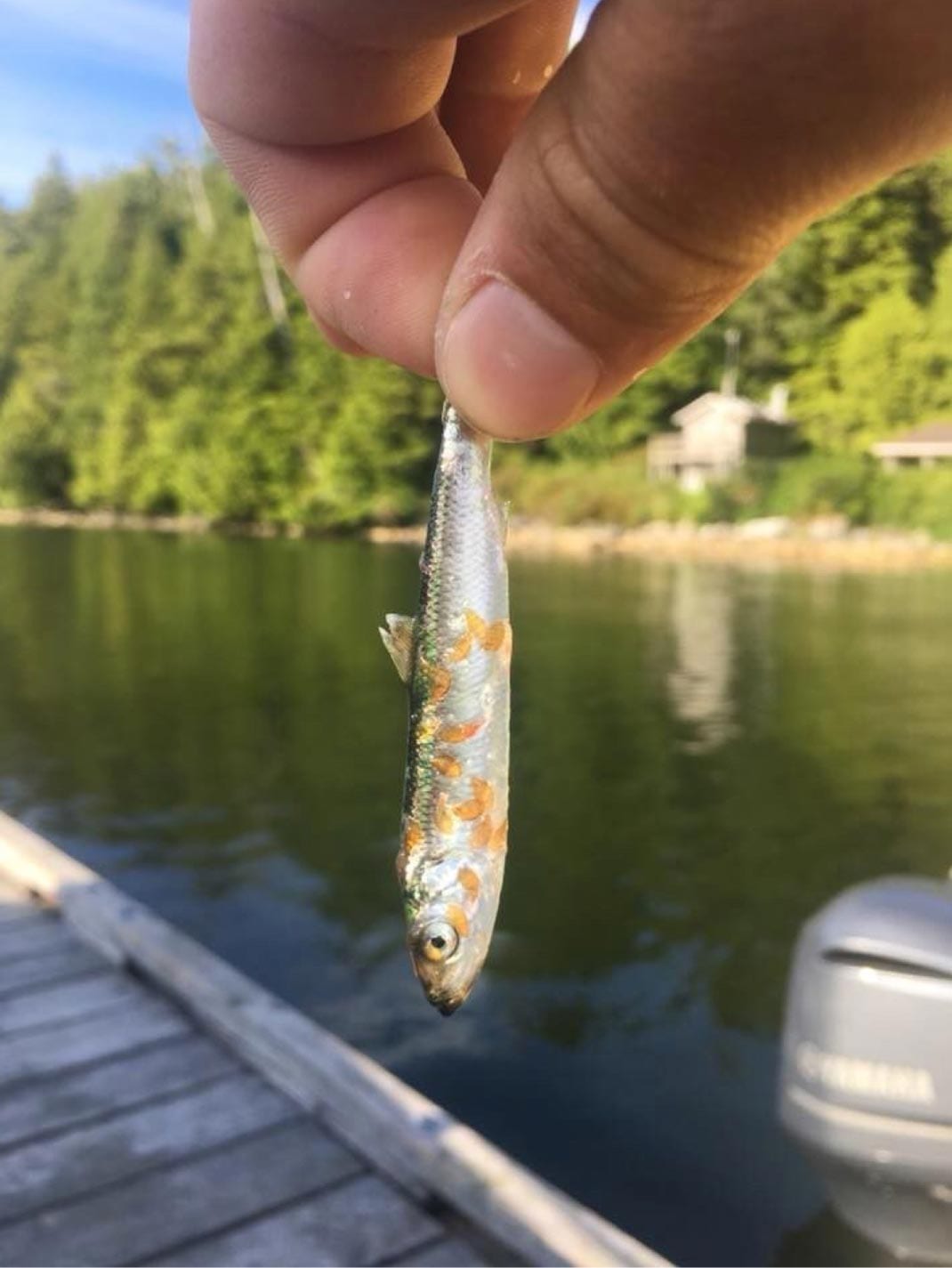 In an email to APTN News, DFO confirmed the findings that say sea lice on salmon farms are becoming resistant to SLICE.

“During most years, more than 90 per cent of sites in B.C. are below the regulatory thresholds for sea lice during the wild salmon outmigration period (from March 1 to June 30 of each year).   However, there were documented failures of SLICE treatment at Klemtu in 2013 and Esperanza Inlet in 2017 and now Clayoquot Sound in 2018,” says DFO.

SLICE is an emamectin benzoate drug and is the only pesticide approved for treating sea lice on Canadian fish farms.

“Research is under way by DFO, industry, and academia, to find alternative methods to manage sea lice, and to better predict and track SLICE resistance,” DFO says.

But Morton argues that alternative methods should have already been in place and that DFO should have stepped in to protect wild salmon.

“When DFO first saw those high levels of sea lice they should have made the company bring them down right away,” says Morton.

“What I see here is a complete 100 per cent management fail by DFO because Ahousaht lost a generation of outgoing juvenile salmon this spring.”

Ahousaht First Nation has a partnership with Cermaq Canada. 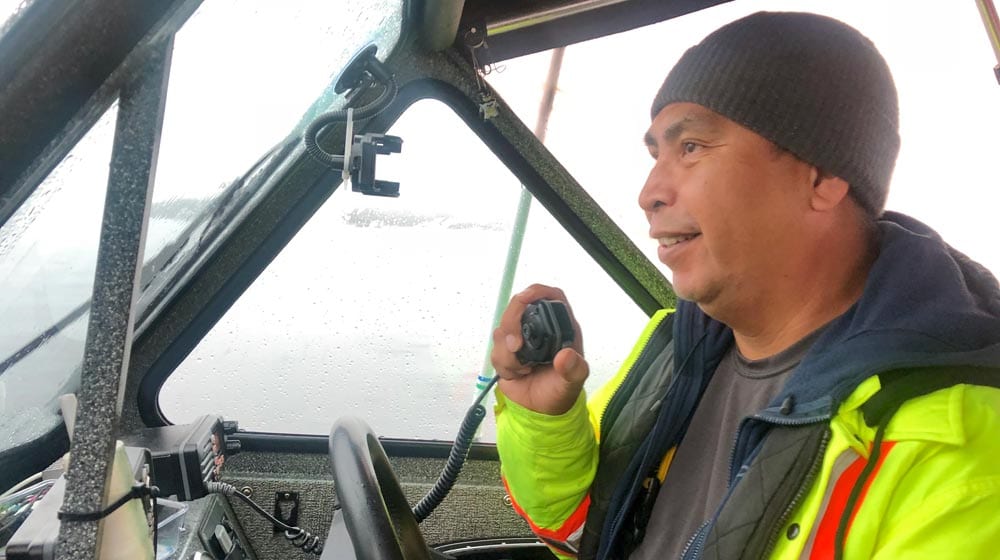 (Skookum John on his boat along the B.C. coast. Photo: Laurie Hamelin/APTN)

The fish farm owner provides jobs, and economic and social benefits to the community.

“It makes me pissed off, says John. “We never needed a company like this.”

John is from Ahoushat and runs his own water taxi and whale watching business in Clayoquot Sound.

He fears for the future of wild salmon.

“Wild salmon is going to be extinct and it’s hard to swallow that, says John. “We need the wild salmon, if they are extinct so are we.  They feed us, they feed the animals, and when the animals eat it they take it into the woods.

“And what does that do, it fertilizes our trees, and what do our trees give us?  They give us oxygen.”

In an effort to not have a sea lice outbreak in the future, Cermaq has invested $12-million into a custom built barge that they say will remove and capture sea lice and their eggs using only pressurized water.

The new hydrolicer will be used alongside SLICE and hydrogen peroxide baths, and is scheduled to arrive in the spring.