Saskatoon’s mayor and councillors have a lot of reading to do.

By the end of the year they plan to have read each of the 1,200 pages from the final report of the National Inquiry into Missing and Murdered Indigenous Women and Girls (MMIWG).

On July 29 the city council adopted a motion requiring each member to read the full report and undertake efforts to implement the report’s calls for justice relevant to municipalities.

The motion was introduced by the city’s mayor, Charlie Clarke.

“Whenever you have such a huge and wide-ranging report about an issue that’s really, really important to our community — it affects many many families in our community and at the same time involves a lot of understanding, exploration of a lot of the different aspects of your community to make change and turn things around,” he said.

Clarke said the council will not just look at the inquiry’s 231 recommendations, or calls for justice, but instead “understand the stories that went into that and the thinking and the insights that were gained from the deep kind of ways that colonization and racism…have taken shape over time, so then when thinking about how do we build towards change.” 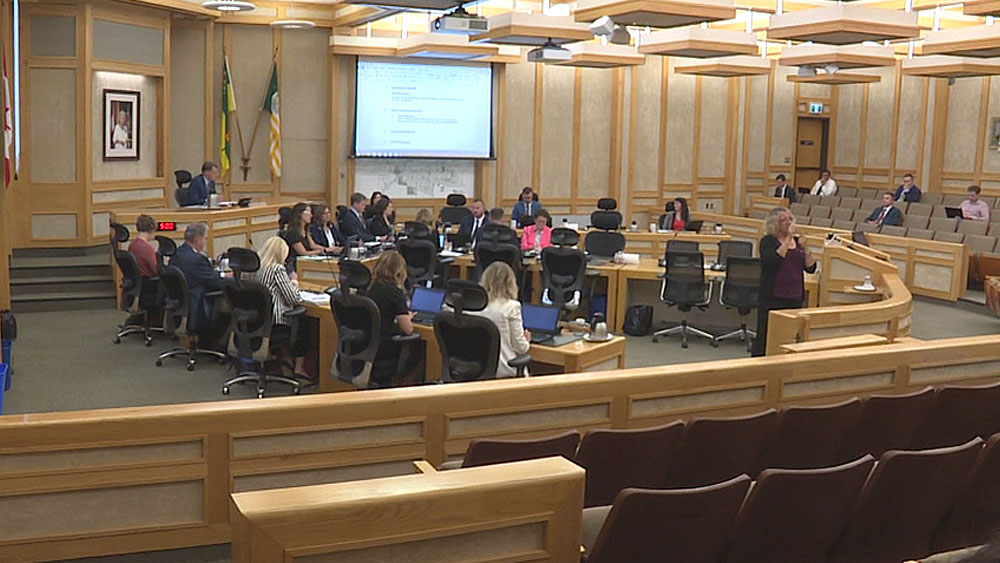 (On July 29 Saskatoon city council passed a motion that will see the mayor and councillors review the MMIWG inquiry’s final report and determine how to implement the commission’s calls for justice.)

She supports the city’s efforts.

“I think they’ve known for a long time that the prairie provinces have been hot spots of missing and murdered Indigenous women and girls,” she said, adding she hopes Saskatoon will inspire other cities to follow suit.

Clarkes said the hard work will begin once he and the councillors have read the report.

“Having a review of it thats thoughtful and systematic, that looks at where are the touch points with municipal services, to me is the right way to help figure out how we can bring the community together then take action on it,” he said.

Priscilla is Cree and a member of Mistawasis Nehiyawak in Saskatchewan. She has worked with APTN National News in the past as a reporter in Winnipeg, host for an entertainment segment, and the 2010 Winter Olympics. Wolf is an alumni of the INCA –Indian Communications Arts Program at FNUC & has a BA of Indigenous Studies from the University of Regina. She brings over ten years of experience working in media across the prairie provinces.