The Peter Ballantyne Cree Nation (PBCN) in northeastern Saskatchewan is dealing with a presumptive case of infectious COVID-19 in one of its eight communities.

The First Nation said the case was discovered in Southend, a community of 900 about 450 kilometres north of Prince Albert.

“Exposed persons have been notified and are being monitored by PBCN Health Services and public health officials from Northern Inter-Tribal Health Authority (NITHA),” the band said in a release Sunday evening. 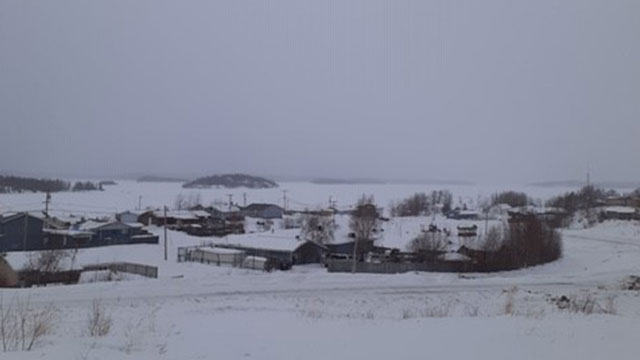 (A photo of Southend taken March 15.)

Details about the infected party weren’t disclosed in the release.

This brings the number of presumptive cases in Saskatchewan to six. There were more than 300 cases of the flu-like virus in Canada on Sunday.

First Nation members, employees and partner agencies were notified about the case via an official letter, the release added.

“Information packages about COVID-19 were delivered door-to-door,” it said, noting a pandemic preparedness plan was activated in all eight communities.

In the meantime, they said they were taking the following precautionary measures:

The band said “social distancing” was in effect, with a two-metre buffer in public spaces.