Editor’s Note: APTN News originally reported that the RCMP filed a statement of defence when in fact it was Cpl. Kent Hall filing it on his own behalf.

An RCMP officer in B.C. says his conduct during the interrogation of a female youth who went to police to complain of being sexually assaulted was not improper.

In the interview, first reported by APTN News, Hall asked a series of questions to the youth who was in care at the time.

“Were you at all turned on during this at all? Even a little bit?” Hall said to her in one part of the more than two hour video of the interview. “You understand that when a guy tries to have sex with a female and the female is completely unwilling it is very difficult.”

The video surfaced as part of a civil suit against the Ministry of Children and Family Development and individual social workers.

More than a dozen Indigenous youth had their funds siphoned off by social worker Robert Riley Saunders.

The ministry has admitted vicarious liability for the scheme.

Hall “denies each and every allegation of fact” contained in the woman’s civil suit.

The statement denies “any act, omission, negligence, breach of duty, statutory or otherwise, on the part of Cpl. Hall.” 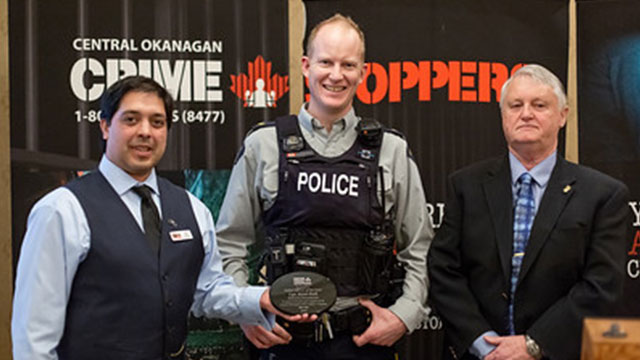 The woman, who APTN has previously identified as ‘J’ filed a  lawsuit last month claiming  her charter rights were violated because she was actually brought into the detachment on suspicion of public mischief, not to report a sexual assault.

“Put simply, the Plaintiff’s section 9 and section 10 charter rights were never engaged,” according to the statement filed in court.

General occurrence reports obtained by APTN show that the woman was brought into the detachment on suspicion of public mischief for lying about the assault. She was not charged but ordered to participate in a restorative justice program.

She said that process included a requirement to write letters of apology to her foster parents and her social worker according to a March 2019 civil suit brought against the Ministry of Children and Family Development.

The response also stated the limitation period “expired sometime in 2015 or 2016” and “this claim cannot be brought” as a result of the expiration.

“The actions of Hall, the RCMP, were reckless, arrogant, high-handed and abusive and showed a callous disregard for the Plaintiff’s rights,” the claim said.

“Hall and the RCMP have engaged in conduct that is reprehensible and deserves punishment. The Plaintiff therefore, seeks punitive and exemplary damages against the Defendants.”

Hall’s response states “there is no basis for punitive damages,” as those are only awarded in exceptional circumstances.

“The proper conducting of a police interview for investigatory purposes does not meet this high threshold.”