The woman at the centre of a disturbing video, recorded while she was reporting a sexual assault in Kelowna in 2012, is suing the RCMP officer who interrogated her.

The case stems from then-Const. Kent Hall’s interrogation of the woman who was just 17 at the time. In the interview video obtained by APTN News, the officer asks the woman if she was “turned on” during the alleged assault.

A statement of claim filed in Kelowna court Friday names Hall, a Kelowna RCMP officer with a previous criminal conviction, according to documents obtained exclusively by APTN.

Hall’s criminal conviction stems from a shooting incident in 2009. He was convicted of careless use/storage of a firearm after shooting a suspect who had pepper-sprayed him.

Attempts to reach Hall at his detachment for comment on the lawsuit have not been successful.

APTN previously identified the woman as “J” as she was in the care of social services.

B.C. RCMP told APTN in an email they knew the lawsuit was coming but added they have not received confirmation that it was filed or been formally served.

“Generally, once served the RCMP would discuss the matter with our legal counsel (the Department of Justice) and they would provide an official response through the legal process within defined timelines,” the RCMP spokesperson said in an emailed statement. 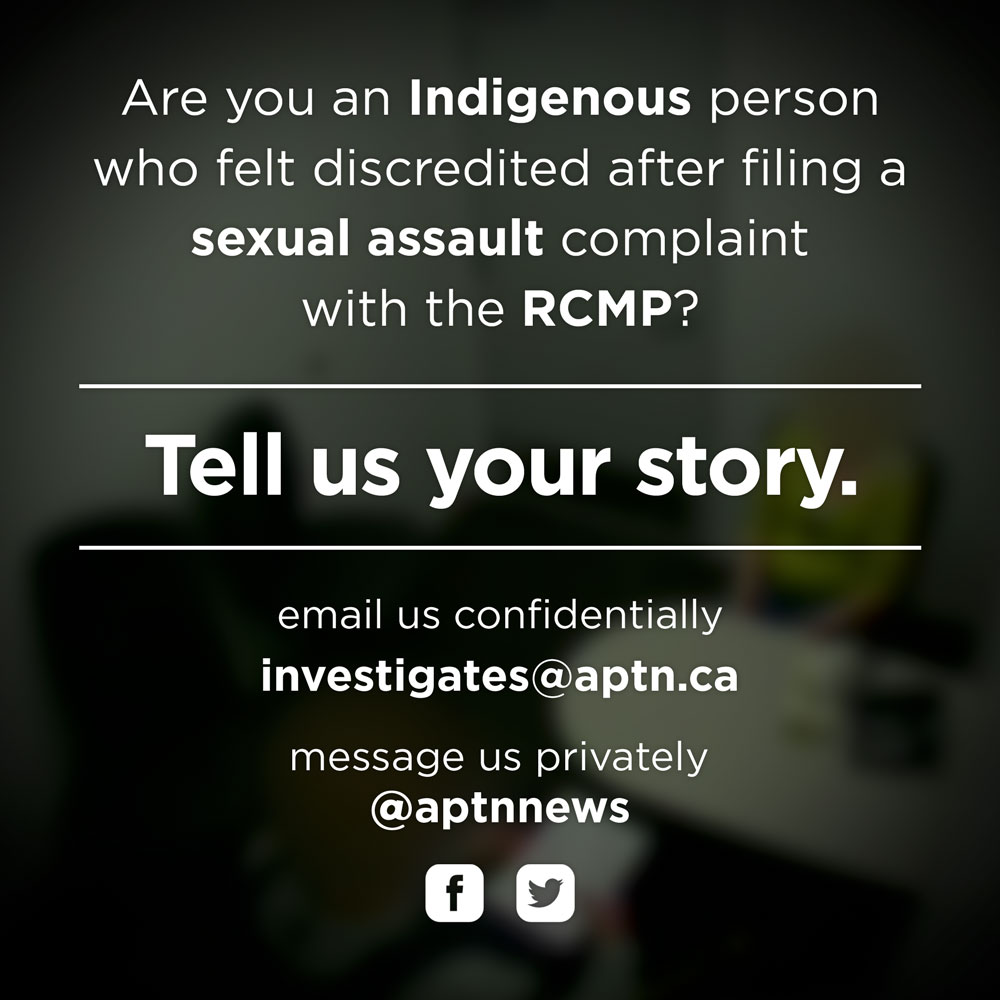 The June 15 email from the RCMP also confirmed that Hall is the officer involved in the 2009 criminal conviction, adding “the matter was investigated and addressed through the court system.”

“I note that should you wish to reference the 2009 matter that was public and covered by the media, there are also other public references about the same police officer in which he was acknowledged twice for his life-saving efforts,” the email adds.

Recently, Hall was awarded the St. John Life-saving Award after applying a tourniquet to a German tourist’s leg after the tourist was hit by a motorcycle in 2017.

He also received the Lieutenant Governor’s award for holding a suicidal woman as she leapt from a Kelowna bridge.

The lawsuit alleges that Hall and the RCMP breached the woman’s charter rights by not telling her why she was detained and failing to advise her of the right to seek counsel..

“Hall intentionally and repeatedly used questions that amount to stereotyping of a sexual assault victim, which caused the Plaintiff to doubt her complaint,” the claim says.

According to RCMP general occurrence reports obtained by APTN, the woman was brought into the detachment on suspicion of public mischief for lying about the assault, though she was not advised of that.

“I thought I was coming in to report the assault,” she said in a recent interview with APTN. “He didn’t tell me my rights.”

She was not charged.

The lawsuit alleges that Hall and the RCMP breached the woman’s charter rights by not telling her why she was detained and failing to advise her of the right to seek counsel.

It is further alleged in the court filing that Hall knew or should have known his behaviour would harm, offend, belittle, demean, threaten and humiliate her.

None of the allegations have been proven in court.

The video surfaced as part of a civil action brought against the B.C. Ministry of Children and Family Development (MCFD).

Dozens of Indigenous children formerly in care, including “J,” are suing the government and individual social workers for allegedly siphoning off their funds. The ministry has admitted “vicarious liability” for the scheme.

“J” is also suing MCFD and two social workers in another civil suit.

The woman now seeks general, aggravated and punitive damages from the attorney general of Canada, B.C.’s minister of justice and Hall personally.

“The actions of Hall, the RCMP, were reckless, arrogant, high-handed and abusive and showed a callous disregard for the Plaintiff’s rights,” the claim says. “Hall and the RCMP have engaged in conduct that is reprehensible and deserves punishment. The Plaintiff therefore, seeks punitive and exemplary damages against the Defendants.”