Joy SpearChief-Morris’ dream of representing Canada at the 2020 Summer Olympic Games in Tokyo, Japan, is on hold.

The 26 year-old has spent the past 8 years pursuing that dream in the 100 Metre Hurdle.

“I’ve made several choices and sacrifices in my life in order to train and compete at the level that I do in order to qualify for these Games,” says SpearChief-Morris.

Olympic trials for the 100 Metre Hurdle were set to take place in June, however, like so many other events in life right now, they have been postponed due to the COVID-19 pandemic.

“It is of course gut wrenching,” says SpearChief-Morris who feels the decision to postpone the games was the right call.

SpearChief-Morris, who is originally from Lethbridge, Alta., and whose mother is from Kainai First Nation and her father is an African-American from Los Angeles, feels it would have been reckless for the International Olympic Committee (IOC) to push forward with the Games during a global pandemic.

On Mar. 24, the IOC announced the Games “must be rescheduled to a date beyond 2020 but not later than summer 2021, to safeguard the health of the athletes, everybody involved in the Olympic Games and the international community.”

“We’re in uncharted territory right now and having the Games proceed at a time like this without the consideration for the health and safety of not just us as athletes, but as human beings, as well as the health and safety of all of those who are involved in these Games was irresponsible for the IOC. I am thankful that the IOC has agreed to postpone the Games for those reasons,” says SpearChief-Morris.

Looking at another year of training to qualify is hard to process for SpearChief-Morris.

“I am in one instance relieved for the delay because with everything changing so quickly day to day, I like many other athletes have not been able to properly prepare or have the opportunities I need to qualify for the Games by this summer,” she says.

“At the same time, I am also processing he current situation like everyone else, feeling sadness and loneliness with losing training facilities and training groups and need to self-isolate as much as possible.”

SpearChief-Morris says it has been easier knowing that every other athlete is facing the same situation right now but feels for the athletes who will not be able to pursue their dreams for another year during the postponement.

In 2017, SpearChief-Morris was named the Indigenous female athlete of the year by the Aboriginal Sport Circle and awarded the prestigious Tom Longboat National Award.

The Tom Longboat Awards were established in 1951 to recognize Indigenous athletes for their outstanding contributions to sport in Canada.

Lavallee, who is Metis and from Manitoba was a member of the Junior National Canoe-Kayak team, at the time.

For years, Lavallee also had his sights set on Tokyo 2020 but decided earlier this year to retire from competition to start a non-profit called Waterways Recreation.

“There was a time where all I thought about was Kayaking and making it to the next level but since 2014 I have had a growing feeling that I needed to do something greater than myself,” says Lavallee. 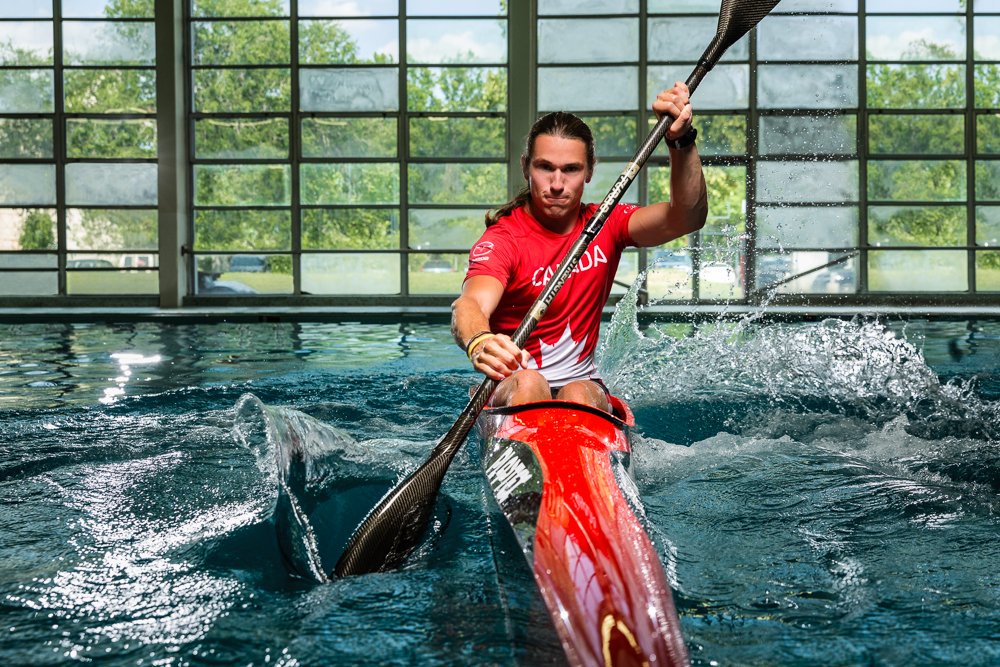 Lavallee believes the postponement of the Games will be devastating to many athletes who have been dreaming of the opportunity to compete in the Olympics since they were kids.

“I think most athletes are incredibly resilient to have made it this far already,” says Lavallee

“But with major completions cancelled, gyms closed and no in person practices, this is going to be a very difficult year for athletes. For many, their whole world and identity is shaped around sport and when all that comes crashing down, things can get ugly,” says Lavallee who hopes Canadian sport organizations step up and offer mental health supports so that athletes can succeed now and into the future.

Lavallee believes it’s going to be an especially difficult time for the athletes who planned to retire, start families or new careers after the 2020 Olympics.

The bright side says Lavallee is the Olympic Games are only postponed and not cancelled.

“I look forward to hearing how Canadian athletes overcome these struggles when we see them on the podium in 2021,” says Lavallee.

SpearChief-Morris hopes to be one of those athletes.

“I do feel for those who are not able to pursue another year, but for those of us who can, we will be ready for Tokyo 2021,” says SpearChief-Morris.