The Penticton Indian Band Emergency Operations Centre (EOC) has a team of healthcare nurses that are investigating and doing contact tracing.

“It has been strongly recommended that anyone who attended the wake and/or funeral of our Nation member in Oliver on September 10 and 11 self-isolate immediately,” reads the release.

As a precautionary measure, all schools located on the PIB reserve are undergoing a 14-day closure. This has caused stress and anxiety for students.

“They had to shut down everything,” says student Savannah Louis.

Louis is an Okanagan Indian Band member from Vernon B.C. and is a student attending classes at the En’owkin Centre, located on the Penticton Indian Reserve.

She is currently living off-reserve in the city of Penticton and is enrolled in the recently announced four-year Nsyilxcən language degree, in collaboration with NVIT and UBCO.

In 2013, Louis started attending the En’owkin Centre and has had a goal to obtain her bachelor’s degree in the Nsyilxcən Language Fluency program, so she can enter her masters within the field of Indigenous studies.

“I didn’t think that I would be able to do something like this, I love it,” Louis says.

Louis’s classes were set to begin on Sept. 9 but were postponed until Sept. 14 for technical reasons. And then, with the positive case in the community, classes were cancelled from Sept. 14- 16. Online classes resumed the evening of Sept. 17.

Meanwhile, all PIB schools will remain closed for in-person instruction until the end of the 14-day closure.

Along with the schools, all PIB buildings and properties are closed until Sept. 25, to visitors and non-essential employees.

“Non-essential employees and employees who attended the services have been asked to work from home, and visitors will not be allowed into the offices, according to PIB recent release.

PIB Health has said that COVID-19 testing is available at Snxastwilxtn Centre to all community members who have symptoms or who have been directed by their health care provider to get tested.

“The EOC would like to thank all of the individuals involved in the contact tracing process for taking immediate action to help protect our community,” reads the recent release.

To reduce the spread of COVID-19, the band is requesting that community members self-monitor for symptoms such as fever, chills, cough, runny nose, shortness of breath, sore throat, fatigue.

If community members have any COVID-19 questions or concerns, or if you have symptoms and think you may require COVID-19 testing, please contact PIB Health at (236) 700-0674. 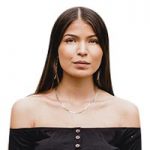