Nadya Kwandibens picked up a camera for the first time at the age of 17 during her enrollment in Confederation College where she studied film production in Thunder Bay, Ont.

“I don’t remember holding a camera before that. When I picked it up, I was just hooked,” says Kwandibens.

She grew up in Animakee Wa Zhing 37 First Nation and remembers wanting to be a writer or an English teacher, and as a young Anishinaabekwe, she knew she wanted to tell stories.

“There was so much at the time and even still today, how much there’s a negative stereotype of our Indigenous people in mainstream media,” she says.

“And why not combat that image out, completely obliterate it with beauty and strength of our nations.” 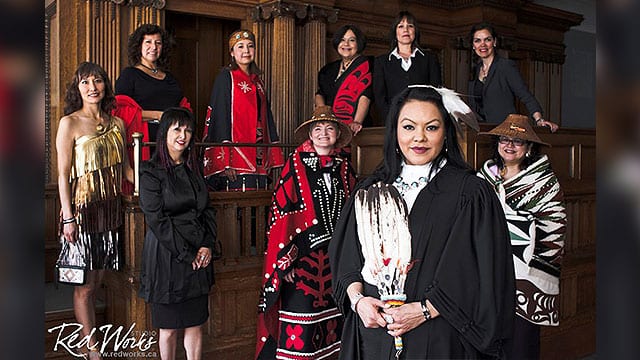 Another series she works on is called “The Red Works Outtakes” to challenge that stoic Indian stereotype.

The photographer recently spent a week in Winnipeg taking photos for her latest series called “The Red Chair Sessions.”

Kwandibens says her goal is to portray the importance on reclamation of Indigenous spaces, places, and languages, “The red chair being seated and grounded and seated firmly on it (the ground) says to me, we’re not going anywhere.  This is our land.”

Lisa Charleyboy who is a client says she’s seen “The Red Chair” series online and has been watching it grow and wanted to be a part of it.

“I thought that was an interesting perspective and a really beautiful way of celebrating and show positive images of Indigenous people,” she says.

Throughout the years, she’s captured so many powerful images, it can get emotional sometimes.

In February she took photos for the National Inquiry Awareness Campaign for Missing and Murdered Indigenous Women and Girls called “SacredMMIWG”.

She photographed advocates, celebrities and even those impacted by this national issue.

“All the sessions that I photographed, like the family members, it really touched me,” she says. 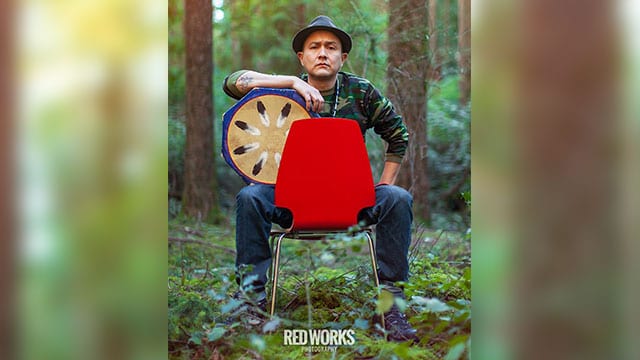 Kwandibens explains shooting these emotional sessions, you have to take time for yourself and make sure you’re okay.

This advice rang true for her last year when her mother, uncle, and sister passed away.

As she reflects back on that time, even though she was grieving, she continued to work. \

“My mom wouldn’t want me to sit at home alone.  She was really proud of the work I did,” says the photographer.

In the end, she hopes she can inspire other people to break down negative stereotypes of Indigenous people.

“My advice is always the same, just get out there and do it,” says Kwandibens.

“It’s really all about spending time with people and that’s really a large part of the job.”