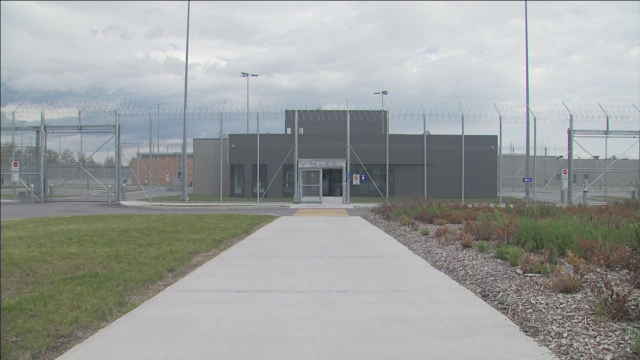 An Indigenous woman incarcerated in Quebec took up the torch for the federal prison population by filing a class-action lawsuit against Correctional Services Canada (CSC) saying it “failed in their duty” to protect vulnerable inmates from the spread of COVID-19.

In documents filed at the Montreal Courthouse this week, Joelle Beaulieu, a member of the Ojibwe Nation, claims she was “patient zero” in an outbreak at Joliette Women’s Institution, approximately 80 kilometers northeast of the city.

In just over two weeks, the number of confirmed cases at Joliette grew from 10 to 50. Now, more than half of the facility’s 82 residents are infected with COVID-19.

“To sum it up, it boils down to not doing enough, and doing it too late,” explained Philippe Larochelle, whose law firm initiated the process.

“In the case of Madame Beaulieu, this translated into having to go into the administrative section, where people come and go. She was exposed, and ultimately, she caught [COVID-19].”

In the 24-page statement of claim, Beaulieu alleges she was forced to clean high-traffic common areas wearing only gloves.

At least three requests for masks or additional protective equipment were turned down, Beaulieu recounts in the paperwork.

The following information was disclosed in Beaulieu’s statement of claim.

When she started showing symptoms – fever and muscle pain, among others – Beaulieu was allegedly sent back to the unit with Tylenol and told by a nurse she couldn’t have COVID-19, as she hadn’t travelled, according to the statement of claim.

Beaulieu claims she was only tested for COVID-19 a week after symptoms appeared, and after moving units several times.

Confined to her cell all but 15 minutes per day, Beaulieu says repeated requests to speak to an Indigenous elder or mental health consultant while secluded went ignored.

No disinfectant was provided to inmates, despite instructions to wash hands regularly, according to the statement of claim. Guards, for their part, did not start wearing masks or gloves until after Beaulieu was tested in late March.

This, despite rigorous assurances from officials that equipment and sanitary guidelines were provided to frontline workers to stave off a potential outbreak.

According to numbers released by Correctional Services Canada this past weekend, Joliette is the federal institution with the most confirmed cases of COVID-19 in the country.

“[Inmates] have been neglected – no measures, no disinfectants, no masks, no gloves,” Larochelle said. “The general feeling coming up is that the prison administration was more interested in protecting the personnel than the detainees.”

Correctional Services Canada was not able to provide updated numbers or reaction to the lawsuit as of this posting.

If it’s approved, federal inmates who entered facilities in Quebec after Mar. 13, 2020 could be eligible to receive up to $100 in damages for each day spent incarcerated during the pandemic.

“The way things have been handled might be very similar in other provinces, and I don’t see why people from other provinces could not do the same thing,” Larochelle added.

The situation at Joliette is attracting the attention of national support groups.

The Canadian Association of Elizabeth Fry Societies, which advocates on behalf of incarcerated women, called the infection rate at Joliette “alarming.”

“Every time we speak with women who are inside the prisons, whether it’s in Joliette or other federal institutions  – they let us know they feel as though they’re not getting the right information. They’re kept in the dark,” Coyle told APTN News.

“And that’s particularly concerning for them because they’re trying very hard to participate in keeping themselves safe and healthy.”

Adding another layer of tension to the federal prison issue, on Thursday, the NDP requested the creation of a task force to identify inmates who should be released early to mitigate further COVID-19 spread through the system.

Jack Harris (St. John’s East), NDP critic for Public Safety, decried a “lack of concerted action” by Correctional Services and the Parole Board of Canada.

“For weeks, the NDP has been calling on the government to take steps towards releasing low-risk, non-violent inmates from Federal prisons to protect not just the inmate population, but prison staff and the surrounding communities from the dangers of COVID-19,” Harris said in a statement.

“By reducing the number of people in our prisons, social distancing becomes easier, the risk to inmates and staff is reduced, and the whole community is better protected from an outbreak,” he added.

Speaking during a press briefing on Monday, Public Safety Minister Bill Blair answered to concerns about government inaction by stating that “literally hundreds” of inmates received approval for early release in the last few weeks.

“But it’s done in a very careful and supervised way because safety is our first priority,” Blair said.

Over one third of the Federal inmate population is Indigenous, and considered by advocates to be particularly vulnerable.

But on Monday, Blair reminded reporters that a significant portion – about a quarter – of the 14,000 inmates currently in Federal custody are serving life sentences, and will never be eligible for parole.

In a follow-up email, Blair’s office could not provide an exact number of early releases, nor could they specify when – or where – they occurred.

In the response, a spokesperson for the Ministry of Public Safety said the parole board “streamlined a number of its policies and processes in response to an increase of parole-review submissions.”

But when APTN News reached out to CSC to find the exact number of inmates released because of COVID-19 – we were told an average of 600 federal inmates are released per month.

CSC did not respond to questions about how many of these releases were on record as being COVID-19 related.

In late March, the union representing 16,000 corrections and justice employees addressed Blair’s request for a review of “exceptional measures” for inmates, saying that expedited releases would require hundreds of additional hours of assessment and casework.

When contacted for a follow-up statement, the Union of Safety and Justice Employees told APTN it couldn’t “verify numbers.”

Coyle says she’s asked regional advocates across the country to keep an eye on upcoming – or exceptional – releases.

“It does appear as though they are trying to move a little bit quicker on some vulnerable cases,” Coyle explained. “We’re are hearing there is now some movement that’s happening beyond the normal releases.”

Harris says appointing a Federal court judge to oversee the task force would ensure Correctional Services and the Parole Board move swiftly to identify potential candidates, and that their cases are prioritized.

He points out the UK, US, Germany, and “many provincial and territorial prisons” have already made considerable progress.

“Releasing low-risk offenders who are near the end of their sentence, already on day-parole, or very sick may be one way to start quickly,” Harris added.

In British Columbia, family members and activists are trying to support prisoners locked up in the Mission Institute, a minimum security prison outside Vancouver.

It’s the site of the largest COVID-19 outbreak with 70 confirmed cases – 60 of those are inmates, nine are guards and a staff member.

Nicole Morton’s brother in law is inside the prison.

“He needs to be able to contact us if they are not doing video visits or contact visits or they are net getting their mail then they should be able to call their family and they should put everyone’s number they can like they only get a small window,” she said. “I have heard to come and make phone calls and to shower every five days that is wrong.”