Iman Kassam
APTN National News
YELLOWKNIFE, NWT — The Northwest Territories is launching what an investigation into the circumstances that lead to the death of Inuvialuit elder, Hugh Papik.

According to a statement from the minister of Health for the Northwest Territories Tuesday, the investigation was called after media reports told the story of the man’s death.

“I believe that the serious nature of certain concerns expressed in the media warrant a comprehensive external investigation with a view to determining whether there are learnings we can glean that will help us to improve the care we provide to elders and other residents in our small communities and throughout the Northwest Territories,” he said in the statement.

It’s not clear who will lead the investigation or whether the findings will be made public.

His niece, Maggie Papik told APTN that his home care staff didn’t call an ambulance because they assumed that he was drunk.

She said once he was brought to the community health centre, the nurses also assumed he was drunk and didn’t treat him. She says they sat in the health

By that point, she says her uncle didn’t know his own name.

She said they sat in the health centre for more than six hours before he was medevaced to a larger health centre in Inuvik.  By that point, she says her uncle didn’t know his own name.

Maggie Papik was told by doctors that her uncle had too much swelling in his brain, and wasn’t going to make it. She then decided to take him off of life support.

Hugh Papik died on Aug., 15 at the health centre in Inuvik. 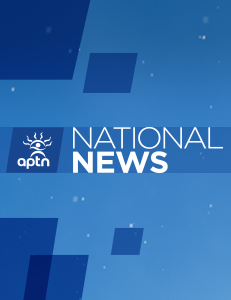