A record number of women were voted in as councillors in the Yellowknives Dene First Nations election.

Every four years community members gather in Dettah to swear chief and council.

It’s honoured through traditions, like a feeding of the fire ceremony and drum dance.

But this time around there’s a renewed spirit as pen meets paper – seven out of 10 of the elected councillors are women.

“As a community member before I ran for council it was accountability. You know what has chief and council done, what have they accomplished? I want to be able to bring that accountability and say I checked this off my list and this is something that the community as a whole needs,” Deleary said.

(Jessica Deleary is one of seven women voted to council in the last election. Photo: Charlotte Morritt-Jacobs/APTN)

There was also a shift in who ran.

“I noticed when I was working for Lands Department with the band that I would go to all of these meetings and there would be no youth in attendance,” Lynn said.

“We have a future so we deserve to have a say in that future.”

Lynn has already proven herself as a leader by cofounding a youth group with renovations on a youth center already underway.

“If you were to go to any of the youth a lot of them wouldn’t have any idea on what to tell you. I want to make sure that we have at least monthly meetings with the youth. We come together and share concerns,” she said.

“We say what’s going on with us and what we want to see.” 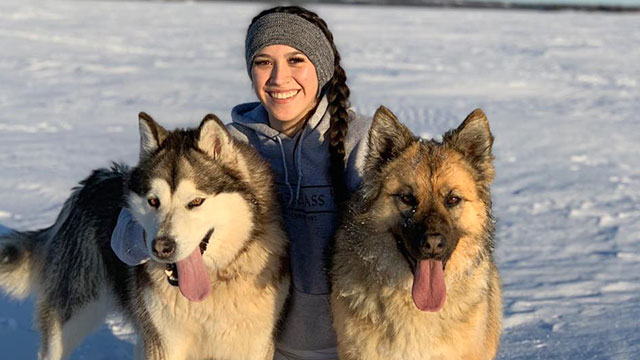 (“We have a future so we deserve to have a say in that future,” said Kateri Lynn, one of seven women voted to council. Photo: Charlotte Morritt-Jacobs/APTN)

Deleary is also looking to the next generation as her motivator in office.

Yellowknife Mayor and some city councillors also attended the evening’s festivities, marking a possible change in relationship as the Akaitcho Land Claim draws closer to a close.

Deleary and Lynn said they are also looking to working with neighbours on issues that affect membership.

“It was nice to have them [Yellowknife City Council] here at the swearing in ceremony. I had a few of them approach me and introduce themselves which is really great. And then they spoke about looking forward to the next council to council meeting,” Deleary said.

It would be nice to bring reconciliation issues to the table.”