The Tunngasugit Inuit Resource Centre in Winnipeg hasn’t been open a month yet, but according to one of the owners, the board is already looking to expand its services.

At the moment, the centre, the first of its kind in Western Canada, offers a common area where visitors can relax, watch TV, and use computers.

The centre also has a children’s play room that features Inuktitut art, books, and word searches.

With the positive response from the community to the opening of the centre, they’re hoping to expand their services.

(Judy Kappi, from Rankin Inlet, is a frequent visitor of the centre where she is able to speak with other Inuit visitors. Photo: Ashley Brandson/APTN)

The centre officially opened its doors to the public on May 4.

“It was packed, but it was amazing because it felt like you were home, everybody speaking Inuktitut,” says Angoo.

She says the space was created to help the more than 500 Inuit who live in the Winnipeg area.

“The goal for this organization is for Inuit to be known in the city, because there’s no Inuit centric services,” she said. 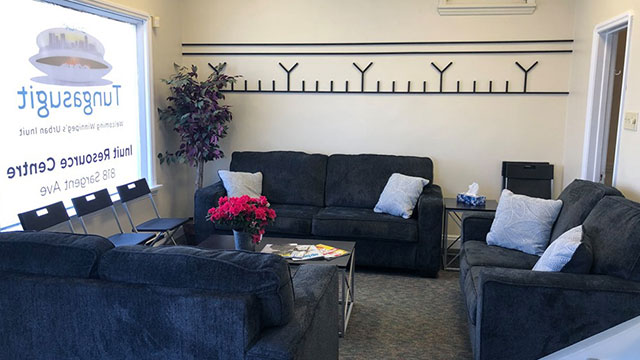 The doors have only been open for a few weeks, but the outreach coordinator explains the place has been busy non-stop with Inuit people coming and going.

Angoo says she she moved to Winnipeg 10 years ago from Whale Cove, Nunavut to attend secondary school.

She says there was no Inuit resources for her, which she admits was hard at times.

“I spoke to other Indigenous Elders and we smudged and we went to a sweat,” she said.

Steve Massey is one of the founding board members of the new centre.

He says about two years ago, several Inuit in the city approached him to help them start a front-line service organization for Winnipeg’s urban Inuit. 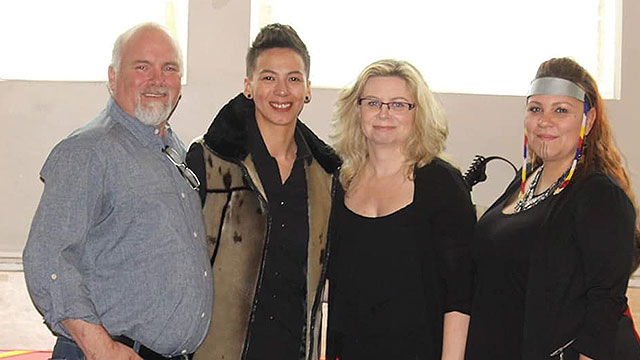 The founding board members of Tunngasugit Inuit Resource Centre applied for federal funding in June 2018.

Nearly a year later in March 2019, the funding was approved.

Judy Kappi is from Rankin Inlet and has been in Winnipeg for 9 years.

She’s a frequent visitor of the centre and says it’s wonderful she’s able to speak with other Inuit.

“Speaking our language, it’s a lot more easier and comfortable and more understanding.  With other languages, it’s hard to communicate with them, because we don’t understand each other,” says Kappi.

Currently, the centre is looking for household donations to help Inuit families in need.

The organization is in the process of applying for their charitable status, so the centre can raise funds for the expansion, but the application process could take a while.

For more details about the centre, you can out its website at www.tunngasugit.ca