Seeds dating back hundreds of years are being used in a five hectare garden on Tyendinaga Mohawk Territory is now home to the Kenhte:ke Seed Sanctuary Centre.

The centre holds more than 100 varieties of vegetables – some using what are called heirloom seeds that date back to the 1400s.

“Many of them would have been grown on Turtle Island for a long time for a lot longer than that,” she says. “We just don’t have the documentation to back that up yet.”

Henderson says this agricultural practice that has been lost in many ways.

That’s why she says it’s important to keep this going.

This fall will be the garden’s first full crop.

Janice Brant is involved in the project.

She says while the vegetables look like they’re ready to be harvested, they’re not ready for the table just yet.

“Most of our mission is concentrated on the production of the seed itself,” she says. “Then the seeds can be distributed and then the seeds can start growing and that actually helps the food system by making more foods available locally to people, rather than shopping for them.”

These gardens have always played a role in Mohawk culture and teachings.

Nikki Auten says keeping this tradition going is why she volunteers here.

“As a Haudenosaunee person, seeds come from our creation story, right our first woman that fell from the sky, brought with her seeds so within that teaching, it tells us that women are protectors of seeds and growers of seeds and I really wanted to be involved in that.”

According to Brant, some of the harvest have already been distributed to community members.

The hope is to ensure this Mohawk tradition continues for future generations. 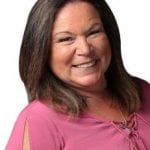