Chrystal Sparrow is an artist, but not just any artist.

She’s a Coast Salish carver, which for a woman isn’t common.

“There’s still that stereotype with men who are like ‘did you carve that or did your brother carve that for you?’ No I carved it and yes I use a chainsaw and yes I use power tools,” Sparrow says while laughing. 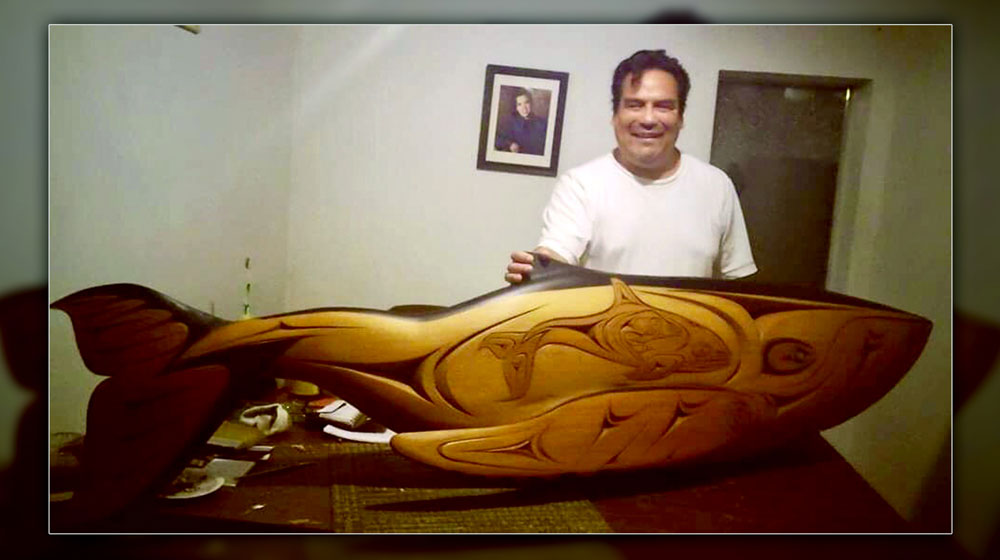 Chrystal’s late father was a master carver who saw her talent as a child.

“And I had the privilege of learning first hand his experience through him carving in our kitchen, him talking about art and stories he heard from elders.” 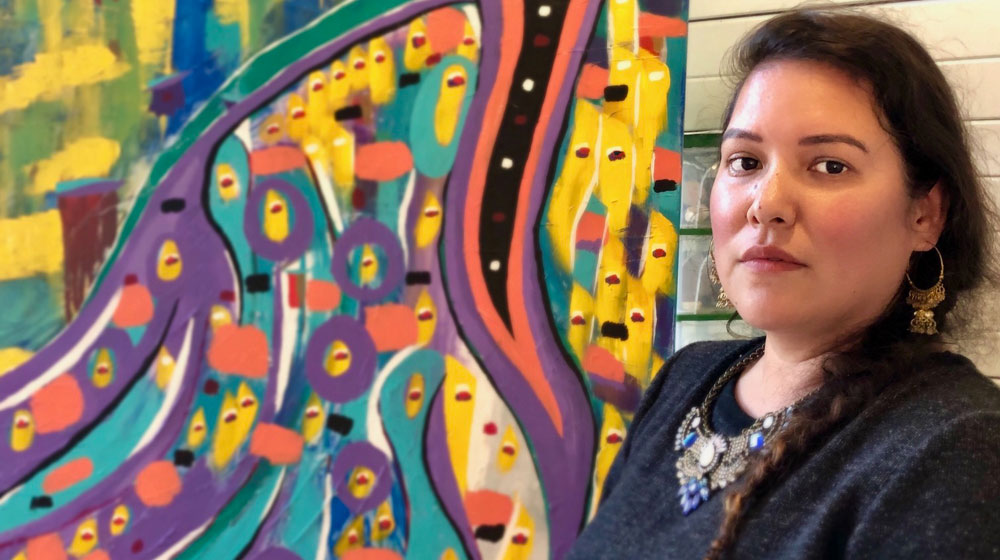 Sparrow has had an exciting year.

She is finishing up her last week as the City of Vancouver’s inaugural artist chosen for their A-Frame Activation program in Stanley Park.

The old wooden A-frame fieldhouse by Second Beach is her studio.

The goal is for artists from either Musqueam, Squamish or Tsleil-Waututh Nations to engage the community on their unceded traditional territory.

“This art residency has been a really good experience,” says Sparrow. “I have had visitors come who are non First Nations and who are First Nations and it’s really been an opportunity to share my work and my views as a Coast Salish artist. 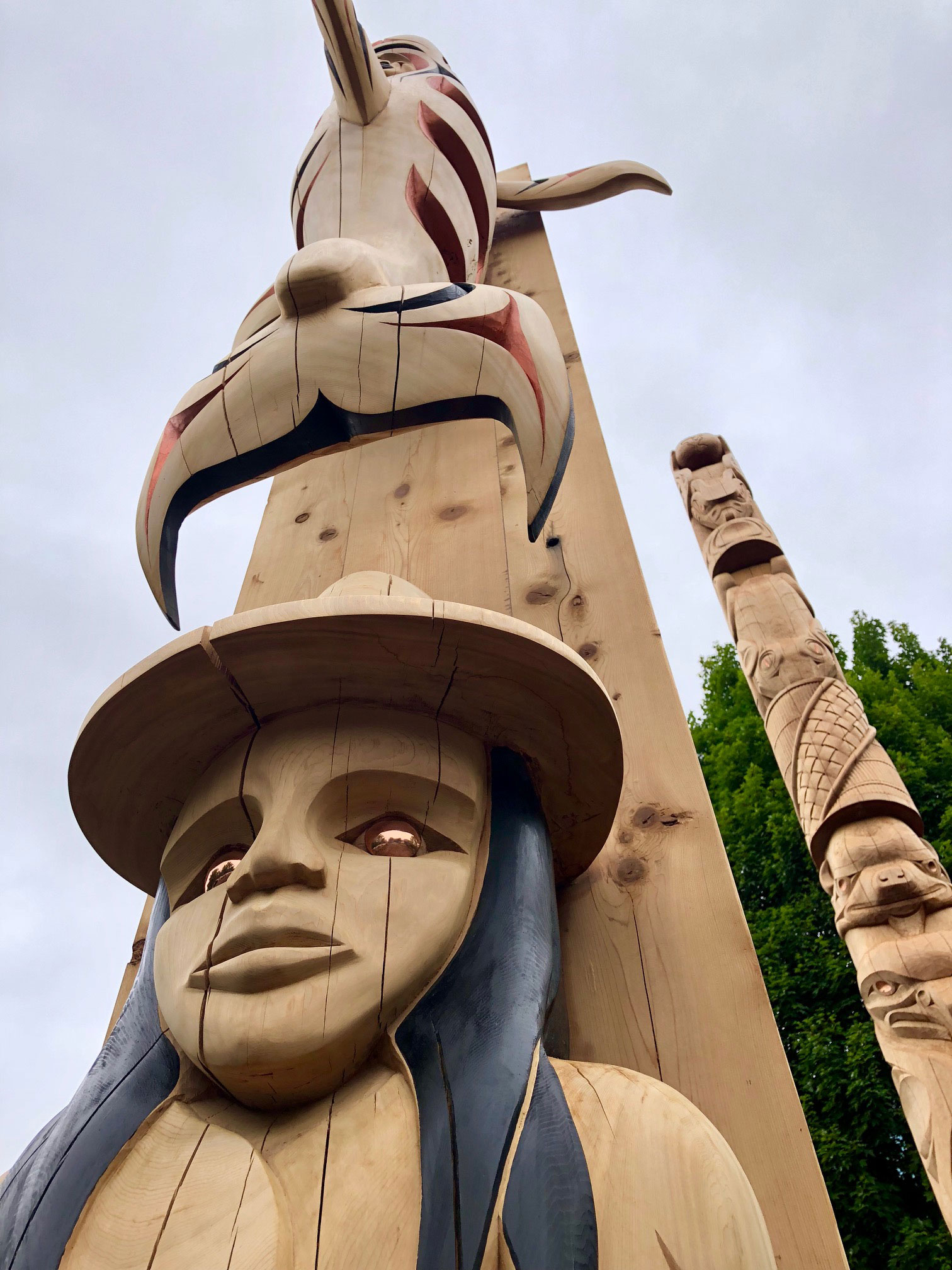 It was unveiled on National Indigenous Peoples Day.

Sparrow teamed up with her younger brother, Christopher Sparrow.

Chrystal chose to carve a female welcoming figure in honour of her Coast Salish background.

“And I have been told when people see her that she is such a calm presence, that there is a wisdom there and that is so neat to hear that.” 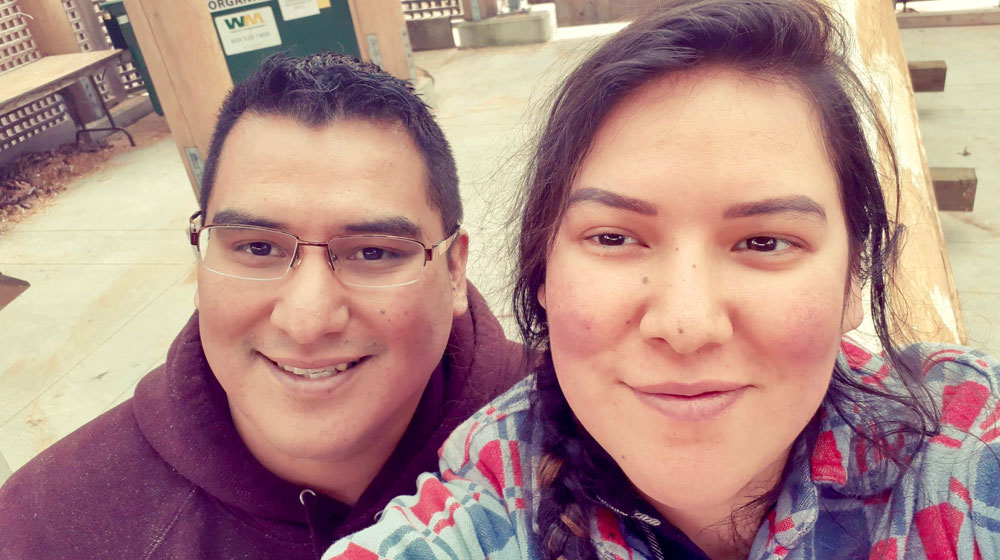 Chrystal says the combination of her female figure and her brother’s killer whale is very powerful.

“There’s this warrior represented in the killer whale and there is this warrior woman-like figure that is embodying this strength, this energy, it feels alive,” says Chrystal. “When I see her I feel this presence about her.

“I feel like we’re connected and that she’s watching me.”

Sparrow is proud of her achievements and takes her art very seriously.

“I have this obligation, I have this opportunity to share my work,” she says. “Not only is it being seen as something important like house figures or panels or spindle whorls, but that it is a part of history, it’s living, it’s breathing. I am really honored to have a really important role in my community and that is being a Coast Salish artist.

Sparrow’s next goal is to start her masters degree in expressive arts therapy in Switzerland.