A relative of Verna Simard is calling on Special Olympics to apologize to families of missing or murdered Indigenous women and girls (MMIWG).

Christine Simard-Chicago said she was shocked to see a Facebook post encouraging people to kidnap others in exchange for donations to a “Kidnapped 4 a cause” event run by the Special Olympics chapter in Thunder Bay, Ont.

Simard-Chicago’s cousin Verna Simard, a mother of five, died in Vancouver after falling from a hotel balcony on Sept. 16, 2011.

According to media reports, police said the case was suspicious but later determined no foul place was involved.

Simard-Chicago worked in community relations with the National Inquiry into Missing and Murdered Indigenous Women and Girls where families recounted horrific stories of kidnapping and murder of their loved ones. 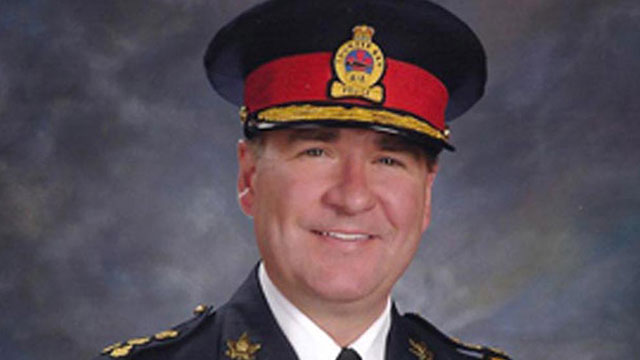 Thunder Bay has made headlines for tensions between the local Indigenous community and police sparking multiple inquests.

Simard-Chicago is 100 per cent behind Special Olympics but said she has been hearing the title of the event is deeply offensive to MMIWG families across the country.

“It hurts. But I was very angry as well,” she said. “The advisors to the Special Olympics shouldn’t have chosen kidnapping. Maybe “Jail and Bail” – I know that’s been done.”

Participants are invited to “kidnap” local people on November 7,  and take them to an undisclosed location where they have an hour to raise “ransoms.”

Levesque did not respond to a request for comment.

For Simard-Chicago, the fact a former law enforcement officer is part of the event’s organization is problematic.

“That’s really disheartening because JP Levesque, I believe, would have been there during the inquest of the seven youth who died,” she said.

“I thought he would have more sensitivity.”

A Facebook page advertising the event shows a man bound in duct tape with his mouth taped over – something she said is particularly triggering for families.

“I’ve had families reach out from all over the place being upset by this and wanting to write to the Special Olympics to change the title.” “Nominate your boss, coworker, your friend, your spouse…doesn’t matter just know the volunteer ‘hostage’ will have a ton of fun,” the website reads.

“When you are kidnapped, it is not a ton of fun,” Simard-Chicago said. “It is not fun to yell and scream and have no one come for you.”

His pledge web page shows donations are at more than $2,000.

NAN declined a request for an interview and sent a statement instead.

“Several people have responded in a negative way to the title of a fundraiser that Grand Chief Fiddler is participating in to support the Special Olympics Canada Winter Games,” the organization said in an email.

“Many NAN members and other Indigenous athletes will participate in the Winter Games, which will be held in Thunder Bay in February 2020. ‘Kidnapped 4 a Cause’ is the official name of the fundraiser and was not selected by NAN. We understand that some people have found this title offensive. We did not intend for any grief to be caused to victims and families affected by MMIWG, abuse, abduction and all forms of human trafficking,”

Simard-Chicago said she is surprised that Indigenous leadership in the area would participate in such an event especially in light of the tensions in the community and findings of the National Inquiry.

“When I saw Grand Chief Fiddler doing this and with NAN having standing at the National Inquiry…I thought maybe they would have more sensitivity in regards to MMIWG and the families that are impacted right in Thunder Bay but right across the country,” she said.

“I would like to see an apology from the Special Olympics organizing committee in Thunder Bay to the families of MMIWG across the country.”

Special Olympics apologized for the upset in a statement sent to APTN late Wednesday.

“We have recently been made aware that the name and imagery associated with a fundraising event “Kidnapped 4 a Cause,” has led some individuals to feel discomfort and/or has activated difficult memories of traumatic events,” Barry Streib, chair of Special Olympics Canada Winter Games, Thunder Bay 2020 Organizing Committee, said an emailed statement.

“On behalf of the Games Organizing Committee, we apologize for any adverse impacts this event’s promotion may have caused. We recognize the unintended harm of our messaging, and will not run an event in this name in the future.”

In the statement, he thanked “those who have come forward for their courage in sharing their concerns” and said he appreciated the “community’s understanding as we learn from this experience.”