Family members of Winnipeg’s missing and murdered Indigenous women and girls came together to stand hand in hand with commissioner Michéle Audette in what would mark the end of the national inquiry but more importantly mark the beginning of healing for many involved.

Audette was in the city Tuesday for a community forum on the inquiry’s final report released last week.

“You just shook a country,” Audette told the crowd. “Now the entire world knows that you are here, that you matter.”

The day was an emotional one.

“If I failed you I’m sorry,” the commissioner said fighting back tears. “There’s thousands of people that believe that a country failed our loved ones.

“I know the movement created this…I’m so proud of you.”

Over the course of the nearly three-year long inquiry commissioners heard from more than 2,300 families and survivors.

Audette heard from some of those families again during the community forum.

Among them was Isabel Daniels.

She’s happy the Inquiry is over.

“It was a two-year process of being stuck in grief and bereavement,” she said. 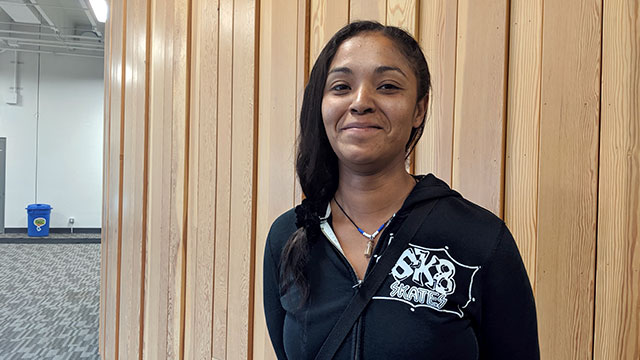 Daniels testified during the Winnipeg hearings in October 2017.

She shared the story of Nicole Daniels, her cousin, who was found dead in April 2009 at the age of 16.

Police had concluded Daniels froze to death and closed her case after autopsy results showed alcohol as a contributing factor in her death.

It’s a conclusion the family has never accepted

Prior to her death, Daniels had met up with an older man after connecting with him through a dating service.

The family believes the man supplied Nicole with alcohol and left her for dead.

As the public moves to act on the inquiry’s 231 calls to justice, Daniels urges governments to invest in mental health and addiction supports for women.

But she says First Nations leadership also needs to step up as well.

“I would like to see them take the bull by the horns and guide our communities for people that are struggling in our First Nations communities,” said Daniels.

On Monday, Audette visited the city of Thompson in Northern Manitoba for a separate community forum.

The Inquiry hosted hearings in March 2018 after hearing concerns from northern families.

She said it was important to finish her tenure as commissioner by revisiting communities in the province.

“It’s important that I come back and make that closure with them.”

Commissioners will be traveling to Saskatoon, Whitehorse and Toronto this week for similar presentations, Audette said.

For Daniels, her experience with the Inquiry has come full circle.

Now that it’s done she calls on families to support each other so they can move forward.

“We’ve been grieving long enough. I think it’s time we try to find a way to live.”