Trina RoacheAPTN InvestigatesA new documentary hopes to shed light on the Mi’kmaw roots of one of Canada’s favourite sports – hockey“The Mi’kmaq were always the common denominator in the evolution of hockey,” said Cheryl Maloney, who produced the documentary with her sister April Maloney.The Game of Hockey; A Mi’kmaq Story traces the history of the Mi’kmaw contribution.“To me it’s like reconciliation and evolution together,” said Maloney. “The problem is nobody’s ever recognized the Mi’kmaw role.” 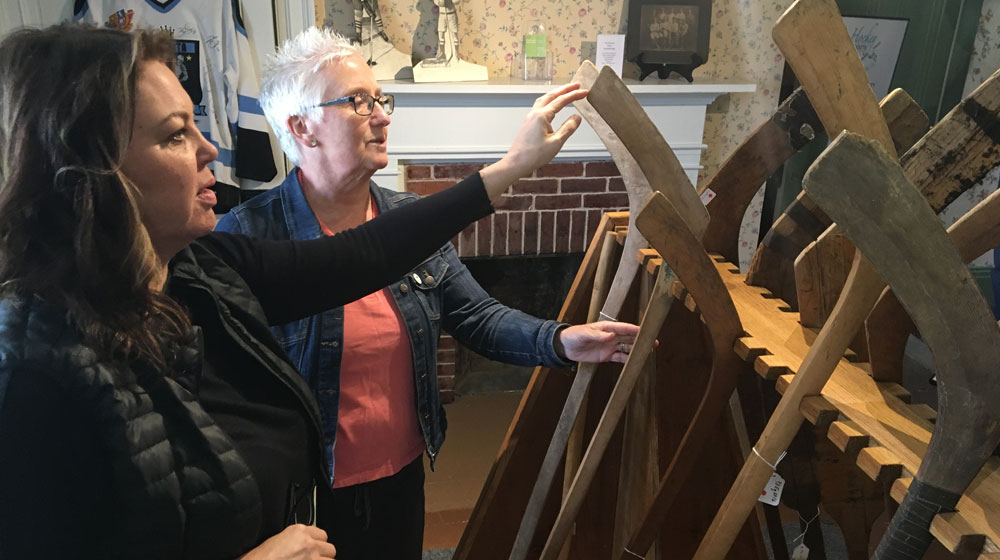 (Cheryl Maloney and Trina Norman look over old hand carved Mi’kmaq hockey sticks. “The Mi’kmaq were always the common denominator in the evolution of hockey,” says Maloney. Photo: Trina Roache/APTN)The ongoing debate over the birthplace of hockey has raged for decades, with claims in Europe, Kingston, Ont., Montreal, Que., Déline, NWT, and Windsor, N.S.Hockey historian David Carter says a game with a stick and something to hit is universal, across time and cultures.Some of the historical references to a game on ice are one-time mentions.“In Nova Scotia, what we have are mentions of the game over time in a consistent fashion and I call that stickiness,” said Carter.“And I think you were able to connect dots to the game we know today of as ice hockey.”Carter says hockey is less about invention and more about innovation.“I think the spirit of the game comes from various threads,” he said. “And the Mi’kmaq are certainly part of that tradition.” 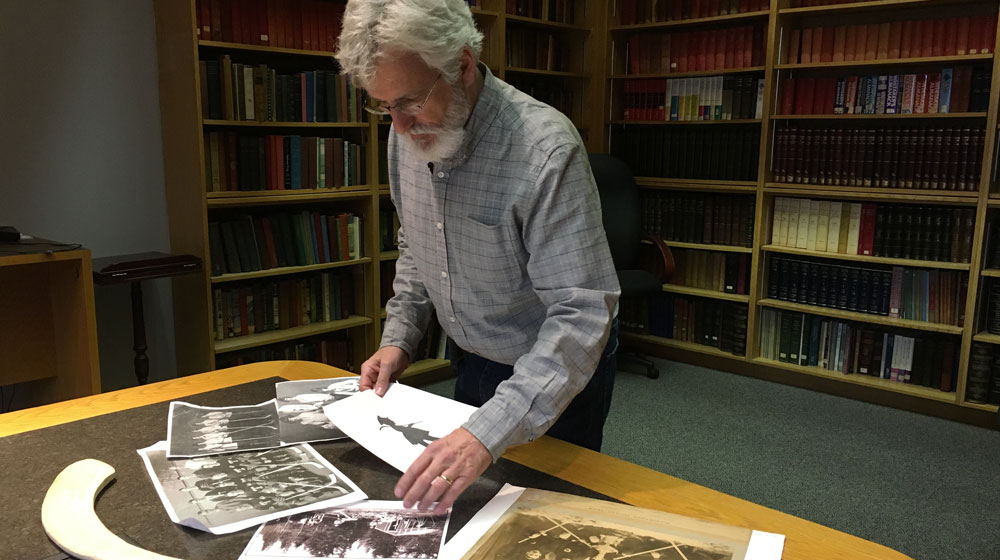 (“It’s such a rich history,” says hockey historian David Carter seen looking over some old photos at the Nova Scotia archives. Photo: Trina Roache/APTN)The Mi’kmaq were master carvers and by the turn of the 20th century, were making hockey sticks that were shipped all over the world.“One of the most important records that I found from Indian agent records is from 1909-10, for the Colchester district, in which the agent claimed that they made a thousand dozen sticks. That’s 12,000 sticks,” said Carter.“It’s definitely something to be celebrated. It’s such a rich history.”In 1943, Mi’kmaw Elder Joe Cope waded in to the debate on hockey’s origins, writing in the Halifax Herald.“The honor and credit wholly belongs to the Micmac Indians of this country, for long before the pale faces strayed to this country, the Micmacs were playing two ball games – a field and ice game.”One of the frustrations for Maloney is that the Mi’kmaw role often gets left out of research based on written records.“It’s because of how we recount history in Canadian society and how they want a birthplace or how they want an invention or a copyright or a patent. We don’t have that,” said Maloney.“And so I thought, well, you know what? That’s not our fault.” 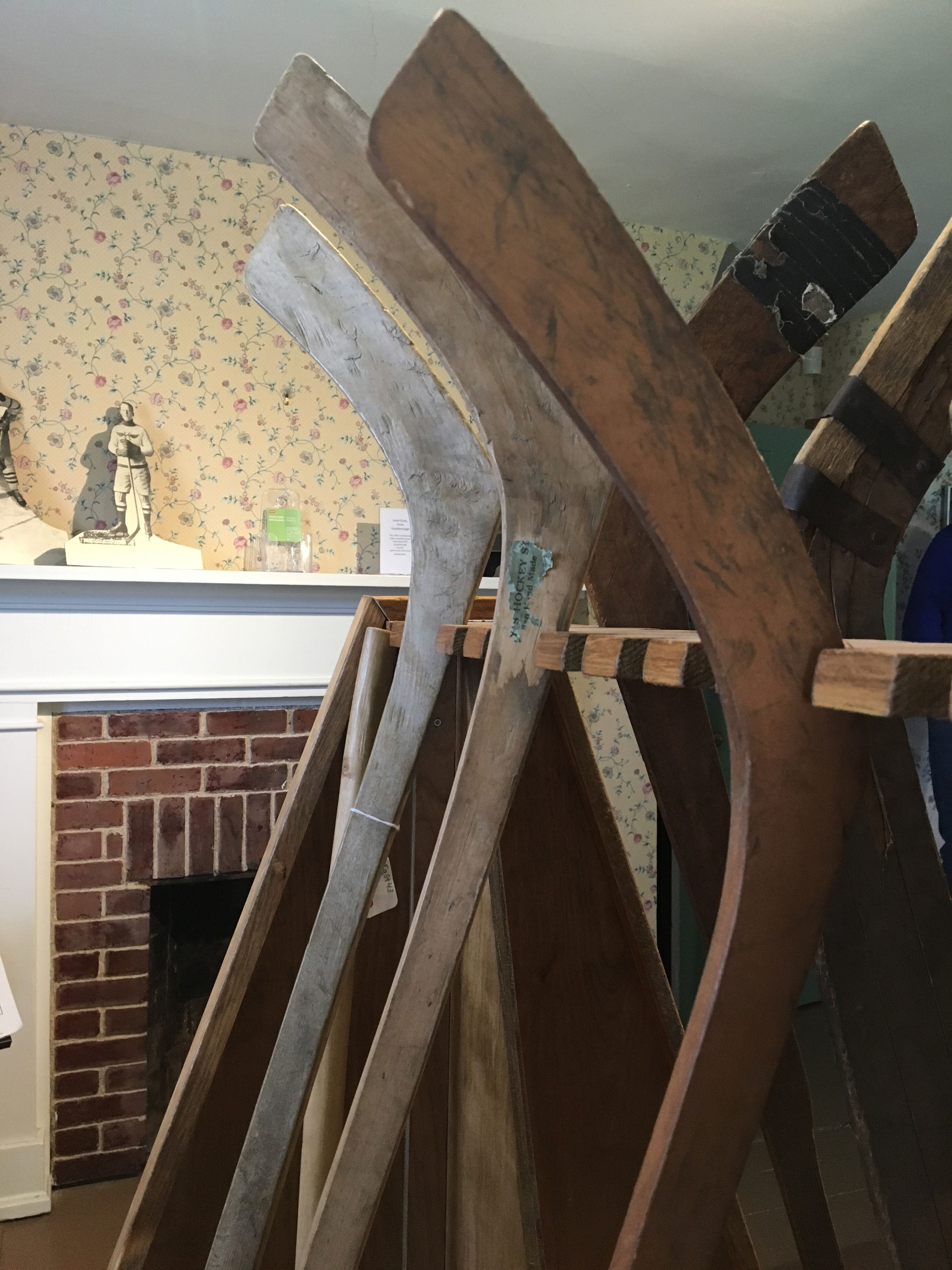 Maloney went to check out the hockey collection at the Haliburton House Museum in Nova Scotia.President of the Windsor Hockey Heritage Society, Trina Norman, showed her a Mi’kmaw-made stick they recently acquired that’s older than the NHL.“It’s actually quite amazing, isn’t it?” said Maloney, admiring the stick made by Frank Toney around 1910.“It’s beautiful,” said Norman. “It’s a work of art.”“People all over the world are sending back to the Micmacs for hockey sticks,” said Maloney. “That’s one thing that we can say for sure. And they were sending back to Nova Scotia.”

(An ad from the 1904-05 Eaton catalogue selling a dozen sticks for $4.50.)Norman and Maloney agree there’s a lot more to learn and hope to work together.“This is a shared history,” said Maloney. “But it certainly has Mi’kmaw roots.”Seventeen-year-old Mi’kmaw hockey player Erin Denny ties that historical connection to a love of the game today.“I find it really cool because like Mi’kmaq people are really getting good at hockey,” said Denny. “Like if you look at us in Eskasoni, we’re such a hockey community and it’s just really cool to see how we started it.”Denny plays for the MacIntyre Panthers, a female midget ‘AAA’ team in Cape Breton. 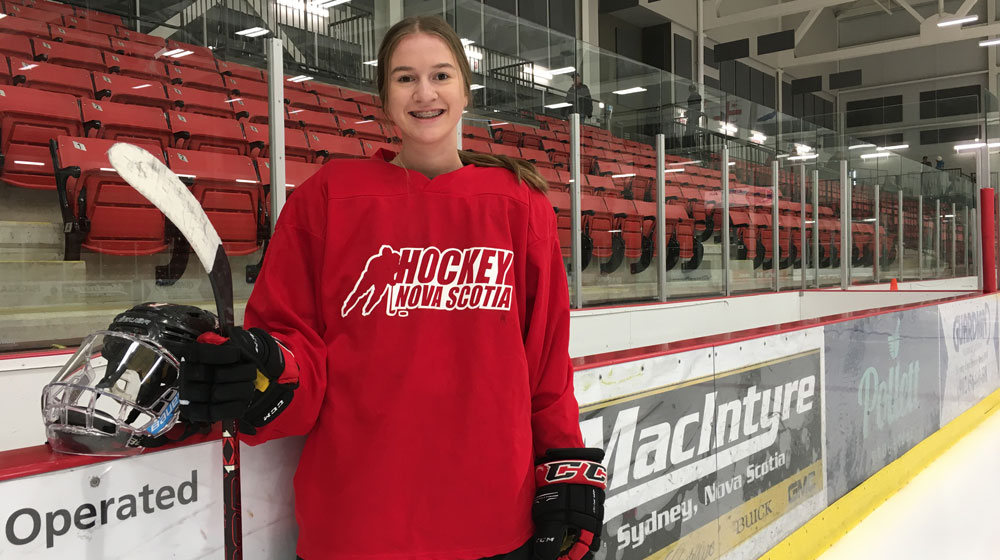 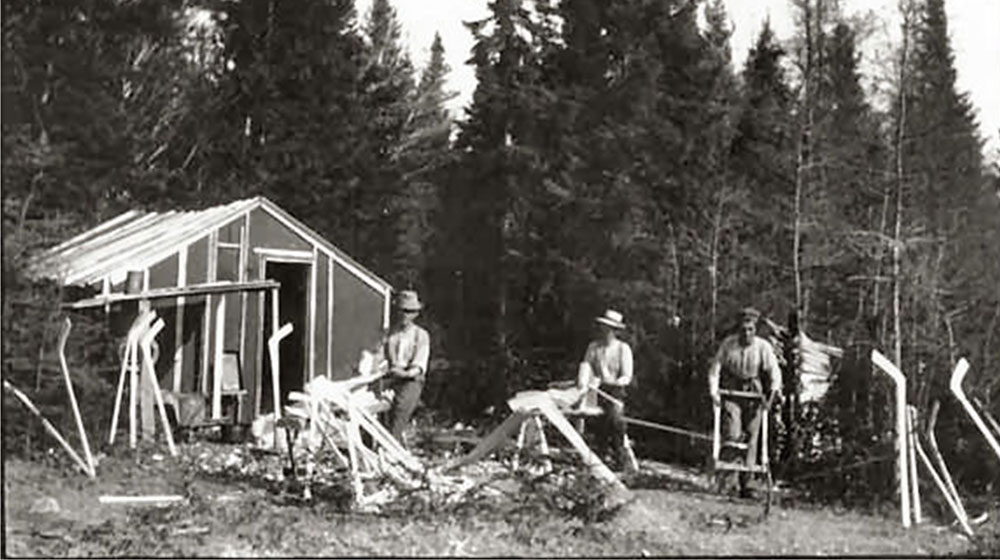 (Mi’kmaq carvers making sticks circa 1890. Photo courtesy: Nova Scotia Archives)Maloney said she hopes her film increases the recognition of the Mi’kmaw contribution to the evolution of hockey.“This is about reconciliation,” said Maloney. “And to me this is bigger than hockey. It’s a bigger story than just trying to claim ‘this is where hockey started.’ It’s not about where hockey started. It was the contributions of Indigenous peoples to the country we live in now. And taking that back, especially for our kids. Hockey is a tough sport to be in.”With the Stanley Cup Finals playing out this week, Carter wants hockey fans to know hockey’s origins can trace back to Nova Scotia.“We have the deepest roots of the first traditions of the game as we know it today, said Carter. “I think we have a collective story here to share and be extremely proud of.”