The annual winter games in Mathias Colomb First Nation isn’t letting the COVID-19 pandemic get in the way of carrying on with a tradition.

The 2020 Annual Pukatawagan Winter Games were cancelled this year due to the ongoing pandemic – but the community and a trio of organizers refused to give up.

“We had already planned all our activities and games but a week prior to the games starting, we were advised we shouldn’t go ahead,” said Beverly Linklater, one of the organizers. “Chief (Lorna) Bighetty and Councillor Shirley Castel were encouraging us to do something. Chief was the one who said ‘Why don’t you do something online?'”

For more than two months, Linklater, Margaret Colomb and Chelsey Linklater had worked hard to organize the week-long festival in real life.

The First Nation is a mostly fly-in community of 3,860 members more than 700 km north of Winnipeg.

“It was really disappointing.” 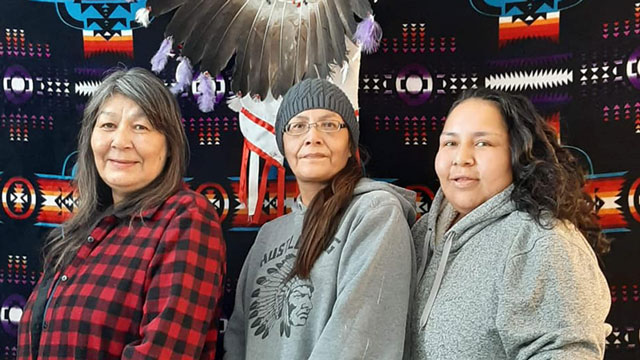 Now the trio has moved online to offer jigging competitions for all ages, duet-singing, crazy hair  and even an Elvis impersonation contest.

On the Welcome to your 2020 Annual Pukatawagan Annual Winter Games participants pay a small entry fee and there are even prizes for the winners.

“It is something we came up with together,” said Chelsey Linklater. “We are trying to uplift everyone in our community because we can’t be together right now.”

For Margaret Colomb, getting the page together was very important for the community.

“Just so we can get together, have some fun rather than staying home and doing nothing.” she said. “We make decisions together as a group.”

She said they now have more than 1,400 followers from as far away as Australia, California and New York. 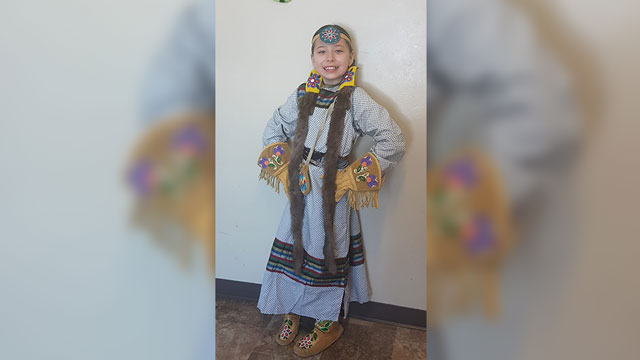 Linklater said she is seeing people participating in the virtual games that she hasn’t seen compete in real life.

“I am seeing a lot of people that have never competed in our events,” she said. “It is not something you see everyday to get out of your shy shell and put something out there for everyone to see.”

She said you don’t have to be a band member to join in the fun.

“Now that everyone wants to participate, we are actually just letting anybody come and join us on our Winter Games.”she said.

“Everyone is happy and that’s what we wanted.”