Paul Barnsley
APTN News
Wilton Littlechild, the grand chief of Treaty 6 territory, on which the Edmonton hearings of the National Inquiry into Missing and Murdered Women and Girls took place, made a brief appearance on the final day of the hearings to offer encouragement to the commission and to the 75 witnesses who testified during the three-day session.

Littlechild a 40-year veteran of First Nation political and legal battles, has a resume that includes playing a key role in the development of the United Nations Declaration on the Rights of Indigenous Peoples (UNDRIP), the creation of the UN Permanent Forum on the Rights of Indigenous Peoples and, more recently, serving as a member of the Truth and Reconciliation Commission.

For many years, he was the legal representative for the Samson Cree Nation at the United Nations. He briefed the Day 3 attendees on the latest developments on the issue of violence against Indigenous women in international law.

Other work has been done, he added.

“There are 11 articles of UNDRIP that deal squarely with this issue and several other international covenants,” he said. “So it’s not a lack of law, it’s a lack of implementation.”

The United Nations Permanent Forum on Indigenous Peoples has also passed a resolution saying that “violence against Indigenous women must be eradicated”, he added.

The International Labour Organization (ILO), the Organization of American States (OAS) and the Inter-American Human Rights Commission have also studied and reported on the issue.

Indigenous delegates to various international organizations have been successful in achieving growing international recognition of the legitimacy of Indigenous laws, he added.

And women are claiming the role of “empowered actors,” he said.

“Women now reject being categorized as victims and now demand recognition as rights holders,” he said. “And we must consider the role men play in preventing violence.”

Littlechild reminded the federal government of the promises of Prime Minister Justin Trudeau on Aboriginal issues.

“I’m encouraged by what I see across the country recently,” he said. “This looks to be a new era. It’s a short window. This is our time.”

He urged the MMIW commissioners to make the most of their mandate.

“We look to you to help us. We have to get on with our healing,” he said.

Referring to advice he heard as a member of the Truth and Reconciliation Commission, he encouraged the commission to deeply understand what they have the opportunity to address in their report and recommendations.

“I was woken up [to the issue of missing and murdered women] by a young woman early in our discussions, who said ‘you talk about what happened to children and parents at residential schools. But what about those of us who come after?’”

He said intergenerational harms from colonialism, oppression, and residential schools have left their mark on succeeding generations and those harms must be understood, confronted and dealt with. 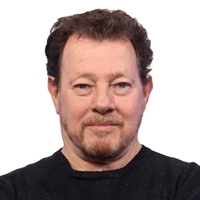