The 18-year-old was looking at charges of aggravated assault and domestic assault stemming from an incident this past summer with his partner Lisa Chubb.

“My worst case scenario I was thinking in my head I’m going to get like a month in Dauphin jail,” Sutherland told APTN News.

That changed when he decided to get help navigating the criminal justice system.

Sutherland is one of the 4,500 people who went through a restorative justice program in Manitoba this year.

“It opened my mind to different things and different perspectives,” says Sutherland.

“After going through those things and getting my charges dropped… it did kind of rearrange my thinking.”

According to Canada’s Department of Justice, the restorative justice program focuses on addressing the harm caused by crime while holding the offender responsible for their actions by providing an opportunity for the parties directly affected by the crime – victims, offenders and communities – to identify and address their needs in the aftermath of a crime.

It has been part of Canada’s criminal justice system for more than 40 years but many aren’t familiar with the approach.

The Department of Justice released a national survey earlier this year and found 52 per cent of Canadians know little about restorative justice.

The Southern Chiefs’ Organization (SCO), a group that represents 34 First Nations in Treaty 1 (Manitoba) is working to change this.

The organization has five community justice workers who cover 13 of its communities.

She is working with Sutherland and Chubb. 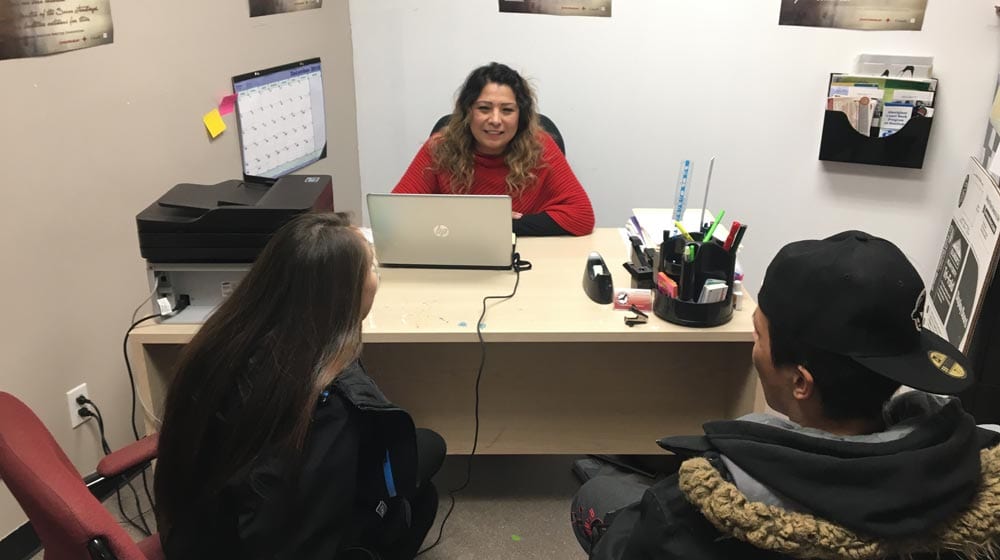 According to Nepinak, in August, Sutherland and Chubb got into an argument while under the influence. Sutherland was charged and sent to a holding cell for the evening.

But Chubb, 19, said she initially started the fight and Sutherland was defending himself.

She was eventually taken to the nearby Dauphin Correctional Centre where she stayed for a week.

After Sutherland was released he went to Nepinak for help before his first court date.

Nepinak developed a plan for Sutherland with the community’s justice committee.

It included traditional healing and workshops.

“Me going to sweats and traditional things it’s really helped with bettering myself, bettering her, my family, friends, people around me in my community,” says Sutherland.

“Basically talking to Crystal and going through all this stuff is making me want to do better for myself, for her [and for] our baby on the way.”

Sutherland and Chubb are expecting a baby next year.

Chubb is in the process of completing her program. She said the experience has made her realize she was being ‘immature’ at the time of the incident.

Manitoba ranks second for the highest number of Indigenous adult inmates in the country, according to Statistics Canada.

Nepinak sees her role as much more than one in the community.

“I like to think of our position as community justice workers as not only working with the community but also being eyes and ears in the court system,” she says. 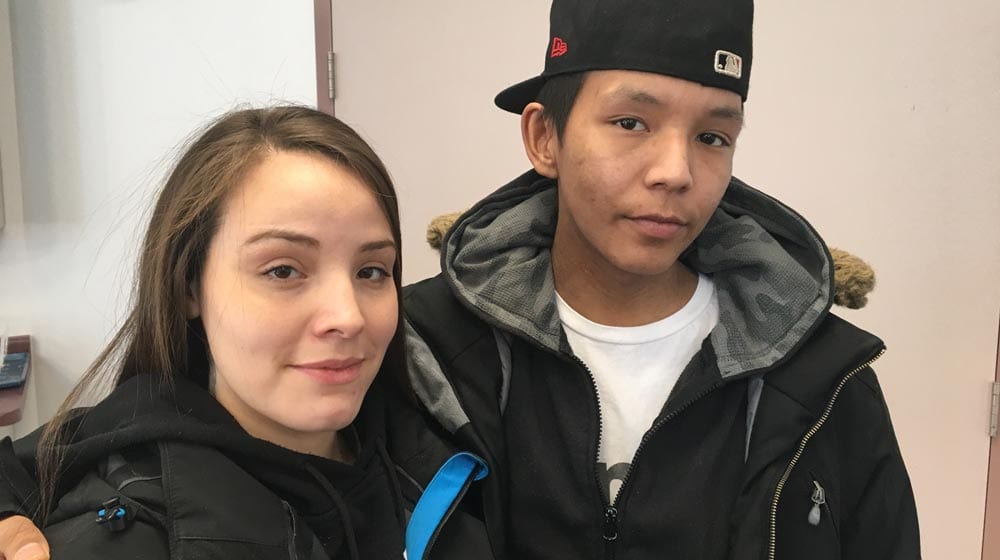 The provincial government has committed to lowering incarceration rates. Earlier this year it released a strategy to divert more people away from jail.

According to the office of Cliff Cullen, the minister of Justice and Attorney General, as of Nov. 30 – 4,503 cases have been diverted. In 2017 the number was 4,426 for the entire year.

“A lot of our people going right to court – there’s nothing learned at all but when they come through our program they start to understand more of the process and how they got there, why they’re there and what it takes to get out of there,” said Nepinak.

The SCO is working at adding more programs including one in Sandy Bay Ojibway First Nation.

Nepinak says this is necessary.

For the past year-and-a-half she has worked at educating local RCMP and police officers on the option of restorative justice.

She says support from the courts and law enforcement hasn’t always been there, but it’s slowly changing.

Nepinak, who also went through a diversion as a youth, feels the program is successful.

She’s witnessing it with Sutherland and Chubb.